The Shogun: One wagyu beef double cheeseburger to rule them all 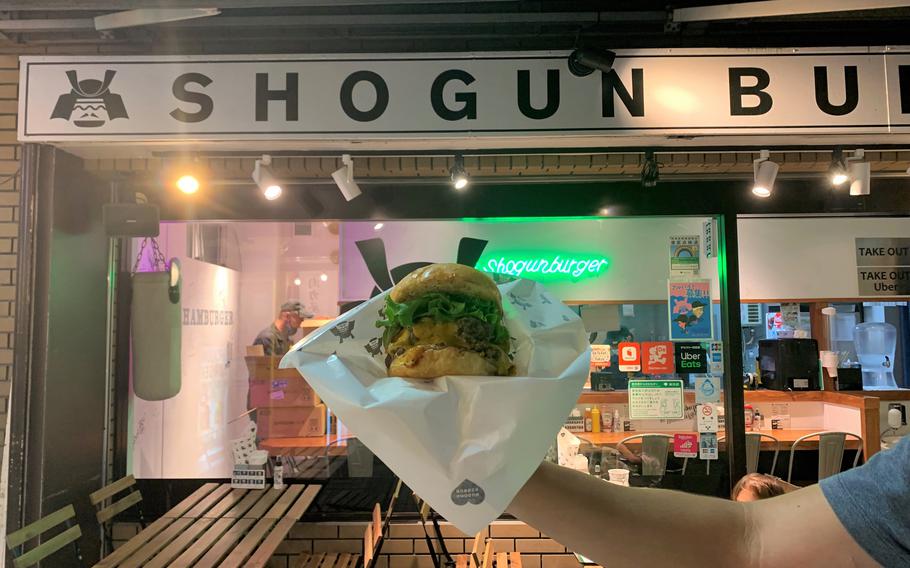 Americans in Japan who yearn for a juicy cheeseburger need to get themselves to Shogun Burger on the double.

Once you’ve tried a burger made from 100% premium wagyu beef, you’ll only want burgers fit for a shogun. The popular, and now award-winning, burger chain has a several locations in Tokyo, including in Machida, only 30 minutes from Camp Zama.

Eight burger chains competed July 29 to 31 at the first-ever Japan Burger Championship in Yokosuka. After multiple rounds, the winner earned the right to represent Japan in the burger category at the World Food Championships Nov. 9-13 in Dallas. 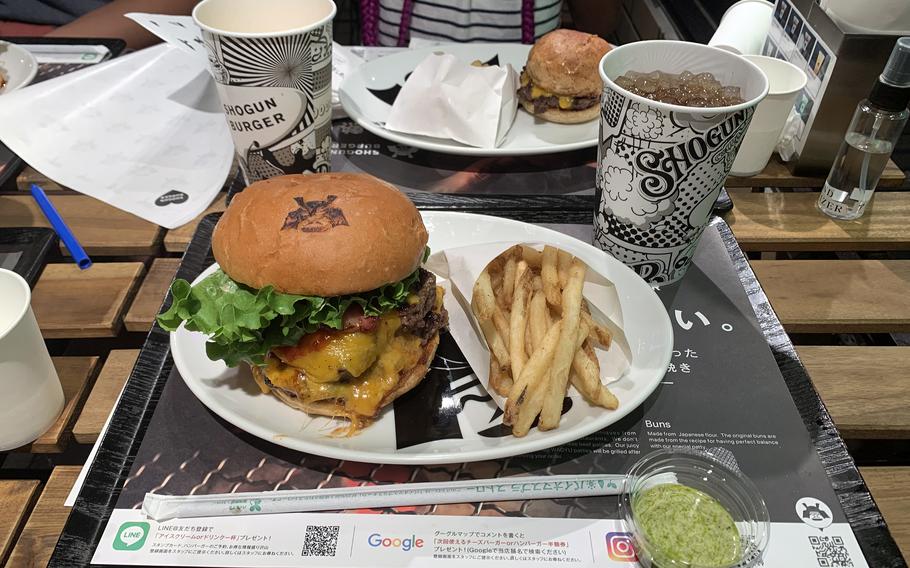 Eight burger chains competed July 29 to 31 at the first-ever Japan Burger Championship in Yokosuka, Japan. After multiple rounds, Shogun Burger earned the right to represent Japan in the burger category at the World Food Championships in Dallas. (Claire Jenq/Stars and Stripes)

My family and I went there on a Friday night to sample the champion burger. Seating at the restaurant is limited. A few seats are available at the counter, but my family went early to snag one of the few outdoor tables that each seat four people.

Shogun’s exterior is bright and inviting. Although the restaurant is tucked away on a side street, its large, almost stark, black-and-white sign attracts the eye.

The interior retains the black-and-white theme and adds the image of a cow’s head and neon signs that say #shogunburger. Outside track lighting ensures that even outdoor diners have Instagram-worthy lighting for their premium burger photos. 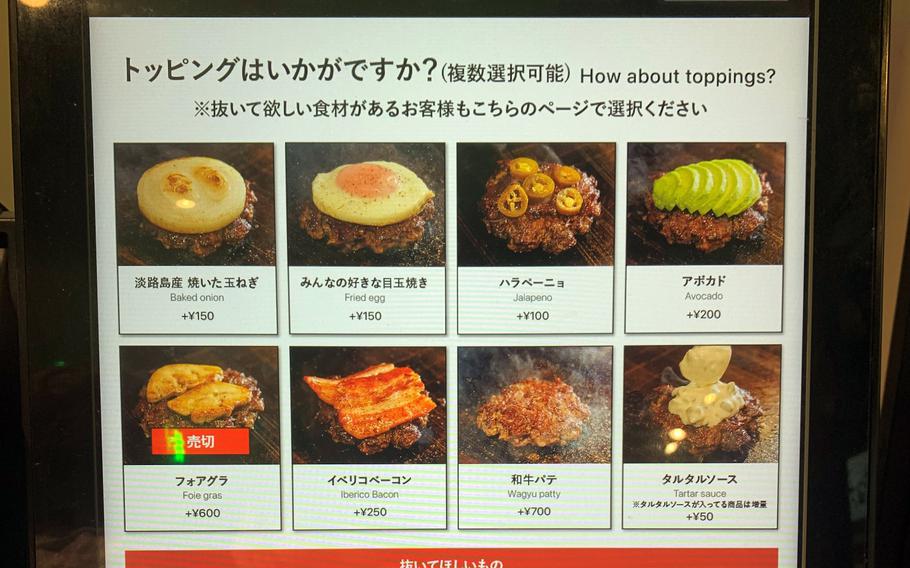 The touchscreen menu at Shogun Burger in Machida, Japan. (Claire Jenq/Stars and Stripes)

We placed our orders in English at a digital kiosk just inside the entrance. Diners might experience some sticker shock. A regular cheeseburger costs 1,280 yen (about $9.36) before adding extra toppings, and the triple cheeseburger is the most expensive item at 2,780 yen (about $20.33).

I was surprised to see that diners could top their black beef with foie gras for an additional 600 yen. I was curious about the foie gras topping, but I wanted to stay as faithful as possible to the double cheeseburger that won the competition. However, I allowed myself one deviation, Iberico bacon, because the only thing better than a classic cheeseburger is a classic bacon cheeseburger.

The burgers at Shogun Burger are good-looking burgers. Two thick wagyu patties covered in melted golden cheese, topped with crisp and frilly green lettuce in a toasted bun’s embrace. The restaurant’s logo, a silhouette of a burger made to look like a Japanese helmet, or kabuto, is branded on the bun.

One bite of the rich, medium-rare burger will make you feel as noble as a shogun in feudal Japan. I recommend eating the burger the modern Japanese way, wrapped in its wax paper, to catch any decadent drips from this juicy indulgence. 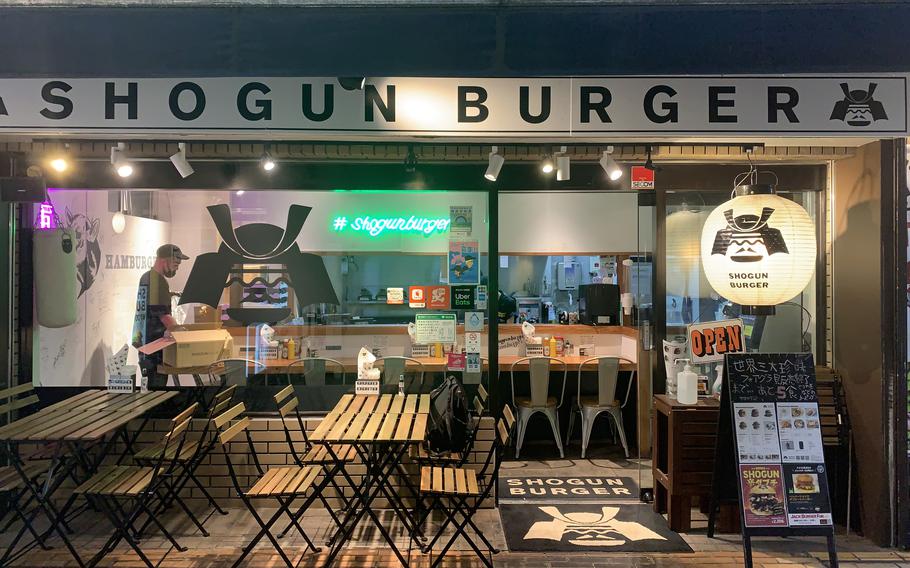 The popular, and now award-winning, Shogun Burger chain has a several locations in Tokyo, including in Machida, only 30 minutes from Camp Zama, Japan. (Claire Jenq/Stars and Stripes)