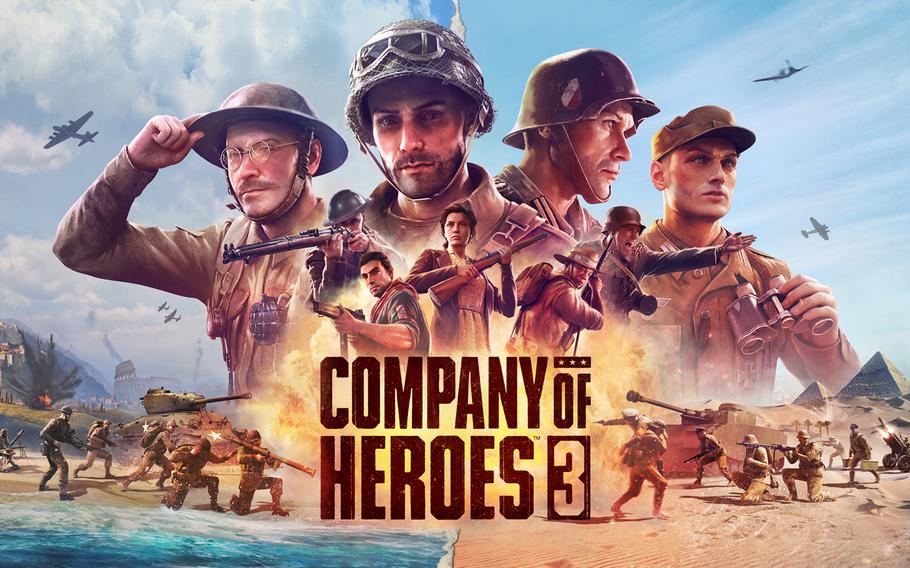 Company of Heroes 3 is a real-time strategy game, and I would place emphasis on strategy.

As with each generation of video games, the experience becomes that much more immersive and alters the course of the gameplay.

Details in graphics are no longer just for the eye’s pleasure, but small design conceptions meant to be advantageous in battle.

There are no generic audio tracks for this game, each soldier of each unit is unique

In other words, there isn’t an aspect of the game that can be overlooked.

All of it creates the harmonious cacophony of war.

For a real-time strategy game set to be released in February, that is no small feat.

The campaign is wildly enjoyable and is inspired by historical events from World War II.

I had the chance to envelop myself with the Italian campaign for this review.

This campaign, inspired by the liberation of fascist Italy by allied forces, was a fascinating undertaking.

The gameplay incorporates various real-time strategy game across the campaign ensuring that the game is constantly engaging. For example, one portion of the game is played on a large map of Italy to help visualize capturing the countryside. The action then moves into large cities for an up-close encounter with the enemy.

Conquering Italy requires thoughtful consultation with and appeasement of British and American generals under your command to gain access to specialized units. The recommendations that the generals provide for the campaign are historically inspired.

The units that are gained can then be used in real-time battles to defeat Nazis.

I valued that each step of the campaign compounded the experience from the previous level to help secure the skill set required to play the game.

The campaign also succeeds in getting you familiar with the game so that you can play the game competitively with other players, which is the game’s endgame portion.

The multiplayer is fun as hell.

You have the choice of playing as Americans, British or the Nazis. Each faction has its own unique capabilities making the first foundational step into multiplayer extremely consequential.

To win, you have to conquer certain spaces and hold on to them for certain portion of time.

While the objective of the multiplayer sounds simple, it’s a complex operation.

It requires spawning specialized units by building unique structures to produce these units, while taking on the responsibility of a full-blown battle.

It demanded a special balancing act of paying attention to the fighting and producing troops to effectively counter your opponent.

As someone who has not played the previous iterations of the game, I thought that I would be lost playing, but it is easy to pick up for a player with real-time strategy experience.

I believe that Company of Heroes is truly a next-gen game.

It’s a well-thought out and crafted game concerned with even the slightest of details.

With each detail offering insight as to how to play the game, Company of Heroes 3 provides a unique experience like none other.

I was particularly impressed by how the developers spent a great deal of time providing voices for individual units for the game to ensure that you, the player, recognize the importance of your units.

This was developed to help ensure that you would not treat units as disposable, which is often the case for real-time strategy games.

The game is also capable of allowing you to place your troops into buildings so you can use every part of the landscape and for war, an addition to the game that I was thoroughly amazed by.

The controls were complex for a real-time strategy game because the controls are designed to focus on individual units and specific areas of the map.

If you’re looking for a next generation real-time strategy game, you can definitely find it in Company of Heroes 3 coming February of next year on PC, Xbox and PlayStation 5.