Exposure to white supremacist ideologies in online games surged in 2022 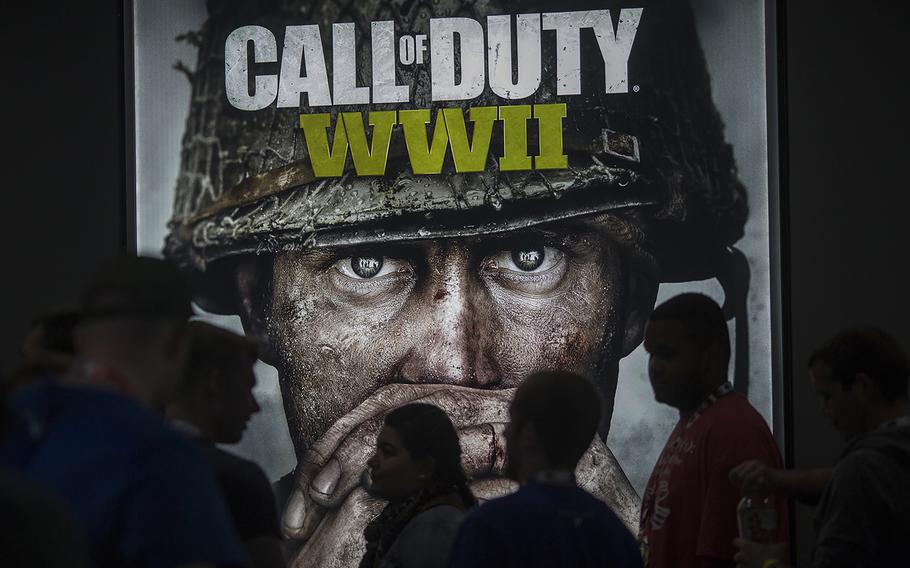 People wait in line of to see a demonstration Call of Duty WWII at the Activision exhibit on opening day of the Electronic Entertainment Expo at the Los Angeles Convention Center on June 13, 2017, in Los Angeles. (David McNew, Getty Images/TNS)

(Tribune News Service) — White-supremacist ideas gained significant exposure through online video games this year, particularly among adults, according to a new report from the Anti-Defamation League.

One in five adults reported being confronted with white supremacist ideologies, more than double the rate a year earlier. At the same time, 15% of teen and pre-teen gamers surveyed said they interacted with people who “believe that white people are superior to people of other races and that white people should be in charge,” according to the report.

“Gaming companies aren’t doing very much” to stop it, said Daniel Kelley, director of strategy and operations at the ADL’s Center for Technology & Society, noting that Roblox Corp. is the only “major gaming company that has an explicit anti-extremism policy.” Released Wednesday, the ADL surveyed 2,134 Americans who play video games.

When reached for comment on the ADL report, Epic Games referred to its community guidelines, which prohibit discrimination and harassment. Activision Blizzard spokesperson Joe Christinat also referenced “Call of Duty’s” code of conduct, which prohibits harassment and discrimination. “Our games are designed for joy and connection,” Christinat said. “There is no room for hate. We strongly support the important work of the ADL and have appreciated our collaboration. We look forward to deepening our work with them and others to eliminate hate together.”

A spokesperson for Riot Games said “creating a safe and inclusive environment for all players is core to our mission,” adding that the company is taking “active measures to prevent and combat any such behavior in our games. That said, we know this is a space where the work is never finished, so we’ll continue to be vigilant in making gaming a positive experience for everyone.” The spokesperson noted the company has several policies and technologies to fight discrimination and harassment.

Take-Two didn’t immediately respond to a request for comment.

Critics and researchers are increasingly scrutinizing the role online games play in catalyzing hateful ideologies. Several terrorists behind deadly mass shootings have referenced their affinity for online gaming, including the accused attacker behind 10 deaths in Buffalo earlier this year. Billions of people across the world play video games and research is lacking on whether exposure to white supremacist beliefs is more prevalent in online games than elsewhere on the internet.

“White supremacists and extremists are pushing their ideas into the mainstream across society, including online games,” said Jonathan Greenblatt, ADL chief executive officer, in a statement. “We know that what starts online doesn’t always end online — It can have deadly consequences in our communities. Online gaming companies have the ability to better moderate their content but most have fully abdicated any responsibility to protect users and their communities.”

Researchers complain it’s more challenging to analyze connections between online video games and white-supremacist ideology due to gaming companies’ reluctance to release data on the topic. Kelley said gaming companies don’t have a standard way to measure the frequency and spread of extremist activities. “We may need to explore a legislative fix where game companies provide information,” that could be compared with social media platforms, he said in an interview.

In September, the Department of Homeland Security awarded a $700,000 grant to the Middlebury Institute’s Center on Terrorism, Extremism and Counterterrorism to study whether extremists are exploiting online spaces to radicalize gamers — a notion that hasn’t been proven on a large scale. Decades of research has debunked the idea that violent video games inspire violent behavior.