After World War II, tens of thousands of US troops mutinied — and won 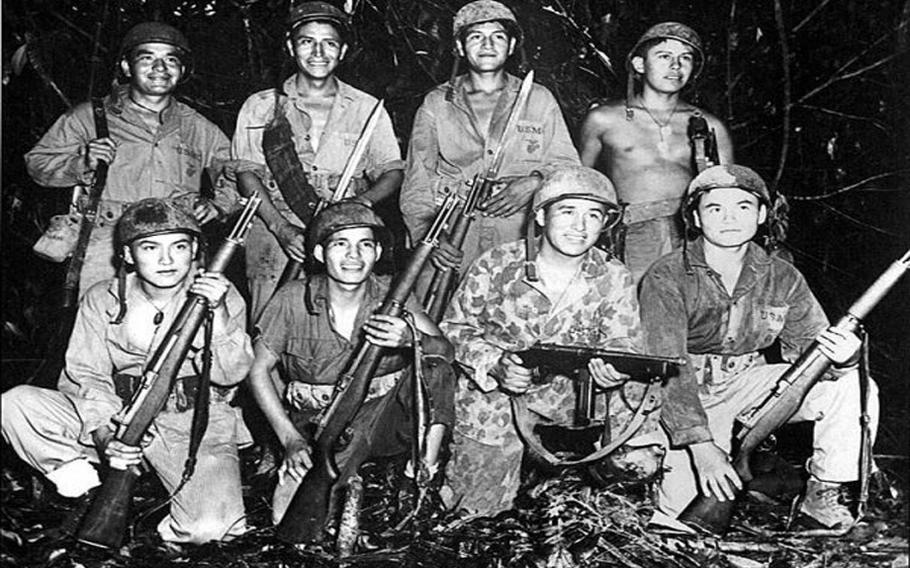 According to U.S. law, if a military service member commits mutiny, attempts mutiny or even fails to report a mutiny, that person "shall be punished by death or such other punishment as a court-martial may direct."

According to U.S. history, however, if tens of thousands of military service members commit mutiny en masse, they won't be punished at all. In fact, the president just might capitulate to their demands.

That's more or less what happened in the aftermath of the Second World War.

Veterans have often wielded outsize political influence — catered to as voters, recruited as candidates and rewarded with government benefits — and the number of veteran advocacy groups has exploded in recent years. But few times have they flexed their political muscle as they did in 1946, when huge numbers of the very fighters who had just defeated the Axis powers directly challenged their commanders with a demand to return home and, miraculously, won.

The story began just after the war concluded with Japan's surrender in August 1945. That same month, threatened with left-wing independence movements in its far-flung overseas territories and across Asia, the U.S. government decided that rather than fully demobilize the military, it would maintain a troop force of 2.5 million.

That did not go over well with the soldiers' families, who bombarded their congressional representatives with photos of children missing their fathers and pairs of baby shoes with tags reading "Bring Daddy home." Washington relented, and soldiers packed their bags, until President Harry S. Truman panicked at the "dangerous speed" of demobilization and ordered a slowdown in January 1946.

Now it was the troops' turn to put up a fight.

The first protests took place in the Philippines, a U.S. colony that had suffered untold repression and slaughter in the 50 years since Spain handed it over in the Spanish-American War. During World War II, the United States had fought to end a brutal occupation by the Japanese. Then, more than 20,000 American soldiers marched in Manila, demanding to return home.

Another 20,000 demonstrated in Honolulu. Three thousand joined them in Korea, and 5,000 in Kolkata. In Guam, 3,500 Air Force troops staged a hunger strike, while 18,000 soldiers pooled money to send a cable to journalists making their case for repatriation.

The armed forces were segregated at the time, and all 250 members of the all-Black 823rd Engineer Aviation Battalion in Burma sent a letter to Truman, saying they were "disgusted with undemocratic American foreign policy" and did not want to "take the field in league with the alien rulers against the freedom revolts of the oppressed peoples."

When Lt. Gen. W.D. Styler, the Army's commanding general in the West Pacific, addressed the troops on the radio, they drowned him out with boos. When Secretary of War Robert P. Patterson landed on Guam, service members protested and burned him in effigy.

Truman told an aide that the protests were "plain mutiny." And yet just one day after the biggest protests kicked off in Manila, Gen. Dwight D. Eisenhower announced that the military would not discipline the protesting soldiers because there "had been no acts of violence or disorder."

Then the government gave in to the demonstrators and began a rapid drawdown of troops. A year and a half later, the Army had shrunk to fewer than 1 million men.

So how did they get away with it? Partly, the GIs recognized how much leverage they had after fighting and winning a broadly popular war.

"There's an understanding that they have a lot of power, and they're not all gonna get executed," said Daniel Immerwahr, a Northwestern University historian and author of "How to Hide an Empire," a history of U.S. imperialism. "It's an amazing moment, when so much has been invested in the war about the importance of these men and the sacrifice they're making. And they're learning to flex that power politically."

Truman's approval rating was plummeting at the time, and the last thing he wanted to do was make enemies of the young men the country overwhelmingly viewed as heroes. Three weeks after the protests began, he complained to Sen. Harley Kilgore, D-W.Va., that the protesters had been "babied" and "spoiled" by their officers, but he added hopelessly, "I know they have practically ruined our standing with the people with whom we have to deal around the world, and there isn't very much that can be done about it now."

But the demonstrators weren't just capitalizing on their political clout; they were also taking advantage of skills gained and lessons learned from stateside social movements that were similarly challenging existing hierarchies.

"This comes at a critical moment in the U.S. relationship to the wider world, as the U.S. is establishing primacy in the world, but also as a whole churn of domestic tensions are taking place: over class and labor issues, over Jim Crow and race, and over what the U.S. role will be in the world," said Tejasvi Nagaraja, a Cornell University historian writing a book on the social movements of the World War II generation.

Some of the protest leaders in Manila and elsewhere had been prominent labor activists at home, and they knew how to use their negotiating leverage to get what they wanted. Meanwhile, the March on Washington Movement had been pushing for an end to military segregation, and Black regiments overseas took up similar protests.

"Within the African American regiments, there had been a wave of protests and work stoppages and things that were called mutiny through the World War II years, where African American men and women experienced labor human rights violations and exploitative labor conditions, they experienced carceral conditions with a Jim Crow military justice system, and they saw even their deployments and the speed of their demobilization in the scheme of this racial apartheid," Nagaraja said.

The 823rd Engineer Aviation Battalion's letter to Truman, then, wasn't so much a radical break as an escalation of ongoing protests against racial injustice within a military carrying out what the soldiers saw as a racially unjust campaign in Asia.

The 1946 protests showed the country, and veterans themselves, the power that veterans have to shape foreign policy. In a sense, they gave license to subsequent generations of veterans to voice their critiques, including some who are now questioning the wisdom of the 20-year Afghanistan war that ended with a humiliating withdrawal this year.

"We can't take for granted the notion that the service member or the veteran is a passive, conservative supporter of U.S. foreign policy," Nagaraja said. He noted that newer veterans groups, such as About Face and Common Defense, have built on the legacy of the 1946 protests and "challenged a very tokenized identity politics of the veteran as someone who's saluted at sports games but we don't actually hear from very much."