BIRMINGHAM, Ala. (Tribune News Service) Birmingham photographer Jeffrey Rease, who created the Portraits of Honor web site to showcase pictures of World War II veterans, has been in a race against time.

Most of the veterans he takes pictures of are in their nineties, some more than 100. As of this Veterans Day, Thursday, Nov. 11, he has done portraits of 217 World War II veterans.

Since he started in April 2019 with a portrait of Marine Colonel Carl Cooper of Vestavia Hills, at least 33 of the portrait subjects have died. 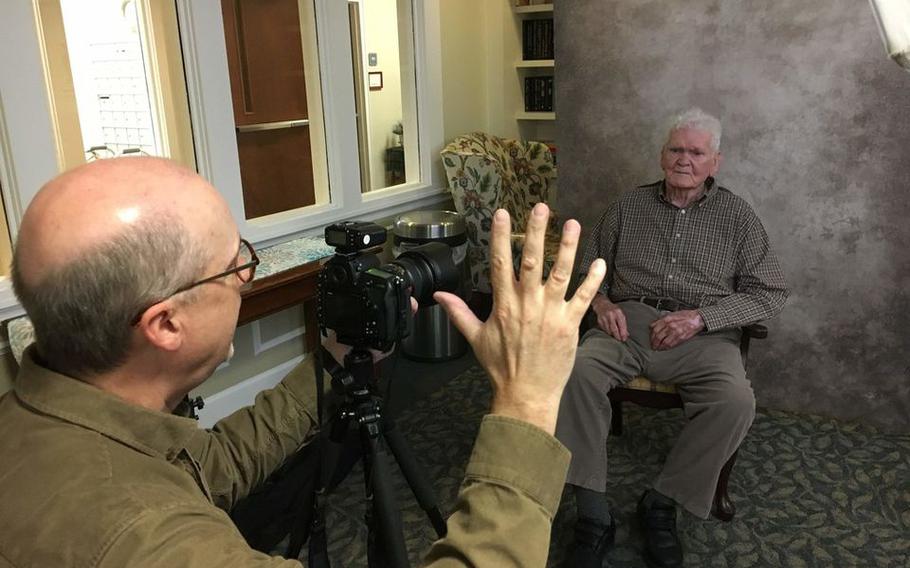 Just this week he lost a friend, Army Air Corps Sgt. Joe Gossen of Niceville, Fla., another portrait subject whom he photographed in July 2019. Gossen, 96, died on Nov. 8.

“He was a ball turret gunner on a B-17 and flew 57 missions, more than twice the number of many of those guys,” Rease said.

“Sometimes you feel like you know a little about all of them,” Rease said. “Some of them become favorites.”

Sometimes he learns that people he already knew were veterans with interesting stories.

In July, Rease did a portrait of Air Force Lt. Col. Gene Cushman, 101, a retired insurance agent at Protective Life in Birmingham who was a military pilot and served as a flight instructor during World War II. Cushman now lives at Cahaba Ridge Retirement Community in Vestavia Hills.

In 1989, Rease was in corporate communications at Protective Life and took a picture of Cushman for work. More than 30 years later, he learned Cushman was a veteran.

“He had a long career in the Air Force and flew 42 different types of military aircraft in his career, including a B-52 bomber,” Rease said. “I did not know all this years ago.” COVID limited the number of portrait sessions Rease could do with veterans, but he is picking up the pace.

Coming up on Dec. 7 is the 80th anniversary of the Japanese bombing of Pearl Harbor in Hawaii in 1941, which marked the U.S. entry into World War II.

“I’m going to Pearl Harbor for the 80th anniversary,” Rease said. “I’ll be shooting a lot of portraits there.”

Rease was contacted last year by documentary filmmaker James Walker, who wants to produce a documentary about his Portraits of Honor project. The effort has changed his life in many ways.

“I have a much, much deeper respect and appreciation for what veterans did for us,” Rease said. “That’s always been the focus. The more I meet, the more stories I hear, the greater the appreciation and depth there is to it. Not just World War II veterans. It increases the amount of respect I have for all veterans.”

Since he began the project, invitations have been pouring in to take part in events for veterans across the country. “It’s given me lots of opportunities to meet more veterans,” he said.

“In the spring, I went all over Florida meeting veterans and all up the East Coast to New Hampshire and Vermont,” Rease said.

He photographed more than 30 veterans on that trip.

There are so many stories, so many faces out there he wants to capture and preserve.

“It’s important for young people to learn the history so they can cherish and protect it,” Rease said.