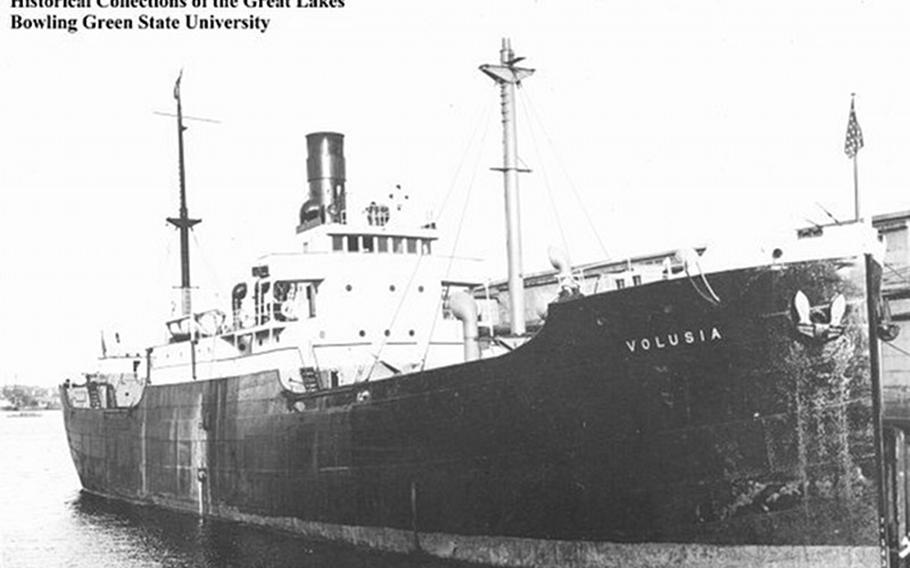 (Tribune News Service) — The sinking of the SS Norlindo has all the elements of a good mystery, including World War II intrigue, prowling German U-boats and a handful of crewmen who were never seen again.

It has been 79 years since Germany’s U-507 torpedoed the unarmed steamship and its whereabouts remain a puzzle.

That could change in the next two weeks, however.

A team of international scientists — including two from the University of Southern Mississippi — set sail last week on a mission to find the Norlindo.

The expedition is backed by the National Oceanic and Atmospheric Administration Ocean Exploration and will focus on 36 square nautical miles off the Dry Tortugas, a group of islands about 60 miles west of the Florida Keys.

That’s where the Norlindo was last seen — standing vertically in the water as it sank with men still aboard.

“As the first Allied casualty of the German U-boat campaign in the Gulf of Mexico during World War II, Norlindo is historically significant and potentially eligible for nomination to the National Register of Historic Places,” marine archaeologist and team member Melanie Damour told McClatchy News.

“The shipwreck is also a war grave and represents the final resting place of some of her crew.”

If the team finds the wreck, it intends to keep the location a secret from the world, NOAA Ocean Exploration reports. The plan to keep the site a secret is based on concerns about relic hunters and others who might desecrate a war grave, officials said.

“The coordinates will remain confidential so that the site can be protected from any illicit or potentially damaging activities (e.g., salvage or souvenir hunting),” Damour said.

The sinking of the Norlindo

In late 1941, Germany sent six U-boats “to scout the east coast of the United States in an operation code-named Paukenschlag,” NOAA historians say.

“Five months later, World War II claimed its first combat casualties in the Gulf of Mexico. The SS Norlindo, a 2,686-ton and 253-foot-long American steam freighter, was sunk ... by the German U-boat U-507,” NOAA reports.

Witness accounts say the ship “was vertical and sinking” within three minutes of being hit by the first torpedo, according to a report by the NOAA Office of Marine Sanctuaries.

“One torpedo struck on the starboard side aft between the #3 and #4 hatches, causing the mainmast to fall. The ship began sinking quickly, listed to starboard and finally sank by the stern,” the report says.

“The seven officers and 21 crewmen on board did not have the time to launch the lifeboats and jumped overboard, but five men working in the after hold went down with the ship.”

The Norlindo was the first of three freighters the U-507 sank over three days in the area, NOAA reports. The other two — the Munger T. Ball and Joseph M. Cudahay — “have since then been discovered by recreational scuba divers in shallower waters off the Florida coast,” NOAA says.

Among the oddities of the saga are reports the U-boat’s captain, Harro Schacht, picked up the 23 survivors for questioning, then set them free in rafts “with cigarettes, tobacco, crackers, and drinking water.”

Schacht died the following January, when the “U-507 was sunk with all hands ... off the coast of Brazil by bombs from a US Catalina flying boat,” according to Uboat.net.

What scientists want to know

The expedition launched on Aug. 18 and there is intended symbolism in the teaming of German, Italian and American scientists and archaeologists, NOAA Ocean Explorer says.

Explorers Leonardo Macelloni, Leila Hamdan and Melanie Damour have been given until Sept. 4 to find the wreck and conduct their investigation. (Macelloni and Hamdan are scientists based at the University of Southern Mississippi.)

Seafloor scanning records have identified a handful of anomalies that are roughly the size of the Norlindo. The team intends to visit each site, and send an unmanned vehicle to explore the seafloor.

They may find the wreck as a whole — or a massive debris field, depending on what happened as it sank.

Among the many things they hope to discover is what the Norlindo’s fuel and other toxic elements have done to the surrounding seafloor. That means sediment samples will need to be collected, NOAA says.

To date, the shipwreck has kept its secrets well, by producing no “mystery spill” of oil or fuel on the surface of the water, officials say.

“Because it is unknown if the wreckage is intact, it is unclear if an acute hazard is present in the form of an intact, but corroding fuel container.”