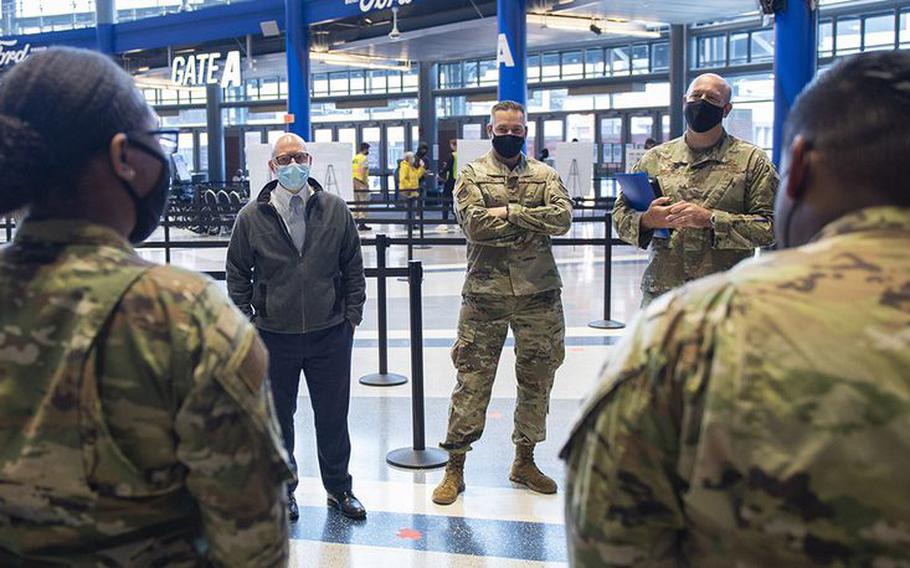 (Tribune News Service) — Personnel from the Wright-Patterson Air Force Base’s 88th Medical Group are being deployed again to help civilian hospitals in their fight against COVID.

Staff from the Wright-Patterson Medical Center are being deployed to Michigan to augment “civilian COVID operations in support of FEMA,” Col. Christian Lyons, 88th Medical Group commander, said in a recent Facebook town hall held by base leaders.

Kristen Van Wert, a spokeswoman for 88th Medical Group, said Friday Medical Center personnel have been deployed “constantly” to help in the COVID fight. She did not say how many staff are being deployed or where they were going.

“It’s part of the COVID response, but it’s not specific to what Biden announced (Thursday),” Van Wert said.

It’s the second such deployment of Medical Center personnel in less than a year, and it’s happening at a time when staffing shortages at the base Medical Center, the Air Force’s second largest hospital, have become exacerbated due to illnesses among staff.

At the time of the recent town hall, some 60 members of the center’s staff were COVID-positive, Lyons said.

“I implore all those watching today to realize that routine medical care and elective procedures may be deferred in order to accommodate the high volume of inpatients across the region,” Lyons said then.

Last year, some 120 Airmen from the 88th Medical Group were sent to a COVID-19 mission in Detroit.

“They’re part of a major deployment of our nation’s armed forces to help hospitals across the country manage this surge of the Omicron virus — this surge that’s having an impact on hospitals,” Biden said Thursday.

Pentagon spokesman John Kirby said the 1,000 are only the “first wave” of expected deployments.

Omicron’s surge in cases has led to a high number of hospitalizations, and hospitals are dealing with “more and more patients in the midst of staffing challenges and faced with a highly transmissible virus that does not spare our health care workers,” Rochelle Walensky, director of the U.S. Centers for Disease Control and Prevention, said Wednesday.