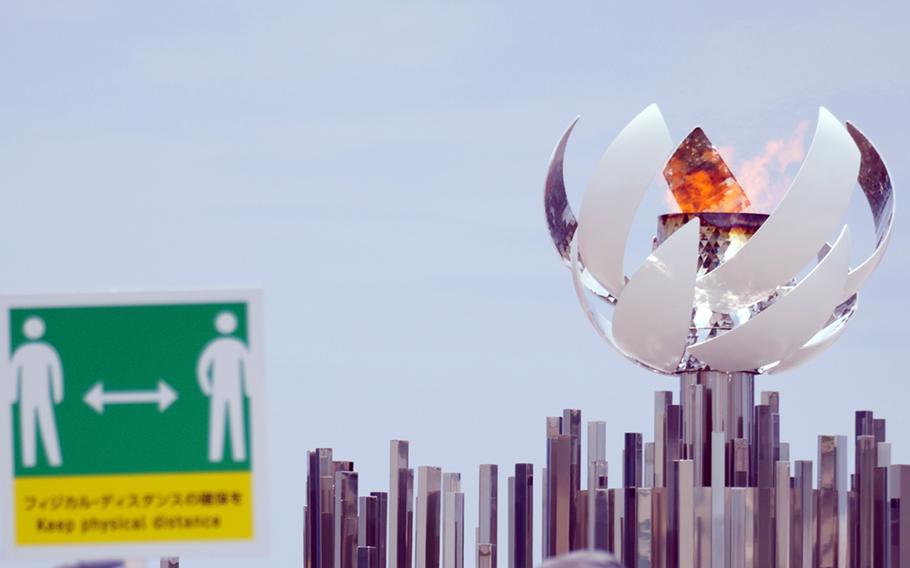 TOKYO – Japan’s capital city, hosting the delayed 2020 Olympic Games, surpassed its one-day record for new coronavirus cases over the weekend and broke 4,000 for the first time during the pandemic.

The Tokyo Metropolitan Government reported 4,058 newly infected people on Saturday, its highest one-day count of the pandemic, according to metro government data. About 3,200 people are hospitalized, with 114 of them in serious condition Monday, according to public broadcaster NHK.

Close to 30% of Japan’s population is fully vaccinated, according to the Johns Hopkins Coronavirus Resource Center.

The Olympic Games reported 56 people tested positive for COVID-19 on Friday, Saturday and Sunday, according to the Tokyo 2020 website. Most, 34, are contractors; 18 are games personnel; two are volunteers; and the media and athletes produced one case each.

Since July 1, the games have reported 276 people contracted the virus, of whom 24 are athletes. At least one of the positive Olympians is a U.S. soldier.

U.S. Forces Japan reported a total of 92 individuals with the virus at U.S. installations, the bulk of them on Okinawa, where the Air Force and Marine Corps accounted for 64 individuals as of Friday, according to the USFJ website.

On Monday, Sasebo Naval Base said one new patient tested positive after falling ill with symptoms of COVID-19, according to a Facebook post by the naval base. That person is in isolation. The base is monitoring three people with the virus.

Marine Corps Air Station Iwakuni, south of Hiroshima, has had one person test positive for the virus since Sunday, according to a news release Monday.

At Kadena Air Base on Okinawa, 19 people tested positive between July 24 and Friday, according to the base’s website. Twenty-six people under observation.

A state of emergency began Monday in Osaka, the second-largest metro area in Japan, and three prefectures adjacent to Tokyo that are part of its wider metropolitan area: Saitama, Chiba and Kanagawa. Those emergencies, and those in Tokyo and Okinawa, are in place until Aug. 31.

Emergency measures call on restaurants and bars to refrain from selling alcohol and to close between 8 p.m. and 5 a.m., and residents are urged to avoid unnecessary travel.

Most U.S. base commanders have put central Tokyo off-limits to even their vaccinated personnel, with some exceptions for travel on official business.

The U.S. Army and Navy have their headquarters in Kanagawa, along with the homeport of 7th Fleet. U.S. Forces Japan is headquartered at Yokota Air Base in western Tokyo.

Popular beaches in Kanagawa at Zushi and Hayama are closing due to the emergency, according to a Facebook post Monday by Yokosuka Naval Base.

Kanagawa on Sunday reported 1,258 people newly infected with coronavirus, the third highest one-day count in the prefecture, NHK reported Monday. Saitama reported 899 and Chiba 767 on the same day, according to the broadcaster.

On Okinawa, prefectural Gov. Denny Tamaki, in a joint statement Sunday with city, business and medical leaders, described the rising number of infections on the island as “equivalent to a lockdown level in other countries.”

At a news conference, Tamaki said the number of new cases, many of them the delta variant, has tripled over the past week, mainly among young people.

The prefecture reported 439 COVID-19 cases on Saturday, a one-day pandemic high, 382 on Friday and 367 on Sunday, according to the prefectural coronavirus tracking website.

Tamaki called on Okinawans to refrain from unnecessary travel or gatherings for the next two weeks, to avoid visits to other prefectures and remote islands, including family visits, and to get vaccinated.