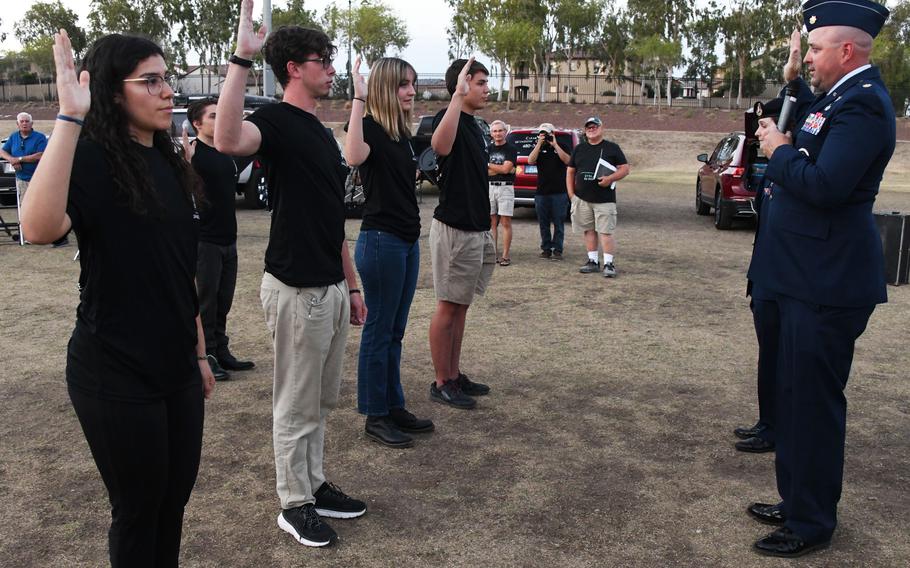 WASHINGTON — At just 3 years old, the youngest branch of the U.S. military hopes its flashy new website will attract new troops and overcome recruiting challenges that have plagued virtually every branch of the armed forces in recent years.

The Pentagon has faced various difficulties with recruiting since the all-volunteer military first came into existence in the 1970s. In recent times, officials have detailed how it’s become more difficult for the Army, Air Force, Navy and Marines to appeal to new prospects. For the youngest branch, the Space Force, so far it’s been no different.

To meet its personnel challenges, the Space Force decided it needed a new website that could speak to new recruits. The development and building of that new site ended last week when the service unveiled the new SpaceForce.com.

“The purpose of the redesigned site is to make the capabilities of the Space Force tangible and visible,” the service said in a statement.

“The homepage features an immersive, interactive spacelift mission, using the latest in web-based graphics and sound design to provide site visitors a first-hand glimpse of the Space Force’s vital role in facilitating launches.” 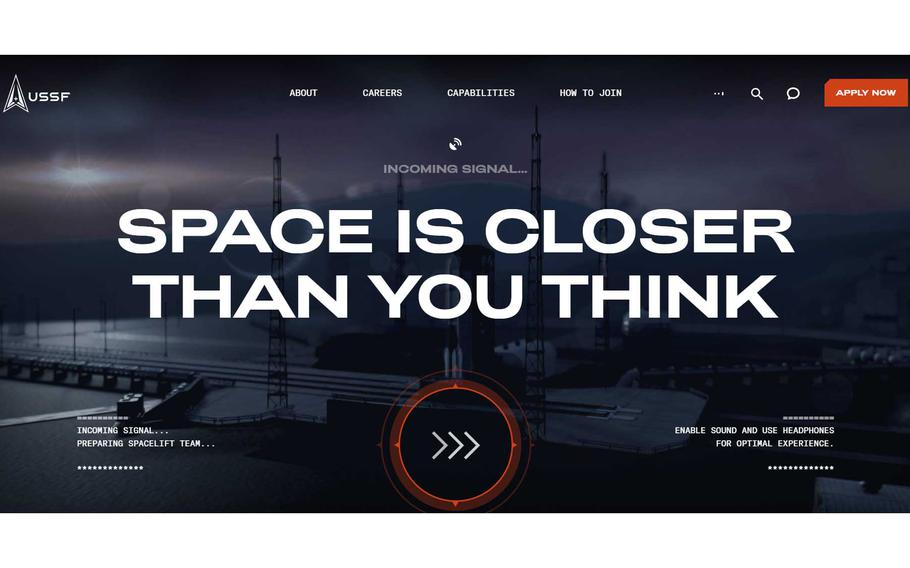 Officials hope the fresh look of SpaceForce.com reflects the branch’s technological capabilities and motivates potential guardians to be part of the future of U.S. space defense.

“We’ve created a virtual space to inspire the next generation of American guardians who will protect space for the nation,” Maj. Gen. Ed Thomas, the Air Force’s recruiting service commander, said, adding that the new site is a “one-stop shop” for information about becoming a guardian.

Established in December 2019 as part of the Air Force, the Space Force launched the new site this month to commemorate its third anniversary. The finished product, it says, offers the technologically enhanced look and modern feel that digital recruits expect.

The new site is also a sign of the modern recruiting challenges the military has faced in recent years. The Army, for example, signed up 45,000 new members in 2021. It was hoping for 60,000.

In September, military officials told a Senate panel that several reasons are making recruiting more difficult. Two of the biggest obstacles, Secretary of the Army Christine Wormuth said last month, are the dramatic change in lifestyle and negative perceptions about the armed forces.

“We are very excited about the new SpaceForce.com,” Angelo Haygood, chief of Space Force accessions and recruiting policy, said of the new website. “Its interactive pages provide clear insight of what Space Force is, answering many questions about the newest service.”

“We believe the site strikes the right message, providing insight into and spurring interest in Space Force,” Haygood added.

Over the first three years of the Space Force’s existence, the Air Force Recruiting Service said it’s signed up about 1,000 guardians. For 2023, the goal is to sign 530 enlisted guardians and 40 officers. A few months ago, the branch was aiming for 8,500 total members by the end of 2022 — with many coming over from the Air Force.

The service’s new recruiting efforts come just a few weeks after Lt. Gen. Bradley Saltzman took over as its chief of operations. During the change-of-command ceremony on Nov. 2, he made a personal appeal to thousands of guardians and would-be guardians across the country.

“Get ready. Because I’m going to need your best,” he said during the ceremony at Andrews Air Force Base in Maryland.

“The world is becoming an increasingly dangerous place,” the 53-year-old Saltzman added. “Without the space capabilities [we] are designing, building, protecting and operating, the joint force will not be able to complete its missions.”