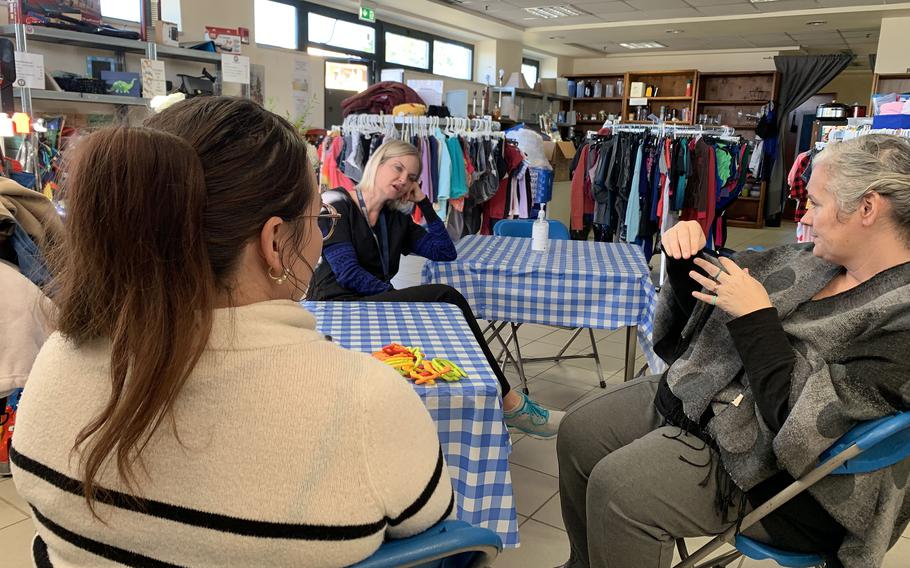 NAPLES, Italy — Military families suffering a miscarriage while stationed at the Navy’s base in Naples no longer have to endure the loss alone.

A new program aims to fill the information gap when a woman is told a pregnancy isn’t viable and to provide any needed emotional support.

Like other military bases and hospitals, Naval Support Activity Naples has long offered bereavement help to families upon the death of a baby or child.

But Emily Mitalas, a visiting nurse with the Navy-Marine Corps Relief Society, said she is unaware of any similar efforts to help patients who have either experienced a miscarriage or must go through a medical procedure to ensure the mother’s safety.

“I can be the eyes and ears in the home setting for the doctor,” said Mitalas, who can be there during the process and coordinate post-miscarriage care.

Hospital workers may have only a brief interaction with a patient experiencing a miscarriage, which doesn’t necessarily require additional appointments, said Lt. Cmdr. Shauna Ralston, division officer and manager of the hospital’s OBGYN clinic.

But Mitalas can build relationships with patients who also may be experiencing emotional or mental trauma, Ralston said.

“We medically take care of them, but for them to be able to have someone to make that connection. … It's a very good link and bridge for the patients,” Ralston said.

As many as half of all pregnancies end in miscarriage, according to the March of Dimes, a nonprofit organization that promotes the health of mothers and babies.

Of women who know they are pregnant, about 10% to 15% experience a miscarriage, most often in the first 12 weeks. About 1% to 5% of pregnancies result in a miscarriage between 13 and 19 weeks, the March of Dimes says.

Most of those women go on to have healthy, successful pregnancies, but some experience repeated miscarriages.

There were 4,030 U.S. service women who experienced an ectopic pregnancy, miscarriage or had an abortion in 2021, according to the Defense Health Agency’s June 2022 Medical Surveillance Monthly Report.

Those numbers don’t surprise Mitalas, who experienced five miscarriages herself and knows the feelings of isolation and grief families can experience.

Through her nursing job visiting new mothers and other patients near NSA Naples, she learned that those feelings may be intensified by an overseas assignment. Family members and friends who normally would step in with information, advice and support aren’t available, Mitalas said.

“I can’t even imagine … how unbelievably hard that must be,” she said.

That realization is what spurred Mitalas to start the program.

Women who are told by their doctor their pregnancy isn’t viable can be given the option to contact Mitalas.

The support the patients receive is largely up to them. Some may opt for a single phone call, while others may want multiple in-person meetings.

Mitalas also can help families if they are receiving medical care outside of the military system, she said.

Since starting the program last spring, Mitalas has worked with two patients, both of whom miscarried after the first trimester. An outreach effort to educate more medical workers and others about the program should result in more families using the service, Mitalas said.

For Mitalas, the chance to help women and their families is healing.

She said she experienced some of her “darkest days” during repeated miscarriages. Now she is the mother of an adopted son and two daughters she had naturally.