From Senate floor, a plea to continue pay for Navy officer imprisoned in Japan 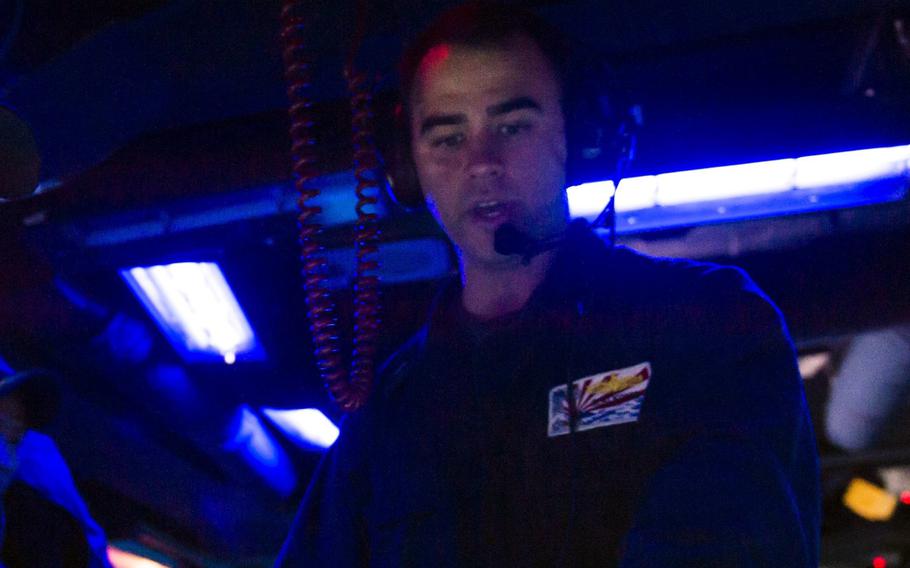 Navy Lt. Ridge Alkonis was convicted in October 2021 by a three-judge panel in Shizuoka District Court of negligent driving causing the deaths of two people and injuring a third in May 2021 in Japan. (Patrick Dionne/U.S. Navy)

The Defense Department will deny a plea from Navy Lt. Ridge Alkonis to extend his pay and allowances while he serves a three-year prison sentence in Japan, according to U.S. Sen. Mike Lee of Utah on Thursday.

During a speech from the Senate floor, Lee said he spoke Nov. 29 with Defense Secretary Lloyd Austin after three weeks of requests for a phone call. Lee said he asked Austin for an update on the request for an exception to policy Alkonis made in June to keep his benefits flowing when his leave runs out at the end of this month.

Without Alkonis’ pay, his wife, Brittany Alkonis, and their children, still living in Japan, would be “kicked to the curb” at Christmastime, Lee, a Republican, said during his 23-minute speech on the Navy lieutenant’s plight.

“Secretary Austin callously informed me that day that the request for the exception to policy would not be granted,” Lee said. “I asked him why. He believed it wasn’t appropriate for the department to do that.”

Lieutenant Alkonis, 34, of Claremont, Calif., was convicted in October 2021 by a three-judge panel in Shizuoka District Court of negligent driving causing the deaths of two people and injuring a third in May 2021 in Shizuoka prefecture. The Tokyo High Court in July upheld his conviction on appeal, and he reported that month to the Tokyo Detention Center to start his sentence.

Alkonis, a weapons officer aboard a destroyer based at Yokosuka Naval Base, was driving his family through Fujinomiya after a trip to nearby Mount Fuji when he lost consciousness due to acute mountain sickness, he testified at his August 2021 trial.

He said two doctors – a general practitioner and a neurologist -- had diagnosed him with acute mountain sickness after the accident. Symptoms can feel like a hangover and include dizziness, headache, muscle aches and nausea.

The court found instead that Alkonis continued to drive after feeling drowsy, as prosecutors alleged.

On Thursday, Lee questioned why Alkonis is serving time at all.

“Why is he in prison in Japan, did he steal something, did he harm someone? No, none of the above,” the senator said. “This was not a criminal act; this was a medical emergency that resulted in a tragedy, and I’m sad that it did.”

Lee argued that DOD should make the exception in Alkonis’ case that the law allows. In “unavoidable situations,” DOD may continue pay and allowances for absent service members, according to Title 37 U.S. Code, section 503, the senator said.

“It seems to me that if ever there were an instance perfectly tailored for this statute or an absence that need to be excused as unavoidable it’s that of Lt. Ridge Alkonis,” he said.

If not, the department should officially deny Alkonis’ request and state the reasons to Congress, so it can change the law, Lee said.

Lee has yet to find a Democrat or Republican, in either the House or Senate, “who isn’t moved” by Alkonis’ story, he said. “Of course, this is a no-brainer.”

On Friday, Brittany Alkonis posted on Twitter: “I have had the pleasure of speaking to enough Congress Members to believe [Lee] when he says that if the Department of Defense won’t act, Congress will.”

“The case is tragic for all involved and we are working to find a compassionate resolution,” said a White House official in October, speaking on condition of anonymity to disclose information about a private, diplomatic meeting.