The Solomon Islands will not allow foreign navy ships to enter its ports until the government works out new procedures for arriving military vessels, the prime minister’s office said Tuesday. The U.S. suspects the move is related to China’s expanding influence in the South Pacific.

The announcement comes more than a week after the U.S. Coast Guard cutter Oliver Henry and British patrol vessel HMS Spey were denied entry to the Solomons, and the same day that Prime Minister Manasseh Sogavare welcomed the hospital ship USNS Mercy for a Pacific Partnership mission.

“We have requested our partners to give us time to review, and put in place our new processes, before sending further requests for military vessels to enter the country,” the prime minister said in a statement. 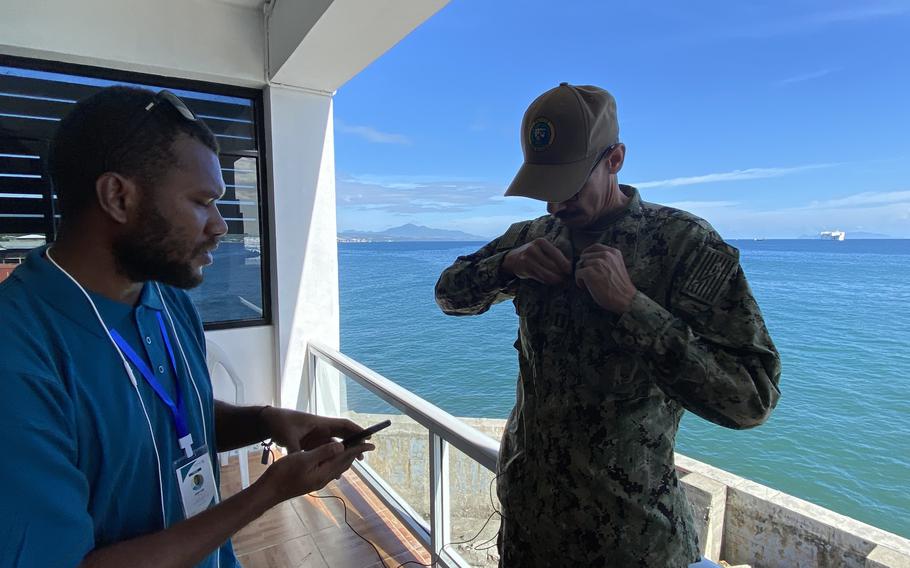 The Oliver Henry, which is based in Guam, was scheduled for a routine logistics port call on Guadalcanal, Lt. Kristin Kam, a spokeswoman for the 14th Coast Guard District in Honolulu, told Stars and Stripes in an email Thursday.

In Washington, National Security Council spokesman John Kirby said the State Department was in contact with the Solomon Islands’ government and “we certainly expected future clearances are going to be provided to U.S. ships.”

The U.S. suspects the Oliver Henry denial may have had to do with the Solomon Islands’ relationship with China, which is considered a U.S. adversary, according to Kirby.

“We’ve seen Chinese try to bully and coerce nations throughout the Indo-Pacific to do their best to serve what they believe [are] their selfish national security interests rather than the broader interests of a free and open Indo-Pacific,” he said. “I think it’s regrettable; we call it out when we see it. “

However, Kirby noted the Solomon Islands’ government should speak to their own reasons why they refused the ship’s clearance.

Sogavare, speaking at the Mercy’s welcoming ceremony in Honiara on Tuesday, said approval was not granted because “appropriate information” had not been sent to his office on time, the Solomon Star reported that evening.

“Unfortunately, by the time the approval was communicated on the evening of 20th August 2022, the ship’s captain had decided to leave our waters,” the prime minister said, according to the Star.

Sogavare said the Spey’s approval process was aborted when his office received notice from the British High Commission in Honiara that the ship no longer sought entry, the report said.

“Once the new mechanism is in place, we will inform you all,” Sogavare said, according to the report. “We anticipate the new process to be smoother and timelier.”

The islands were the setting for a major Allied campaign during World War II, beginning when U.S. Marines landed on Guadalcanal in August 1942. In the decades since the war ended, American focus has drifted from the island nation. The U.S. closed its embassy in Honiara in 1993.

In 2019, the Solomon Islands switched its diplomatic recognition from Taiwan to Beijing, following a years-long pressure campaign by China to do so.

In March, a leaked draft security agreement between the two nations seemed to authorize China to port warships and provide police assistance to the Solomons.

Officials of both countries have denied that China will establish a military base there.