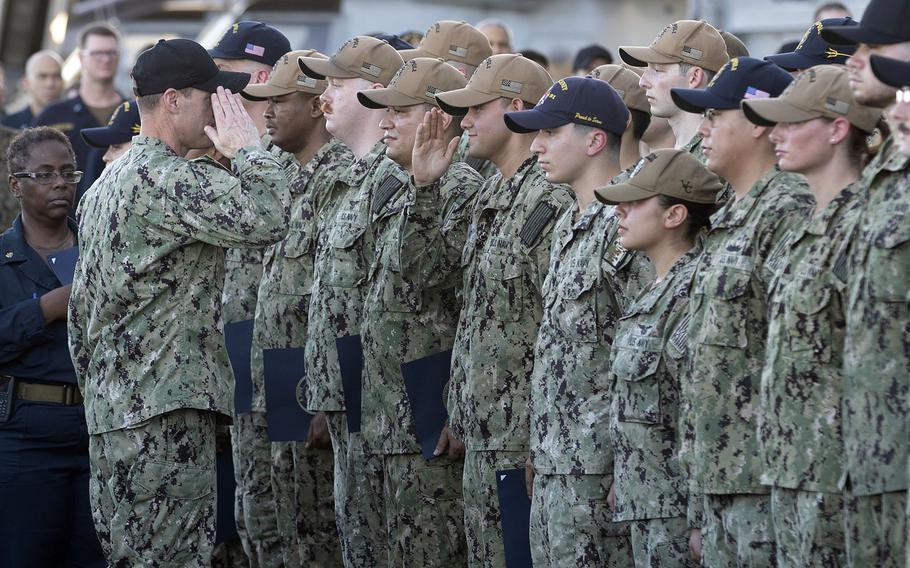 U.S. Navy leaders across three major commands have been ordered to fix problems plaguing the payment of sailors, the service announced in a statement Thursday.

The joint order, issued July 9, follows complaints about a lack of reliability and timeliness in disbursement of sailors’ housing allowance, special, separation and retirement pay and permanent change of station travel entitlements, the Navy said.

“Input from our fleet sailors made it very clear that our pay system is not running smoothly, which is impacting sailor and family readiness,” Adm. Daryl Caudle, commander of the Norfolk, Va.-based U.S. Fleet Force Command and one of three four-star commanders who jointly ordered the problems to be fixed, said in a statement. “Timely and accurate pay for our sailors is a no-fail mission, and the task order is our initial plan to get after it.”

In the order, commanders were directed to build trust with sailors by aggressively correcting problems and completing assigned tasks with urgency.

The order sets Dec. 31 as the deadline sailors should begin to receive pay and entitlements within 14 days of becoming eligible for them.

A lack of process standardization, insufficient training of payment administrators and technological problems related to the transactions were some of the issues resulting in pay backlogs, said Rear Adm. Stu Satterwhite, commander of the MyNavy Career Center.

Those systemic problems were exacerbated by a surge of high-priority transactions after the Red Hill fuel spill in Hawaii, Satterwhite said.

To address the problems, more workers are being moved into the centers where the payments at issue are processed. Once trained, those sailors will return to their commands, expanding the pool of people with the knowledge and authority to submit personnel and pay transactions, the Navy said.

Initial teams are expected to be in place by the end of the month, according to the statement. In addition, the Navy is transitioning to a more modern program to better manage payments to sailors, Satterwhite said.

The task order also said that issues related to unaccompanied housing and living standards during ship maintenance availabilities will be addressed in the coming weeks but that resolving pay issues was a top priority.