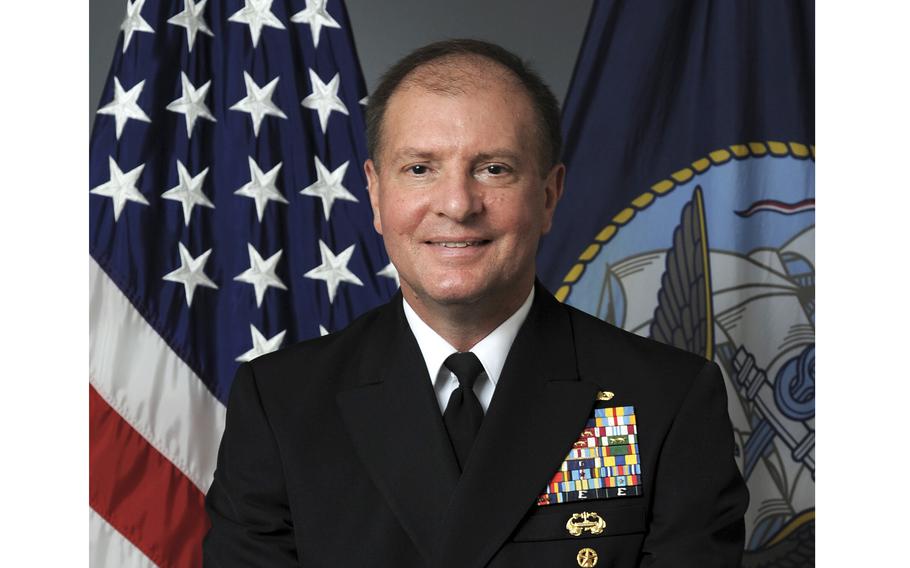 NAPLES, Italy — An experienced submariner currently serving at the Pentagon is slated to be the next commander of U.S. Naval Forces Europe-Africa as well as a joint forces command based in southern Italy.

Munsch is director for Joint Force Development, J7, in Washington, D.C., the Pentagon said. It’s unclear when his appointment would be formalized or when he would assume his new duties.

However, the Pentagon typically refrains from making such announcements unless the appointment has been approved.

Adm. Robert Burke has served in the threefold leadership role in Naples since July 2020.

A 1985 graduate of the Naval Academy in Annapolis, Md., Munsch also earned bachelor’s and master’s degrees at Oxford University in England as a Rhodes scholar.

He subsequently served at sea on the Benjamin Franklin-class ballistic submarine USS Will Rogers and aboard the Los Angeles-class attack submarines USS Jefferson City and USS Tucson, according to his Joint Chiefs of Staff online biography.

His early assignments also included time on the aircraft carrier USS Kitty Hawk. Since then, the North Dakota native has served in a variety of leadership roles.

Munsch’s assignment isn’t the only change recently announced for U.S. naval operations based in Naples.

In April, the Pentagon announced that Vice Adm. Eugene Black III had been nominated by Biden for a post in the Office of the Chief of Naval Operations in Washington.

Black currently serves as commander of U.S. 6th Fleet and Striking and Support Forces NATO, among other duties.

The Pentagon announced May 20 that Biden had nominated Rear Adm. Thomas Ishee for promotion to vice admiral and assignment to the roles Black is leaving.

Ishee is the director of global operations for U.S. Strategic Command at Offutt Air Force Base in Nebraska, the Pentagon said.