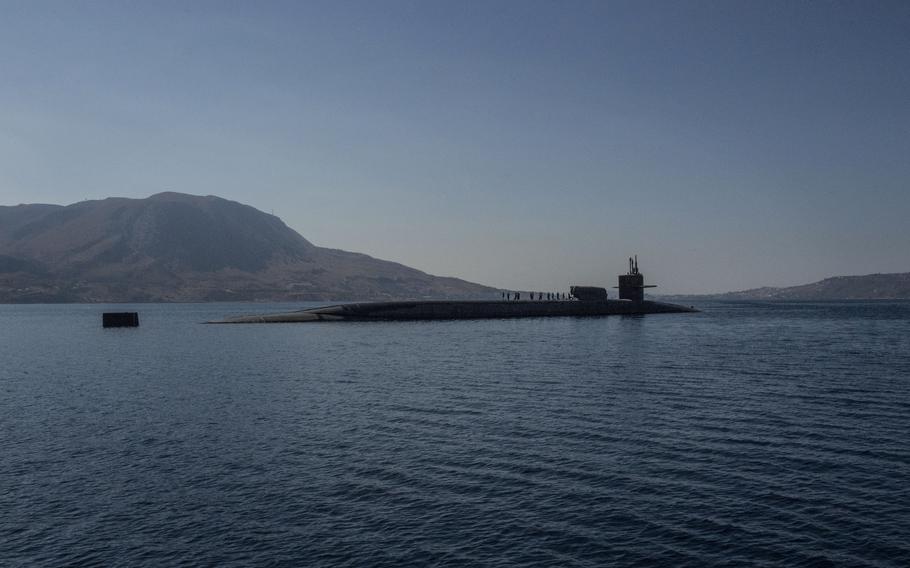 The U.S. Navy's two newest submarine programs have been hampered by growing costs, poor contractor performance and delays in the last year, according to an assessment by congressional auditors.

Costs for the 12-vessel Columbia class, the U.S.'s next nuclear-missile submarine, have grown by $3.4 billion to a projected $112 billion before the first planned deployment in 2031, the Government Accountability Office said in its latest annual report on major U.S. weapons systems.

Similarly, over the last year work on the latest model Virginia-class attack submarine, which shares some of the same workforce, "fell further behind schedule, and construction costs continued to grow above original targets due to overall higher workforce demand and additional factors such as correspondingly less experienced workers," the agency said.

The Columbia class will replace the fleet of 14 Ohio-class submarines that carry Trident nuclear missiles and is envisioned as the front line of U.S. nuclear deterrence strategy into the late 21st century. The subs will carry one leg of the so-called nuclear triad along with land-based intercontinental ballistic missiles and air-launched weapons.

The 252-page GAO assessment -- the most comprehensive evaluation of the Defense Department's weapons portfolio -- reviewed 40 major current defense acquisition programs, four future major programs and 19 middle-tier projects. The submarine setbacks are among the most telling in the report released Wednesday. Both submarines are built jointly by General Dynamics Corp. and Huntington Ingalls Industries Inc.

Seventeen of the major programs GAO reviewed had delays, some of them "on top of past postponements," according to the report. Those include the DDG-1000 destroyer from General Dynamics, the MQ-4C Triton surveillance drone made by Northrop Grumman Corp., the CH-53K cargo helicopter from Lockheed Martin Corp. and Boeing Co.'s new Air Force One presidential jet and its MH-139A Gray Wolf helicopter to patrol ICBM silo fields.

As lawmakers press the Pentagon to accelerate deployment of new systems to counter China's rapid military development, the GAO findings provide little comfort. "This year, we continued to see significant numbers of programs reporting delays, even as the department emphasizes the need to deliver capabilities to the warfighter more quickly," the agency concluded.

"In our 20 years of annual reports on DoD's costliest acquisition efforts, we have highlighted the consistent commitment of DoD senior leadership to improving outcomes, including recent efforts to accelerate the development and delivery of capabilities," said the agency. "However, we continue to find that the department misses opportunities to gain appropriate knowledge before making significant investment decisions."

The Army's Extended Range Cannon Artillery, which is being developed as a rapid prototype and promoted as a counter to China, has "encountered multiple challenges during the past year, including delays in maturing critical technologies. These issues are likely to lead to schedule delays" and "may lead to cost growth," the GAO said.

For the first time in its annual assessment, the GAO highlighted programs vulnerable to industrial base disruptions or shortages, such as the CH-53K helicopter, as the Defense Department "reported that the supplier that produces the main gear box has not been able to produce enough parts or meet quality specifications for years. In order to mitigate this problem, the program is certifying two new suppliers to produce these parts."

The Air Force "continues to track a cybersecurity vulnerability risk stemming" from the design of Boeing's F-15EX fighter, which is derived from a model sold to Qatar. The Air Force is buying 60 through 2024 to replace older F-15C models, the GAO said.

The F-15EX is "not designed to U.S. Air Force cybersecurity requirements" so the program office planned to bring subject matter experts together in April "to conduct a tabletop exercise in which they talk through how they would respond to simulated scenarios in identifying vulnerabilities," according to the report.

The United Launch Alliance -- the Boeing-Lockheed joint venture that competes with Elon Musk's SpaceX for national security satellite launches -- continued to have difficulty last year developing an alternate engine for its new Vulcan rocket to replace the Russian-made RD-180 used for decades, the GAO said. The first flight with the new engine was delayed to this year but "until ULA resolves the rocket and engine issues, the program must rely" on the Atlas V rocket "with engines manufactured in the Russian Federation."

The Columbia submarine's price increase reflects "an August 2020 independent cost estimate for the whole class, expenditures on the supplier base and missile tubes that required costly rework, poor contractor performance during design and updated construction costs, among other things," the GAO said. The keel for the first of 12 submarines, the U.S.S District of Columbia, was laid June 4.

As of August 2021, the Columbia's workforce "completed less construction than planned due to errors and quality problems that resulted in rework, as well as late supplier materials, among other things." GAO said.

The shipbuilders are "mitigating delays by prioritizing construction of the Columbia class" over other submarine work, the GAO said. "Program officials reported that the shipbuilders added more workers to the Columbia class construction efforts than the Virginia class, contributing to delays on the Virginia class submarine." It said "additional cost increases and schedule delays are likely."

The GAO said it provided a draft of its assessment to the Navy's submarine program office for review and it provided technical comments, "which we incorporated where appropriate." The program office stated "that it took actions to reduce risks, such as ensuring stable requirements, executing manufacturing readiness and supplier base efforts, and pursuing cost reduction actions."