Naval Academy midshipman who died on leave was a Marine veteran 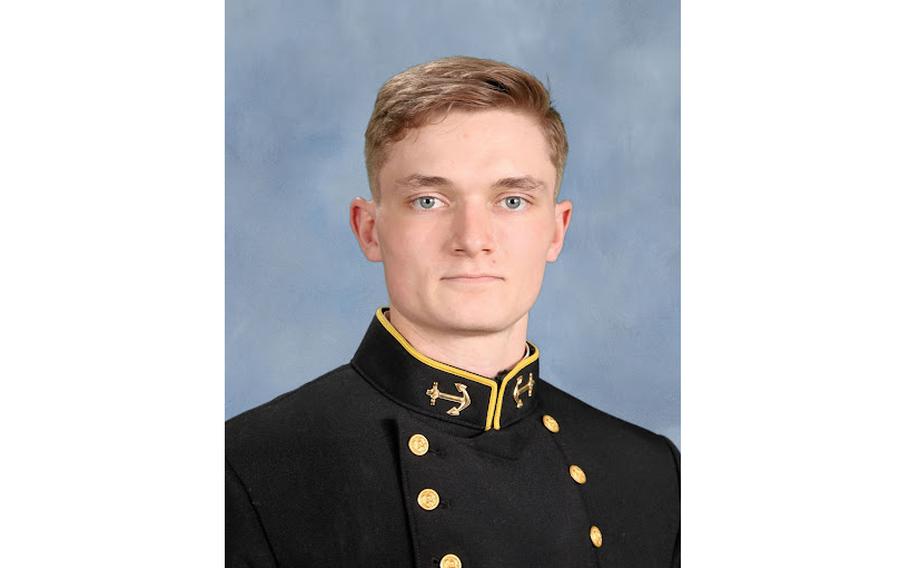 WASHINGTON — A Naval Academy midshipman who died while on leave was a 24-year-old Marine Corps veteran, the school said Wednesday.

Midshipman 1st Class Taylor Connors of Pleasant View, Utah, died early Tuesday in Philadelphia “with family at his bedside,” according to an academy statement.

The circumstances of his death are under investigation, though foul play is not suspected, the academy said.

Connors entered the academy in 2019 after enlisting in the Marine Corps in 2016. Before that, he attended the Utah Military Academy “where he attained the rank of group commander, responsible for over 250 cadets,” the Naval Academy said.

“Our Naval Academy community is mourning a tragic loss this week of a life taken far too soon,” said Vice Adm. Sean Buck, the superintendent of the academy in Annapolis, Md. “Through the grieving process, I encourage members of the brigade, faculty and staff to reach out and offer support to one another from near and far this summer.”

The Physics major was on the school’s jiu-jitsu team and a member of the 23rd, 2nd and 16th companies. He was also a member of the Semper Fi Society and participated in intramural sports.

Connors was described as a “leader among his peers,” serving as the 2nd Company first sergeant last fall, “working alongside the company commander and executive officer, responsible for ensuring accountability during day-to-day company operations,” according to the statement.

“Taylor Connors was the best of us. He was a true mentor and leader among his peers, but I know he saw himself as a Marine infantryman first and foremost,” Emison said. “There is something to be said about an ethos like the one he exemplified.”

During his time in the Marine Corps, Connors served as a rifleman and deployed to Bahrain and Rota, Spain, with the Fleet Anti-terrorism Security Team Company Bravo out of Yorktown, Va.

“He was noted for volunteer work with a local school in Bahrain and an animal refuge in Rota, and his chain of command described him as “intelligent, a critical thinker, very thoughtful, physically tough and honest,’ ” the academy said.

He was also an honor graduate of the Marine Corps’ corporal’s course, awarded the Navy and Marine Corps Achievement Medal and authorized to wear the National Defense Service Medal, the Global War on Terrorism Expeditionary Medal, the Global War on Terrorism Service Medal, the Sea Service Deployment Ribbon, the Expert Rifle Qualification Badge and the Expert Pistol Qualification Badge, according to the academy.

“Although I am heartbroken for his family and those of us who were fortunate to have known him, it doesn’t make me any less grateful that men like him are still called to serve,” Emison said. “Men like him make this way of life meaningful — I am honored that I had the pleasure to know him and learn from him.”

Funeral arrangements are pending, according to the academy.

The last publicly announced midshipman death happened one year ago in June 2021 when Michael Myles James, 22, also died while on leave.