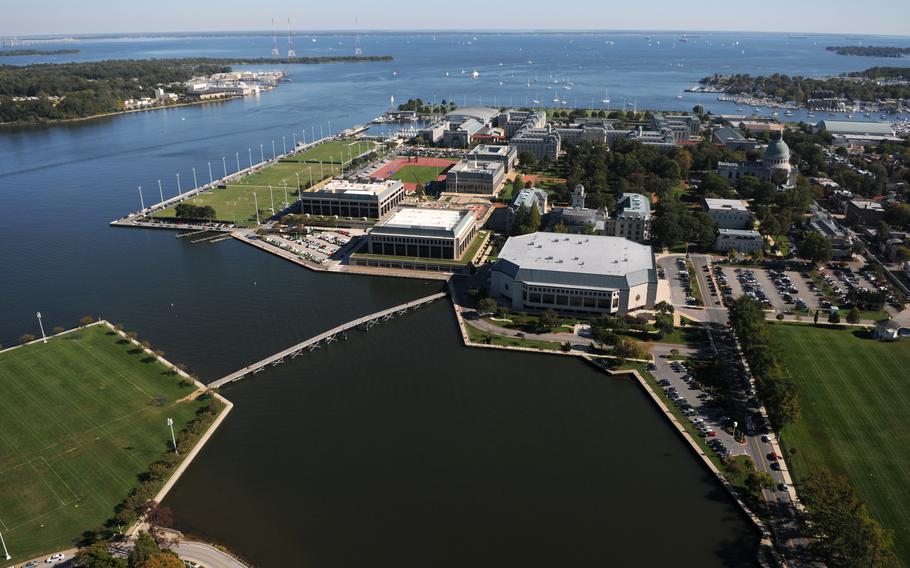 WASHINGTON — A U.S. Naval Academy midshipman died early Tuesday while on leave, the school said in a statement.

Investigators are looking into the student’s cause of death, according to the statement. The academy provided no information on the midshipman’s identity.

“The brigade of midshipmen, faculty and staff were notified of the midshipman’s death this morning,” the academy said. “Out of respect for the family’s privacy, the identity of the midshipman is being withheld for 24 hours after next-of-kin notification.”

The naval academy, which is in Annapolis, Md., is providing counseling services for students and staff “during this time of grief,” according to the statement.

The last publicly announced midshipman death happened one year ago when Michael Myles James, 22, also died while on leave, officials said at the time. He was found unresponsive at his uncle's house in Hiram, Ga., in June 2021 and would have graduated last month.

There are more than 4,500 midshipmen enrolled at the academy, according to the Navy.