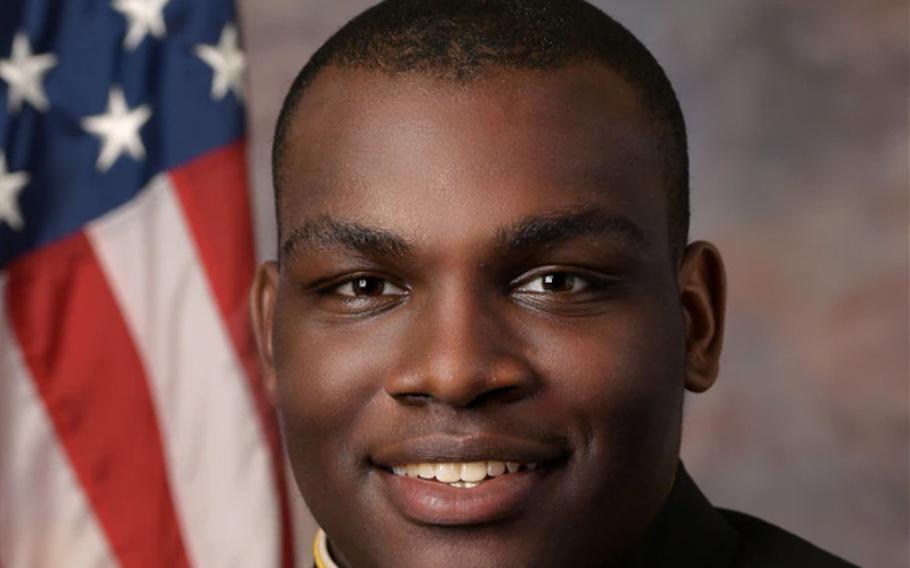 A Naval Academy midshipman who died while on summer leave is being remembered as a kind-hearted jokester who once played linebacker for the school’s football team.

The cause of death is under investigation and foul play is not suspected, according to a news release from the academy.

James was an English major who attended the Naval Academy Prep School before enrolling at the school in Annapolis, Md., as a member of the class of 2022, according to an academy news release.

“I’m not ashamed to say that I loved every moment I spent with him,” James’ academic adviser, Pamela Schmitt, said in the statement. “He was as kindhearted a soul as I’ve ever met, and he will be missed by everyone who knew him.”

James was also a member of the academy’s football team and played linebacker his plebe year, according to a Navy Football roster.

"We are heartbroken to hear of Myles' passing," head coach Ken Niumatalolo said in a statement. "Myles was a great young man and was beloved by his brothers/teammates. He was fun to be around and was a real jokester."

Classmate Yenuel OrtizRodriguez said James “would remind you to celebrate every aspect of your life and to look good while you did it.”

“Myles was your brother, someone who always had your back and made sure that you knew it,” he said in the statement.

James is survived by his uncle, mother, brother and sister. Funeral arrangements are pending.

He is the 14th midshipman to die in eight years and the second in the past year, according to the Capital Gazette newspaper in Annapolis.