‘Anywhere, any time, at the point of need’: Navy’s newly reactivated 2nd Fleet proves its readiness in North Atlantic 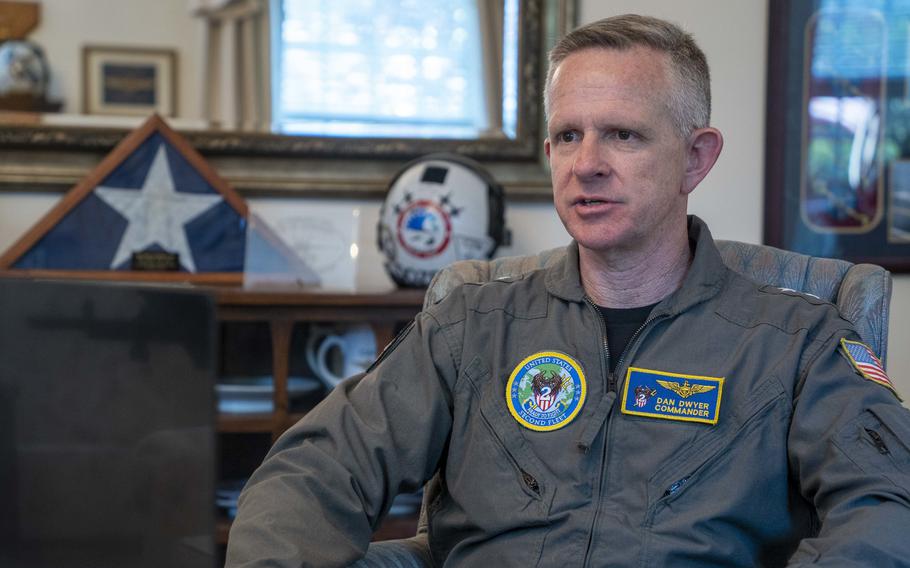 (Tribune News Service) — The four destroyers from Norfolk and Mayport that sailed east this winter as tensions between Russia and Ukraine mounted proved a couple of key points about the newly reestablished, Norfolk-based 2nd Fleet, said Vice Adm. Daniel Dwyer, its commanding officer.

The first, he said, is that formal boundary lines for the various Navy fleets don’t get in the way when ships need to go into action — those four destroyers operated under the command and control of 2nd Fleet while in the North Atlantic, North Sea and Baltic, which are formally the turf of 6th Fleet.

The second, that East Coast-based warships just back from deployment and before going into a yard for maintenance work — in what the Navy calls a “sustainment” period — can move fast when called on for a surge deployment

The four-month mission of Norfolk-based USS Forrest Sherman and USS Mitscher and Mayport’s USS The Sullivans and USS Donald Cook marked the first time since 2nd Fleet’s reactivation in 2018 that it — in the person of Dwyer and staff, on board USS Mount Whitney — exercised operational command and control of deployed ships.

They operated with ships from NATO allies Italy, Great Britain, Denmark, Germany, France and Poland, as well as Sweden, which has since said it is considering joining NATO.

“We train to a high level, we train our ships for any mission set ... off the Virginia capes,” Dwyer said. “But to actually sail alongside the naval vessels from one of our NATO allies and one of our partners — you just can’t do that in training ... that live interaction, actually coming up on bridge to bridge and having that communication, then discussing how they’re going to execute a mission together, you just can’t replicate that.”

The deployment allowed 6th Fleet to concentrate on the Mediterranean, he said. The Norfolk-based USS Harry S. Truman carrier strike group has been there, operating under 6th Fleet, as it conducts air policing and other operations.

The deployment also meant the four destroyers’ sailors got a taste of some of the roughest and coldest waters around: crossing the North Atlantic in the middle of winter, escorting the Italian carrier Garibaldi through the notoriously turbulent North Sea and operating with a Swedish ship and NATO allies in the narrow waters of the Baltic.

“The message is clear. The U.S. Navy deploys ready, trained naval forces and can operate anywhere, any time, at the point of need,” Dwyer said.