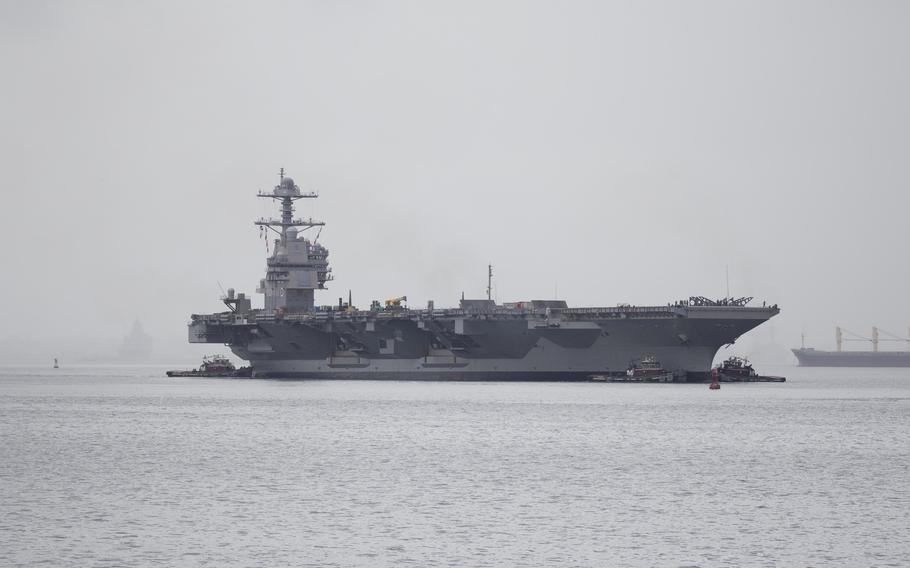 (Tribune News Service) — The Navy’s newest aircraft carrier has completed two milestones in its workup for deployment, slated for the fall.

Navy evaluators have certified the flight deck and carrier air traffic control center of the USS Gerald R. Ford, finding that equipment works properly and the crew operates in the right way.

During the evaluation, Oceana-based Carrier Air Wing 8 flew its F/A 18 SuperHornet fighters, E2-D Hawkeye airborne early warning and MH-60s Nighthawk helicopters on and off the carrier to test the electromagnetic catapult and arresting gear, as well as aircraft movement on the Ford’s reconfigured flight deck. Testing these was also a major element of last year’s testing and trials sessions at sea.

Ford conducted more than 400 day and night aircraft launches and recoveries to earn the certification.

Before getting underway, Navy evaluators tested Ford’s air department on how sailors responded to potential flight deck emergencies and on their firefighting knowledge and skills. 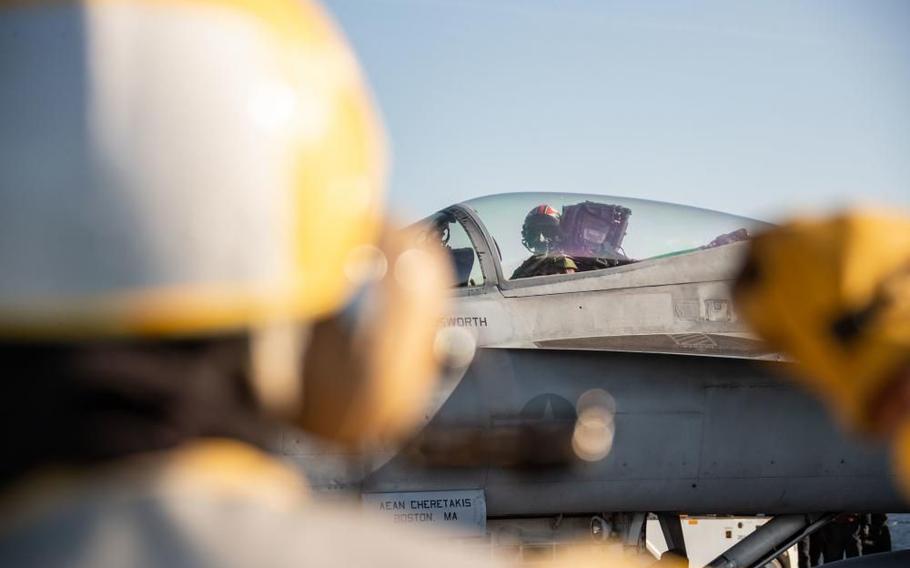 “From the air controllers and flight deck crews, to the catapult and arresting gear teams, our crew showed a level of professionalism that enabled a successful air wing integration with Carrier Air Wing 8,” Lanzilotta said.

“The best part, I think, is seeing our teammates from Carrier Air Wing 8 come aboard and fit right in with our enthusiastic and motivated approach,” he added.

Ford’s work continued following the certification, when — as during last year’s trial and testing sessions at sea — it continued to run flight operations to keep pilots’ carrier qualifications current.

The carrier is now in its basic phase of work-up for deployment, during which Navy evaluators will test the crew on other critical operations, including ship handing, damage control and running its advanced weapons systems. With those in hand, workups will focus on more intensive coordination with the airwing and later with the other ships in its carrier strike group.