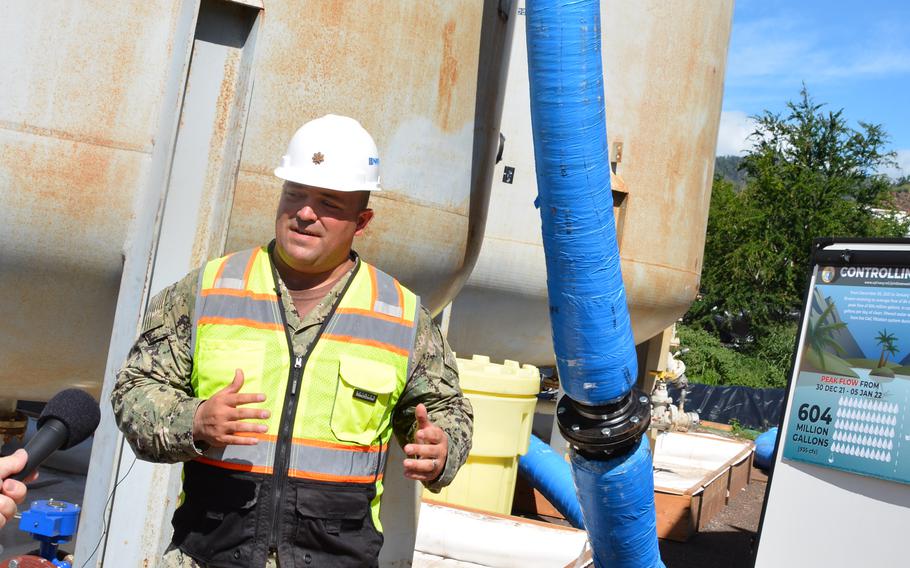 (Tribune News Service) —The U.S. Environmental Protection Agency said today it plans to inspect a Navy fuel storage facility in Hawaii after it spilled petroleum that contaminated the drinking water system used by 93, 000 residents in neighborhoods in and around Joint Base Pearl Harbor-Hickam.

The EPA informed Navy Region Hawaii in a letter that it would conduct an underground storage tank inspection and a spill prevention inspection the week of Feb. 28.

Martha Guzman, the agency’s regional administrator for the Pacific Southwest, said in a statement the EPA was conducting the inspections given recent events and because of its regulatory and oversight responsibilities.

The EPA conducted a Clean Water Act inspection of the Red Hill fuel storage facility in October, agency spokesperson Mike Alpern said in an email. The agency conducted an underground storage tank site visit in 2015 and a spill prevention inspection in 2011.

The letter said the agency would continue to work with the Navy and the Hawaii Department of Health to restore safe drinking water to the community and to make sure the nearby groundwater aquifer is protected.

The Navy isn’t sure what caused the spill, though it has been investigating a theory that jet fuel spilled when a pipe ruptured in May and got into a fire suppression system drain line. It believes fuel then may have leaked from this drain line into a Navy drinking water well and been pumped into the Navy’s water system.

Thousands of military families have been displaced from their homes as the military works to clean its waterlines and embarks on an expensive effort to clean up groundwater in and around its Red Hill shaft, which has been shut down for more than two months. ©2022 The Honolulu Star-Advertiser