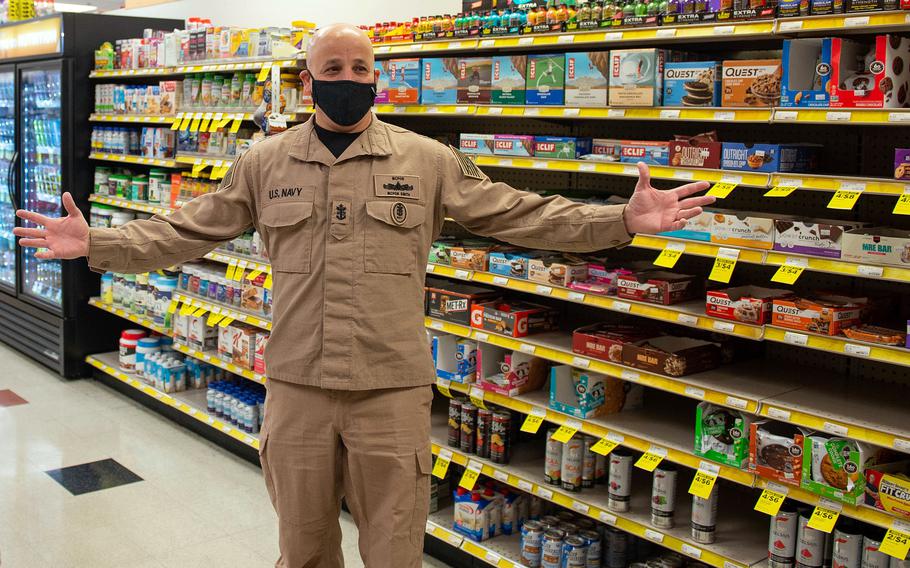 Master Chief Petty Officer of the Navy Russell Smith visits a Navy Exchange in Homeport Hampton Roads Iowa Estates, Va., during a military housing tour, Jan. 28, 2022. Smith is testing a new flame-resistant khaki working uniform, which will be an alternative to coveralls and provided to sailors at no cost to them. (Maria G. Llanos/U.S. Navy)

The Navy’s top enlisted member has been sporting a new khaki working uniform that has spurred a mix of confusion, excitement and apprehension among sailors on social media.

Master Chief Petty Officer of the Navy Russell Smith was seen wearing the outfit in photos from a visit to Navy facilities in Virginia late last month that were shared on his official Instagram and Facebook accounts.

“What uniform is MCPON wearing?” Instagram user @o.livxrr asked in response to a post Monday, a question echoed in other comments on the official accounts and threads on the Navy forum of Reddit.

Known as the two-piece, flame-resistant organizational clothing variant, it was being worn as part of a test, Smith’s Instagram account said in response to a question. 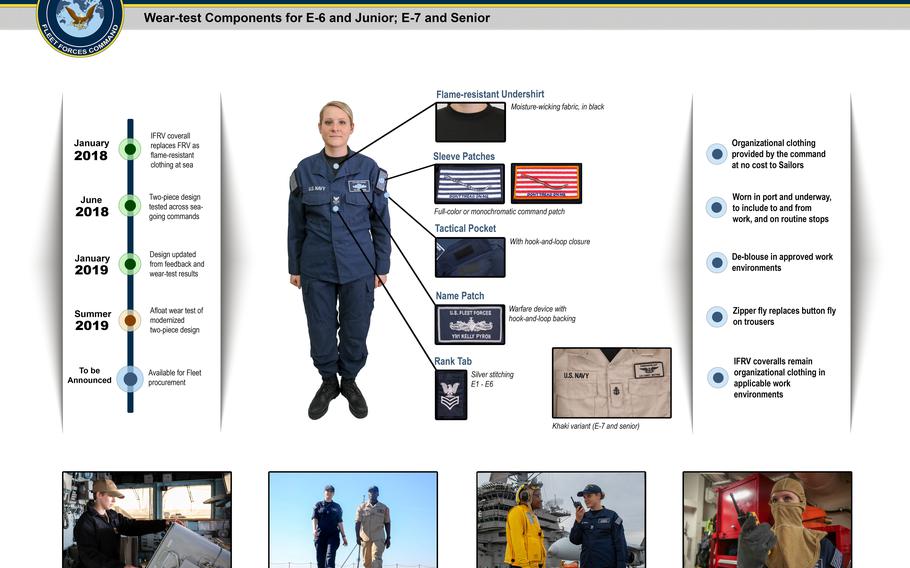 The chief of naval operations approved the garment in late 2020, bringing sailors one step closer to wearing it after rounds of wear-testing and fleet feedback in 2018 and 2019, said Lt. Cmdr. Madisyn Hansen, U.S. Fleet Forces Command spokeswoman.

The Navy chose 40 “ambassadors” at East Coast units to begin wearing it in October to “showcase the new garment and answer sailors’ questions” about it, Hansen said in an email to Stars and Stripes.

Several social media users were asking whether this was yet another uniform sailors would be required to buy.

But Hansen said the two-piece set, popularly known as 2POC, is an optional uniform that will be provided at no cost.

“The 2POC is not an addition or a requirement for sailors’ sea bags, meaning it will not come out of their annual uniform stipend or paychecks,” she said Tuesday.

It’s meant to be worn on ship and at operational commands ashore in place of flame-resistant coveralls or flight deck pants, she said. 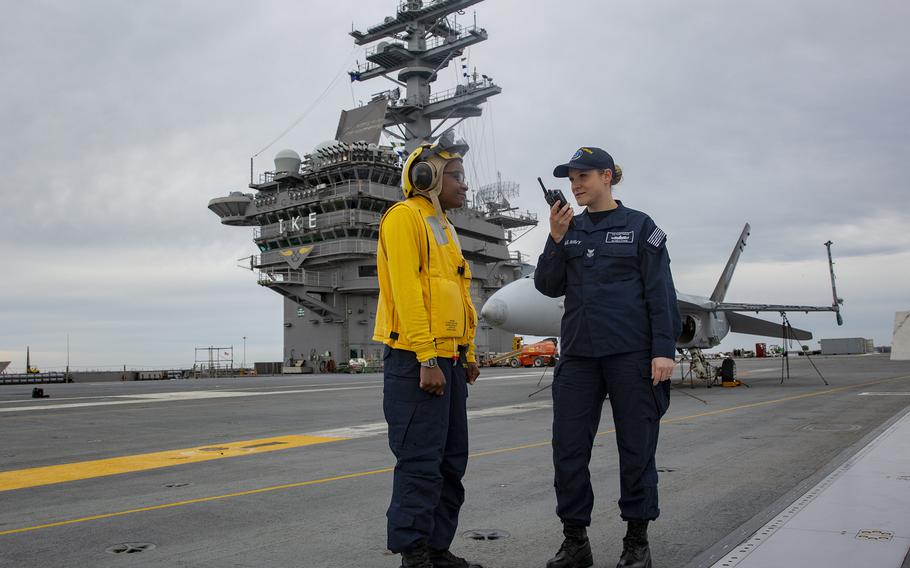 The two-piece variant was inspired by sailor feedback after the 2017 release of the improved flame-resistant variant coverall, or IFRV, Hansen said.

The new organizational clothing combines the flame-resistance of the Navy’s coveralls with the “travel flexibility” of the Type III uniform, Smith said in a statement Hansen provided. It’s approved for wear both on base and off, in port and underway.

But for the 2POC, the service adopted “traditional Navy uniform colors” — blue for enlisted sailors below the rank of chief and khaki for chiefs and officers — Fleet Forces Command said in a 2019 statement.

Half the ambassadors now wearing it are junior enlisted sailors and petty officers, and half are chiefs or above, Hansen said. They’re spread throughout units on aircraft carriers, amphibious ships, surface ships and submarines.

“Straight flexin that new uni!” commenter @jayse wrote on Smith’s Instagram post this week. “When will the blues and khakis roll out to us?”

That question doesn’t yet have a clear answer. The Navy is in the process of contracting procurement of the 2POC, but there’s no firm date for a wider rollout, Hansen said.