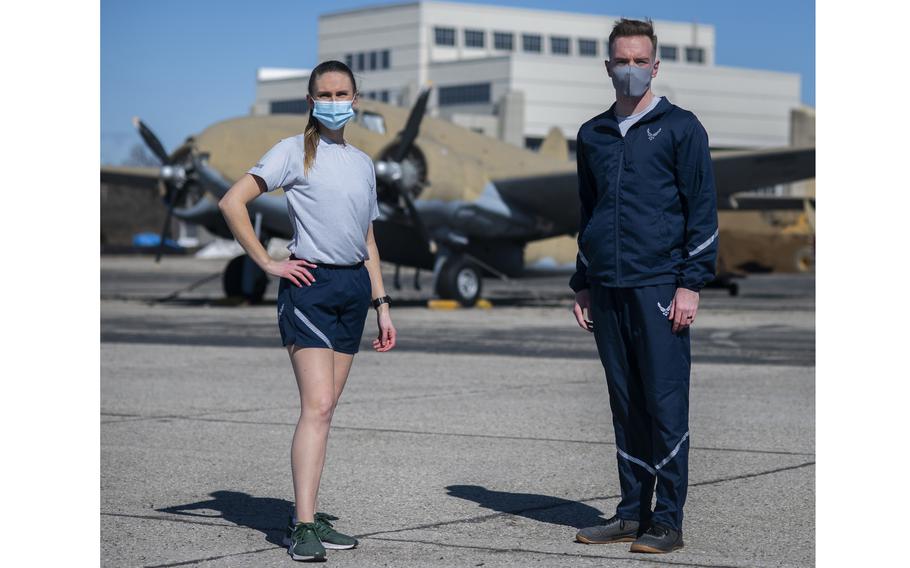 Loosened Air Force dress and appearance standards have taken effect, giving airmen license to put their hands in their pockets and talk on cellphones while walking, among other changes.

The rules, which were implemented Friday, also allow men an extra half-inch bulk of hair or cosmetic scalp tattoos “to create a natural hair appearance” to compensate for thinning hair.

Women are now permitted to have eyelash extensions of their natural hair color, and they can wear headbands or scrunchies up to 2 inches wide. Also, hosiery is optional for their dress uniforms.

In all, more than 30 recommended changes were put in place based on testing and feedback from airmen and reviews by the 2020 Air Force Uniform Board, the service said in August, though not all were revealed at the time.

Hair dye is authorized for both women and men, so long as it is a naturally occurring hair color. It does not necessarily have to be the airman’s own natural hair color. A mix of colors, such as a salt-and-pepper look, is also OK if it maintains a natural appearance, the rules state.

Male airmen still need a medical or religious waiver to wear beards, but the new regulations allow medical officials to authorize waivers for the former reason, whereas previous language left it to a commander’s discretion based on medical advice.

Another change to facial hair standards lets airmen with shaving waivers, known as profiles, shave or trim their hair as necessary “to present a neat, clean, professional image.”

The new standards also remove a line requiring commanders and supervisors to “monitor progress in treatment to control these waivers.”

The updates were aligned with “standards and culture that maintain our focus on warfighting, while providing options to meet many of the needs of our airmen,” Lt. Gen. Brian Kelly, Air Force deputy chief of staff for manpower, personnel and services, said in an August statement.

Airmen are now allowed to tuck in the OCP uniform coat or fold its sleeves inward if needed for work, which is common practice for special operations troops. In addition, they may wear their physical training shirts untucked. 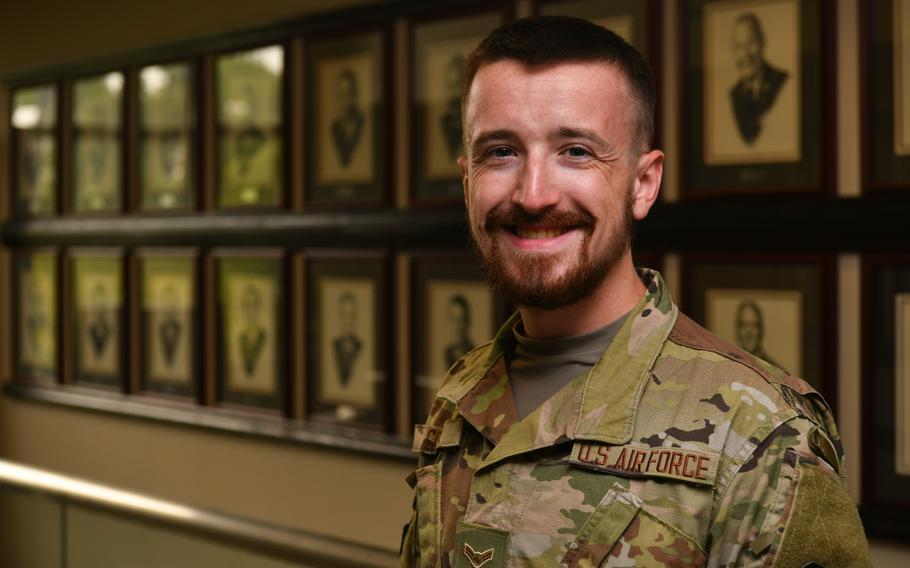 There are also several changes affecting the wearing of jewelry and various uniform accessories and decorations. Thumb rings and transparent earring spacers are allowed, for example, as are sweatbands in the PT uniform.

Airmen can also add Velcro pen holders and morale patch accessories to the OCP uniform or wear certain foreign insignia and badges outside the country that conferred them. Morale patches must be command-approved and may also be worn on the two-piece flight duty uniform.

Some changes removed restrictive language about specific behaviors. For example, the old rules prohibited airmen in uniform from drinking water while walking or from putting their hands in their pockets while walking or standing still.

The intent is to allow airmen, noncommissioned officers and commanders more flexibility to make such decisions based on changing situations and circumstances, Kelly said in August.

Uniformed airmen are still prohibited from drinking beverages other than water, except as authorized by commanders during special functions.

They may talk or text on a cellphone while walking, subject to other military customs and courtesies that take precedence, such as saluting.

The new rules apply to the Space Force as well “unless and until separate service guidance is published,” the instruction says. That guidance will then supersede the Air Force’s in the new service.