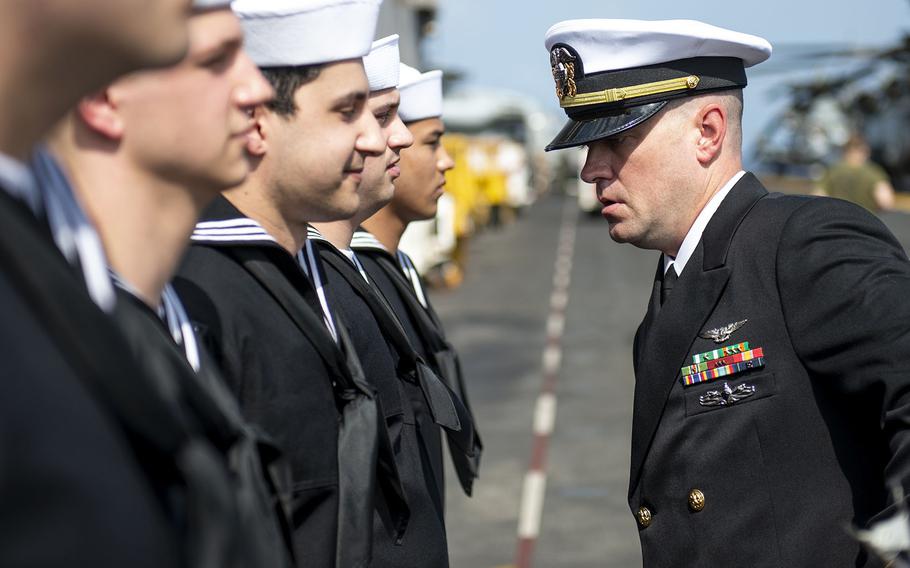 The service has officially sanctioned flat-tops, faded and bald hairstyles in addition to the traditional “high and tight” look for male sailors, the Navy said in a statement. Sideburns are also authorized, but not for bald sailors.

Women are now allowed to have “very short hair styles” that show the scalp, but “razor-cut bald styles are not authorized except when prescribed for treating medical conditions.”

“This gives women more options for greater ease on hair care, especially while on deployment when longer styles can be tougher to maintain,” said Rob Carroll, who is in charge of Navy uniform matters. “Female sailors have been asking for this flexibility.”

While some sailors might have donned these looks already, the new standards spell out what’s accepted to “eliminate inconsistency” and “provide clearer guidance that will facilitate compliance and enforcement,” Carroll said. 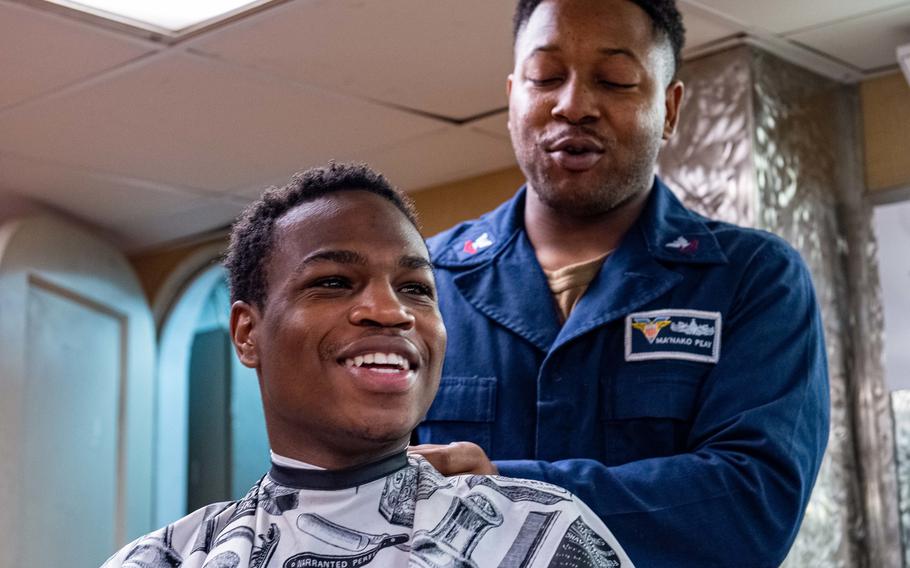 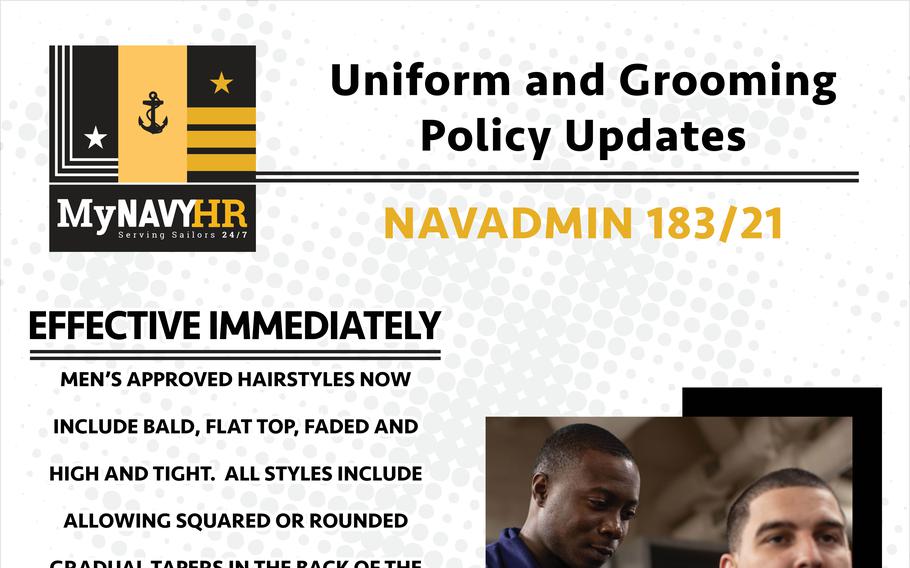 The Navy has officially sanctioned flat-tops, faded and bald hairstyles in addition to the traditional “high and tight” look for male sailors. (U.S. Navy) 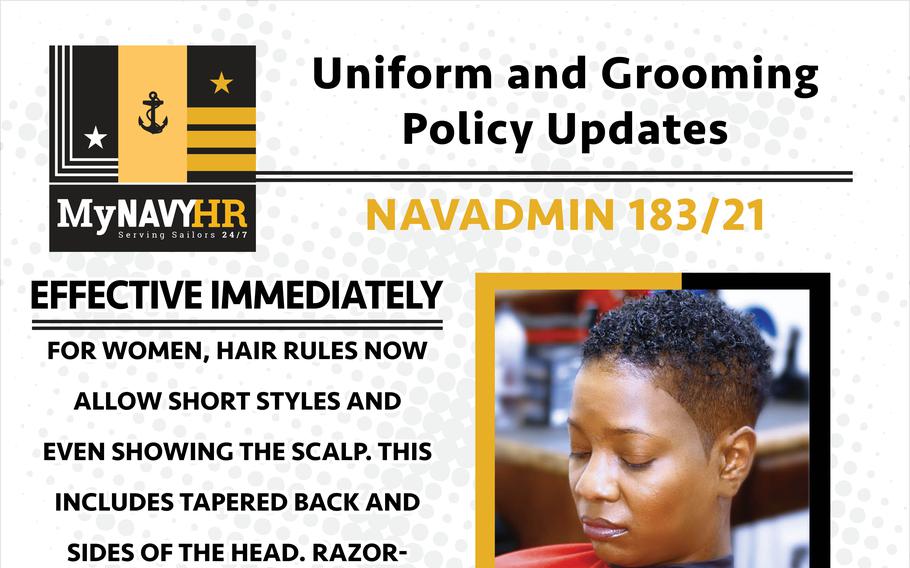 The Navy grooming policy for women was updated to allow “very short hair styles” that show the scalp. (U.S. Navy)

In addition to hairstyles, the new standards allow punctuation marks in name tags and tape for sailors whose legal names contain accents. The standards also permit male sailors to wear earrings while on leave or liberty while wearing civilian clothes. In addition, female sailors can now wear heels up to 3 inches in height, up from 2 and 5/8 inches.

Smartwatches and fitness trackers are also now allowed to be worn as watches, but they "are subject to applicable security regulations" as some contain GPS and other tracking technology, according to the updated uniform policy.

The new standards also laid out acceptable colors for eyeglasses and sunglasses frames. Sailors may now wear silver, gray, black, navy blue, brown, gold or translucent glasses frames. However, straps to secure the glasses can only be used “for foreign object debris prevention and safety,” according to the service.

“There are just so many options available today for glasses and we needed to get some standardization of appearance in uniform,” Carroll said. “This change allows for a wide variety of options, ease of compliance and enforcement as well as maintaining a professional military appearance.”