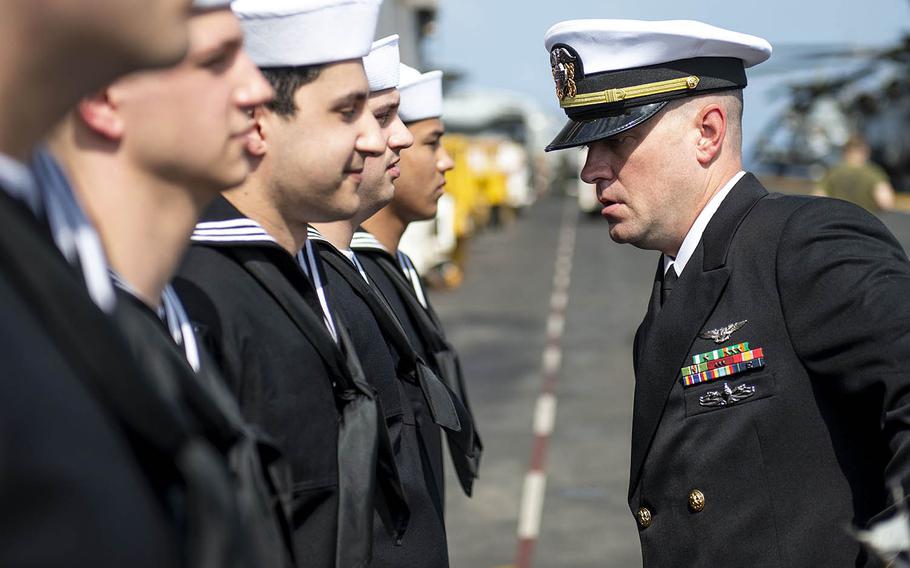 Sailor feedback has prompted the Navy to change grooming standards terms that are considered vague and sometimes arbitrarily applied, according to a recent Navy administrative message.

A series of changes are coming to hair standards, especially, that are aimed at “enhancing clarity, interpretation and application of uniform policies,” according to Naval Administrative Message 072/21 issued Thursday.

The message comes after a Navy review of its hair and grooming standards in the summer and fall of 2020. The service assembled focus groups of sailors, male and female, officer and enlisted, and asked them whether the existing standards are racially biased, the message states.

The Navy found no bias, but sailors cited many instances of inconsistent application and policy enforcement because of vague terms in the grooming standards.

“Overall, with grooming standards, we found that there were none that were discriminatory,” Vice Adm. John Nowell Jr., the Navy’s chief of personnel, told the Navy Times in February. “But the way that some were written, it was too subjective, as a commanding officer looked at the interpretation and carrying out what those regulations were.”

The message states that the update is “forthcoming” and that until the Navy’s uniform regulations are updated, the naval administrative message should serve as a reference to those upcoming changes.

“I think the changes were very needed, especially with the experiences of my peers,” Petty Officer 3rd Class Belen Saldana, who works for American Forces Network at Yokota Air Base, Japan, said Monday. “It helps protect sailors and better defines what sailors can and can’t do with their hair.”