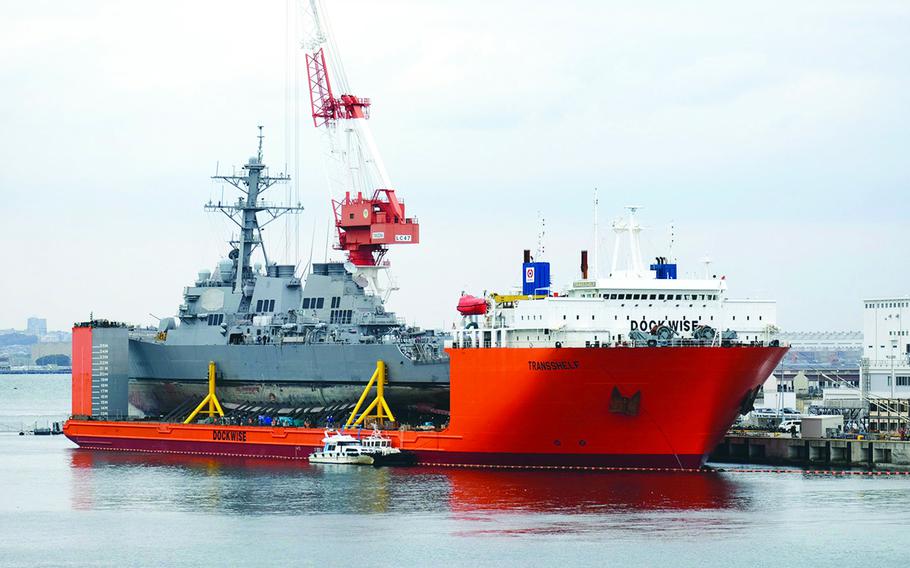 The collision-damaged USS Fitzgerald is pictured aboard the MV Transshelf at Yokosuka Naval Base, Japan, Nov. 27, 2017. (Stars and Stripes)

YOKOSUKA NAVAL BASE, Japan – The USS Fitzgerald steamed into Tokyo Bay on Friday, the guided-missile destroyer’s first visit to its former homeport since departing more than four years ago heavily damaged from a collision that killed seven sailors.

The Fitzgerald’s return to Yokosuka is for a routine port visit, Task Force 71 spokesman Lt. Cmdr. Joe Keiley told Stars and Stripes in an email Friday.

He declined to comment on the ship’s length of stay due to operational security but said its crew would be able to use on-base facilities in accordance with COVID-19 mitigation procedures set by U.S. Forces Japan.

The Fitzgerald departed Naval Base San Diego, where it’s been homeported since 2020, on Jan. 3 as part of the aircraft carrier USS Abraham Lincoln’s strike group, according to the Navy. The group has since been operating in the Western Pacific.

On June 17, 2017, the Fitzgerald was sailing off the coast of Japan, approximately 64 miles southwest of Yokosuka, when it collided with the Philippine-flagged cargo ship ACX Crystal.

The accident caused significant damage to the destroyer’s superstructure and hull. A large puncture below the waterline flooded three compartments, and the captain’s cabin was destroyed.

A Navy investigation into the collision cited crew exhaustion, skipped certifications, poor watch-standing and training and manning problems among the causes of the collision, which the report found was preventable. 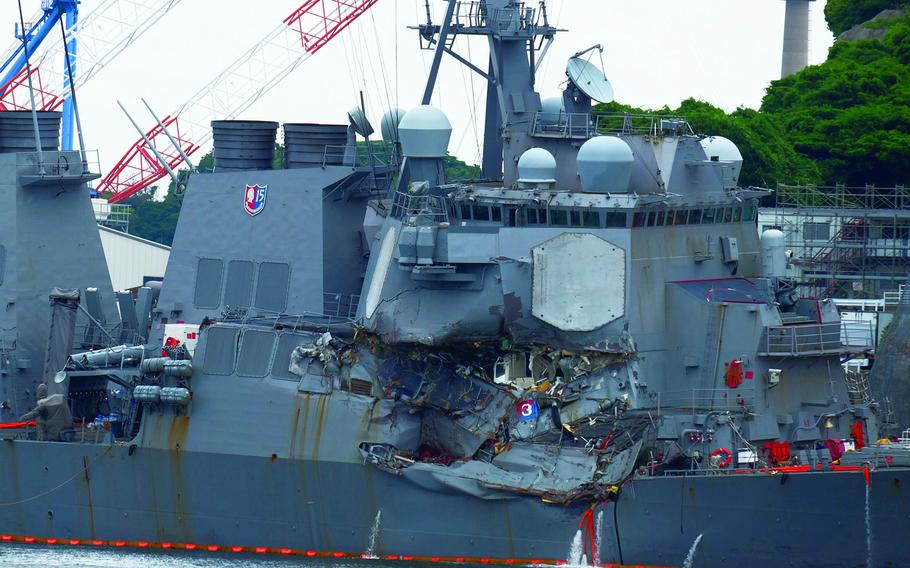 The guided-missile destroyer USS Fitzgerald, heavily damaged in collision with a merchant ship, docks at Yokosuka Naval Base, Japan, June 17, 2017. (Stars and Stripes) 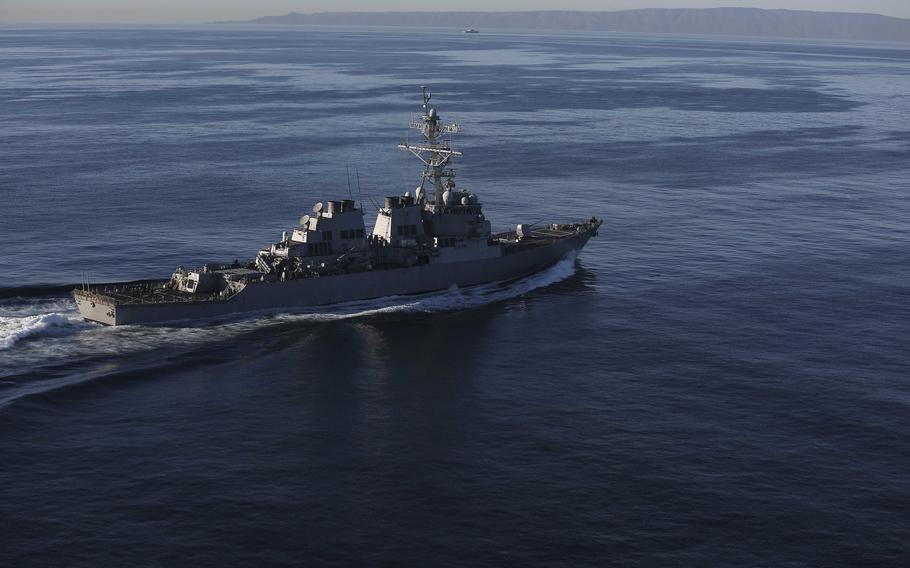 The incident was one of two collisions by 7th Fleet destroyers that summer. On Aug. 21, 2017, 10 sailors died aboard the USS John S. McCain when it ran into a Liberian-flagged commercial ship in the Strait of Malacca near Singapore.

In the days following its collision, the Fitzgerald was moved into a Yokosuka dry dock to evaluate the damage.

In November 2017, tugboats took the ship to deep water and linked it with the heavy-lift vessel MV Transshelf for transport back to the United States. However, the Fitzgerald was further damaged when its hull was punctured by the Transshelf’s steel support structure.

The Fitzgerald finally departed Yokosuka aboard the Transshelf on Dec. 9, 2017, and was taken to a shipyard in Pascagoula, Miss., for $523 million in repairs and upgrades.

In June 2020, a refurbished Fitzgerald set sail to rejoin the Pacific Fleet at its new homeport in San Diego.