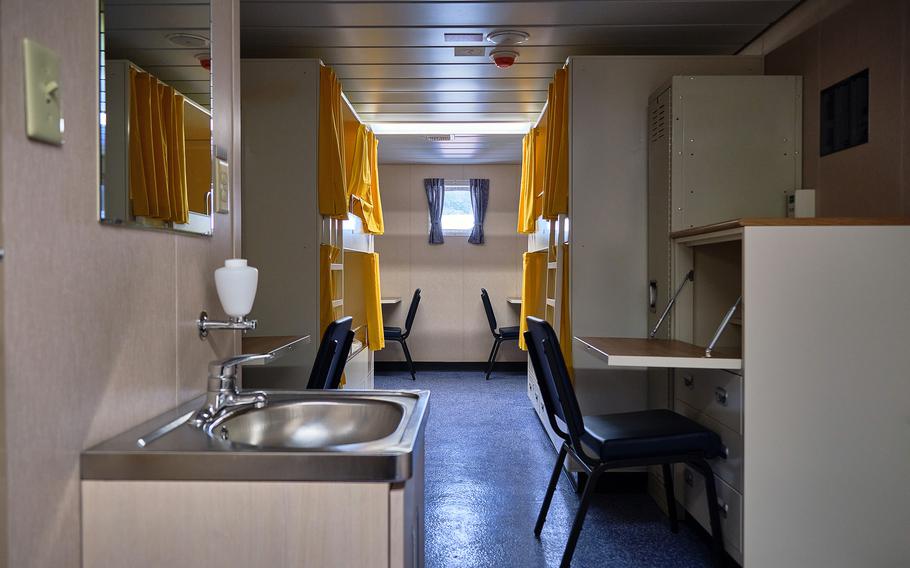 Buy Photo
Auxiliary Personnel Lighter 67, a berthing barge that arrived recently at Yokosuka Naval Base, Japan, is meant to provide housing for sailors whose ships are dry-docked or otherwise unavailable. (Daniel Betancourt/Stars and Stripes)

YOKOSUKA NAVAL BASE, Japan — The Navy’s newest berthing barge arrived recently at the home of the U.S. 7th Fleet to ease a shortage of living space for sailors whose ships are undergoing long-term maintenance.

Officially called an Auxiliary Personnel Lighter, but more commonly referred to as a “barracks ship” or “berthing barge,” APL 67 is meant to provide housing for sailors whose ships are dry-docked or otherwise unavailable.

By mooring the barge near the vessel it supports, the ship’s crew has a place to live close enough to respond to emergencies, said April Bairdain, a supervisor with U.S. Naval Ship Repair Facility and Japan Regional Maintenance Center.

“The ready response teams and duty sections live onboard here,” she told Stars and Stripes on Tuesday. “Also, if we have geo-bachelors who don’t have housing on the base and habitability has been affected by [ship maintenance], then they have to live onboard the barge also.” 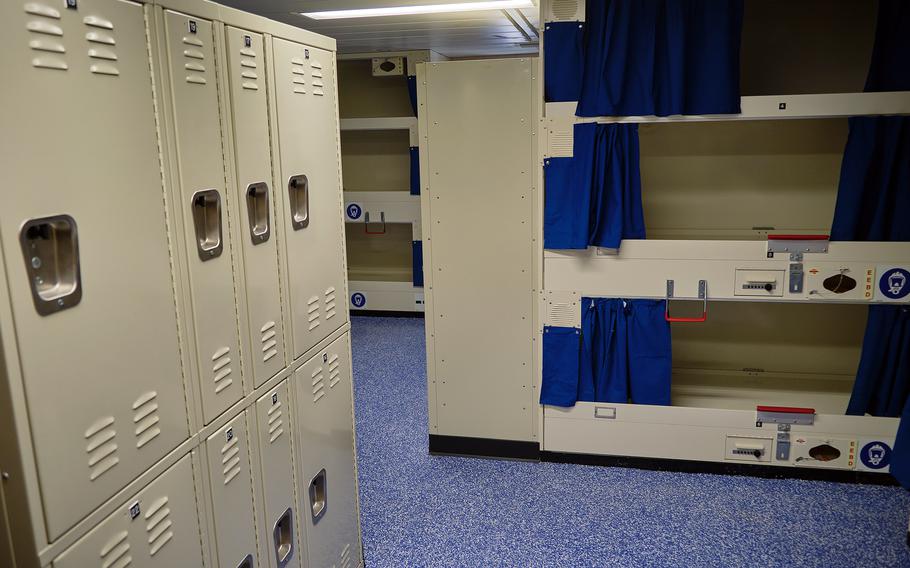 No one lives aboard the new barge just yet. It’s moored in a dry dock while undergoing final preparations but should be in service by the end of December, Bairdain said.

But the barge offers more than just a place to sleep. It also provides a variety of amenities, including classrooms, mess halls, a convenience store, a barbershop, a clinic and a small gym.

Built for approximately $40 million by VT Halter Marine in Pascagoula, Miss., the barge arrived in Yokosuka on Oct. 19. With no means of propulsion, it was hauled by tugboats first to San Diego in July, then for 36 days across the Pacific Ocean.

The barge provides more space and amenities than the average warship, but its living spaces are still cramped and crowded. For example, compartments for enlisted sailors hold between 15 and 24 beds, with one or two bathrooms for each compartment depending on its size.

Sailors can expect to live aboard the barge four to nine months at a time, depending on their ship’s maintenance schedule, Bairdain said.

APL 67 joins two other berthing barges in Yokosuka, YRB 30 and APL 40, both of which were built in 1945. Despite their age, they are expected to be in service another 10 years, Bairdain said.

So many ships are undergoing maintenance at one time at Yokosuka that the two available live-aboard barges were overcrowded, she said. At one point, four ships’ crews were berthed aboard APL 40.

“It was tough,” until Pacific Fleet approved another barge, Bairdain said. 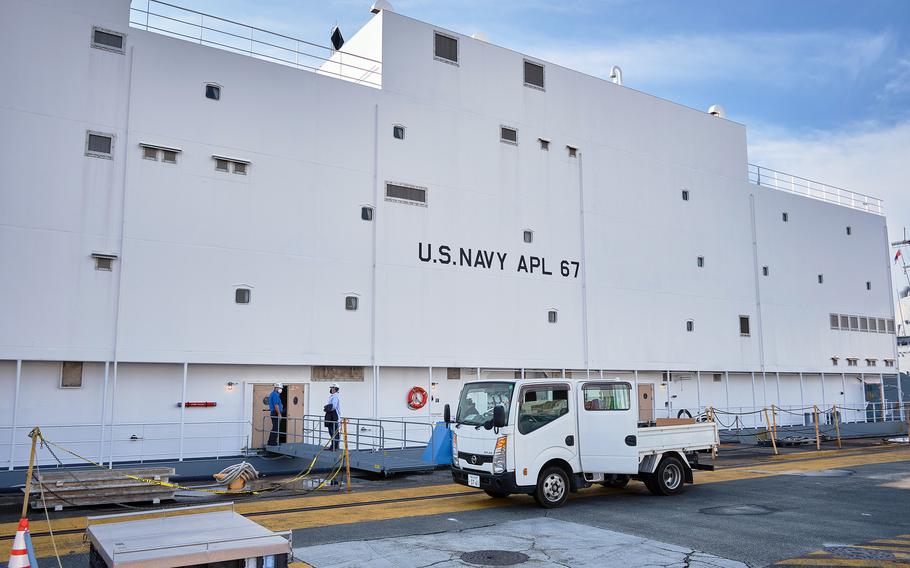 Buy Photo
Auxiliary Personnel Lighter 67, a berthing barge that arrived recently at Yokosuka Naval Base, Japan, is meant to provide housing for sailors whose ships are dry-docked or otherwise unavailable. (Daniel Betancourt/Stars and Stripes)

Even with a new barge, Bairdain said, sailors still have a limited amount of living space available while their ship is dry-docked. She said the new barge could house two or three crews at a time, depending on the circumstances.

Naval Base Sasebo, in southern Japan, will also receive a new berthing barge, although its expected delivery is still three years out, Bairdain said.