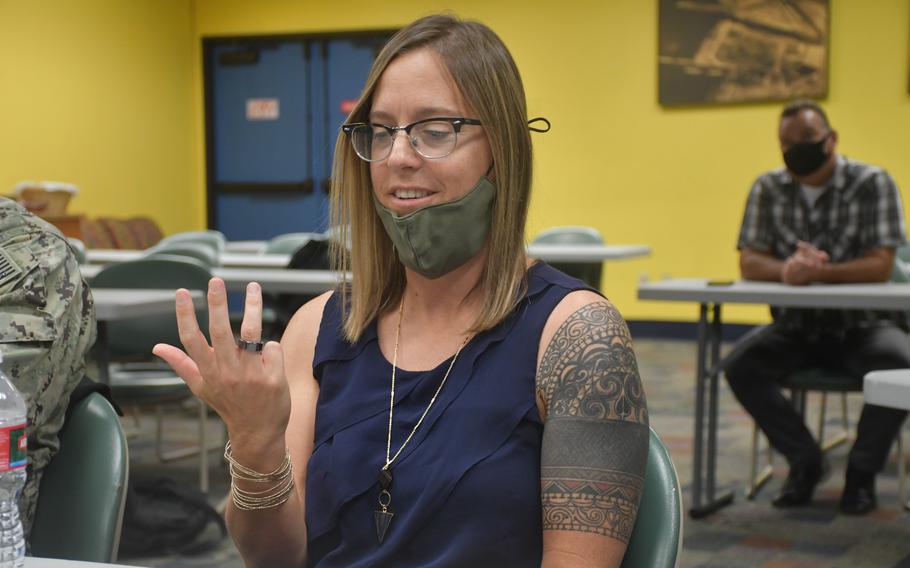 SAN DIEGO — The Navy is asking some sailors to wear devices such as smart watches and smart rings to monitor their sleep after exhausted ship crews was found to be a leading cause behind two collisions involving destroyers that left 17 sailors dead, according to the Naval Health Research Center.

The new devices, called “wearables,” are part of a new push to develop a “digital real-time fatigue monitoring and management capability for the fleet” that can be used to optimize watch-bill scheduling and staffing decisions based on sailors’ fatigue risk, said Rachel Markwald, a sleep and human performance research physiologist at NHRC, which studies medical and psychological factors that affect sailors’ performance and readiness.

“You can't manage what you're not monitoring,” Markwald said. “So, if you imagine a department head who's looking at a dashboard with their crew and you can see who's well rested versus who's not, then you can basically pull out from that if someone has a high fatigue level because of sleep deprivation.”

The use of smart devices in the program will help record more accurate data than the self-reported surveys used in previous sleep studies done by the center at Naval Base Point Loma in San Diego, Markwald said.

The devices are worn as a watch or a ring and collect the user’s movement and heart rate data to determine when and for how long the person sleeps, similar to an Apple iWatch.

“(Wearables) are going to get closer to the truth,” he said. “In our other sleep studies that we've conducted at NHRC, we see this reoccurring theme where people tend to overestimate the time that they slept or the time in bed that they had.” 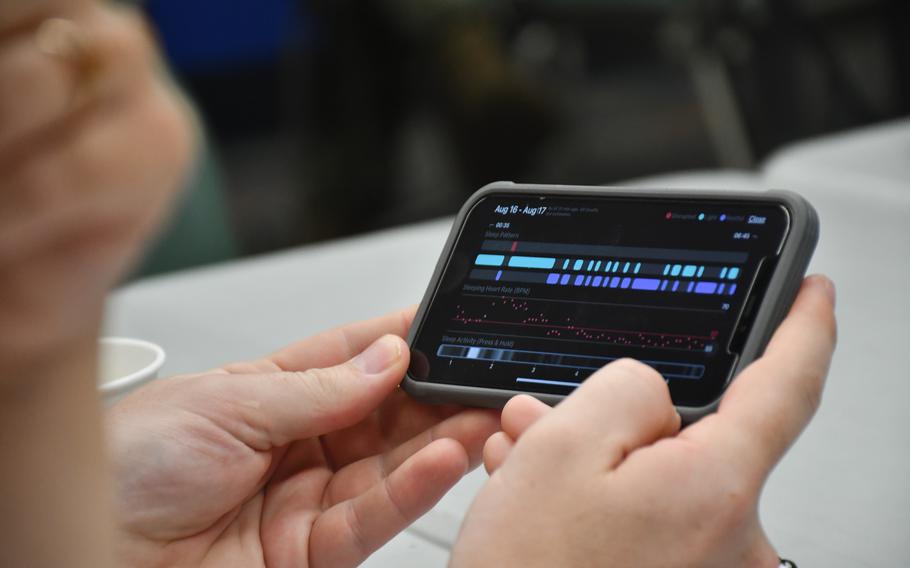 So far, the NHRC has conducted trials twice with the crew of the USS Essex, a landing helicopter dock ship, Markwald said. They also plan to use the smart devices on the guided-missile destroyers USS Fitzgerald and USS Higgins and littoral combat ship USS Manchester. All of the ships are homeported in San Diego.

If the pilot program goes well, Markwald said she could foresee a time when all sailors will wear the devices so ship commanders and schedule-makers could use the daily sleep data to determine who might not be rested enough to safely drive the ship.

The Navy has been doubling down on its efforts to address sailor exhaustion after a comprehensive review published in November 2017 found fatigue played a role in two fatal collisions that year.

On June 17, 2017, the USS Fitzgerald collided with a Philippine-flagged container ship off Japan’s southern coast, killing 7 sailors. Two months later, 10 sailors died when the USS John S. McCain collided with a Liberian tanker near the Strait of Malacca between Malaysia and Singapore.

Markwald said that’s why the new study is more than just a health study on sleep, but “it’s an operational risk management tool.”

“One of the things you want to do in an operational risk management approach is identify hazards or threats, and then you assess the level of risk associated with that hazard,” Markwald said. “So, if we think about it like sleep deprivation is the hazard, which it is, what's that level of risk?”

Following the review on the deadly crashes, the Navy issued an instruction directing leaders to ensure sailors get a minimum of 7 hours of sleep per day that’s mostly uninterrupted to support better sleep cycles for restfulness.

However, Markwald co-authored a report in June using self-reported data and sleep deficiency that found sailors report getting an average of 5.5 hours of sleep per day, primarily due to their workloads.

The June report found the policy changes represented “important progress towards improving sleep while underway,” but said “optimizing workload scheduling may further help to enhance sleep in this environment,” which the new pilot program aims to accomplish.