The Pentagon’s No. 2 official has ordered 11 missile interceptors transferred from research and development for possible deployment on Navy ships in the Pacific or European regions after a test in November indicated they could stop an intercontinental ballistic missile.

In the test, the USS John Finn intercepted a mock ICBM intended to simulate one that could be launched at Hawaii by North Korea. The destroyer, operating near Hawaii, fired off one of the Standard Missile-3 model Block IIA interceptors built by Raytheon Technologies Corp. at the target launched from Kwajalein Atoll in the Marshall Islands.

Deputy Defense Secretary Kathleen Hicks informed Congress May 27 of her rationale for transferring the interceptors, although she didn’t disclose it publicly.

“The missiles have conducted successful intercept tests and their deployment is in the important interest of our national security,” Hicks spokesman Jamal Brown said in an email this month. The transfer to the Navy marks the first major missile defense initiative of the Biden administration.

Although the Navy’s Aegis combat system, which launched the missile, and the interceptor “were not designed to defeat an ICBM-class target, this test demonstrated some potential limited capability,” Vice Adm. Jon Hill, director of the Missile Defense Agency, said in testimony to Congress last week.

The Block IIA is the latest model in the Standard Missile family of weapons. Earlier versions are now the Navy’s primary surface-to-air defensive system against short-, medium-, and intermediate-range ballistic missiles threats. The IIA has increased range, more sensitive seeker technology, and an advanced “kill vehicle,” or warhead, to intercept medium- and intermediate-range ballistic missiles. Congressional missile defense supporters mandated the November test to determine the missile’s capabilities to intercept an ICBM.

A month before Hicks’ directive, the Government Accountability Office cautioned that integrating the missile into a “layered” homeland defense against ICBMs “could introduce considerable cost, schedule, and performance uncertainty to a program that has just entered initial production.” ICBM interceptions “are more challenging” than the interception of intermediate-range missiles for which the Block IIA was designed, the watchdog agency said in its annual missile defense assessment.

Lt. Rob Reinheimer, a Navy spokesman, said in an email that “we continue to work with” Pentagon officials “regarding the authorized transfer for operational use,” but the Navy is “not able to provide more information due to operational security.”

The missile is also the centerpiece of U.S.-European missile defense programs and is scheduled to be installed in Poland.

The latest version “expands the effective defendable area by introducing faster, longer-range interceptors,” Reinheimer said. “While we do not discuss future operations, we will continue to ensure we maintain presence and capabilities, globally, during this time of strategic competition.”

The new missile is being developed jointly with Japan. Congress in 2019 cleared the sale to Japan of as many as 73 of the new version in a potential $3.2 billion sale. 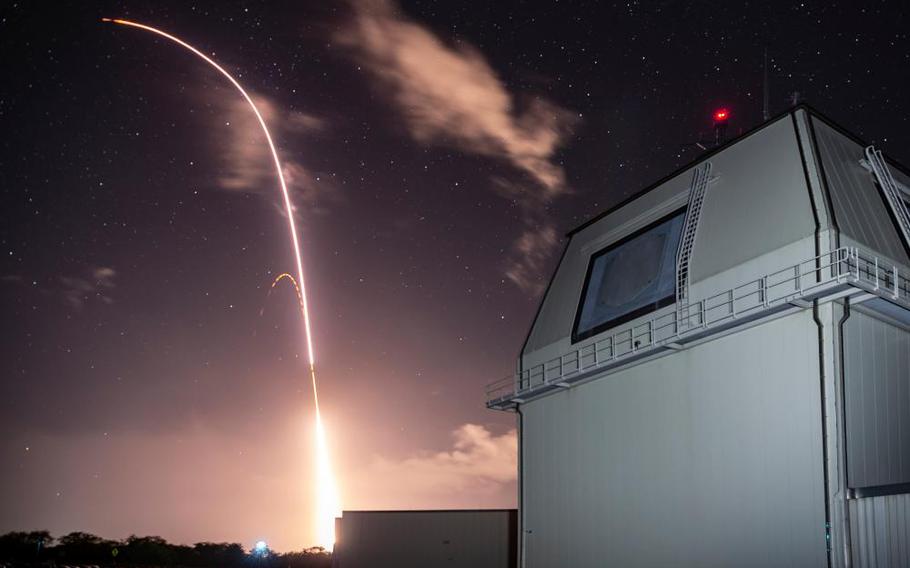