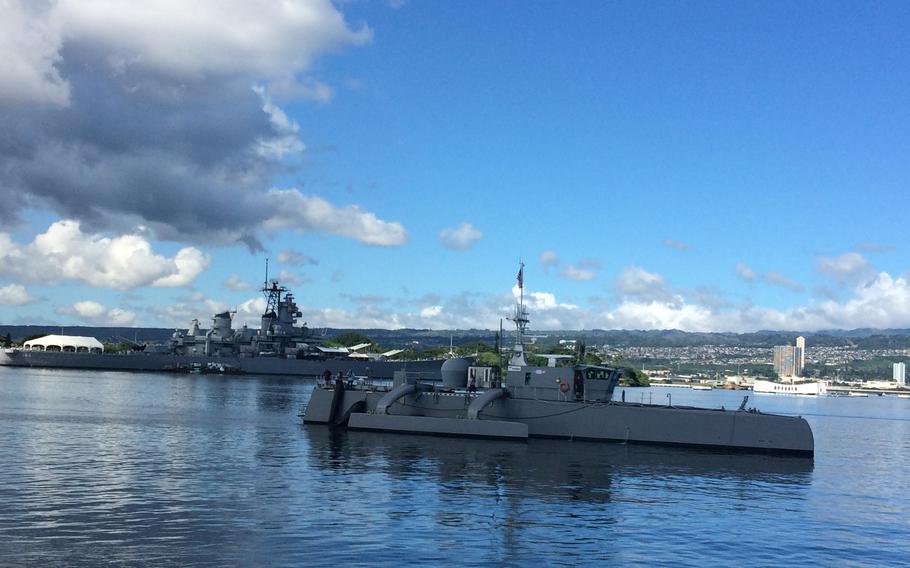 SAN DIEGO (Tribune News Service) — Late last month, the Nomad pulled into San Diego harbor after a 4,000-mile voyage from the Gulf of Mexico. The long, flat-bed ship was utterly nondescript — except for the fact that it had navigated nearly the entire trip on its own, without the aid of a human pilot.

The Nomad joins a growing fleet of autonomous, artificial intelligence-piloted Navy surface ships in San Diego — part of an ambitious effort to find out how the emerging technology might be used to expand the service’s reach.

The ship is the second such ship to make the trip, with human hands only taking charge when they were passing through the Panama Canal and pulling into port, according to the Pentagon. The Nomad and Ranger, which arrived in October, are part of what’s known as the “Ghost Fleet Overlord” program, which is now under the watch of the San Diego-based Surface Development Squadron One.

Two other unmanned ships — Sea Hunter and Sea Hawk, trimaran vessels with distinctive outriggers jutting out from a central hull — have been undergoing tests in San Diego.

That included a large exercise off the coast in April. The “Unmanned Systems Integrated Battle Problem 21” exercise was “multi-domain manned and unmanned” with aircraft, ships and submersibles guided remotely or by AI, the Navy said.

During one event, a submarine launched an unmanned sub through its torpedo tube, Navy officials told reporters during the exercise. Aerial drones, such as the Fire Scout and Sea Guardian, also participated in the exercise. The idea, the Navy said, was to see how unmanned and autonomous systems worked in conjunction with manned Navy ships. 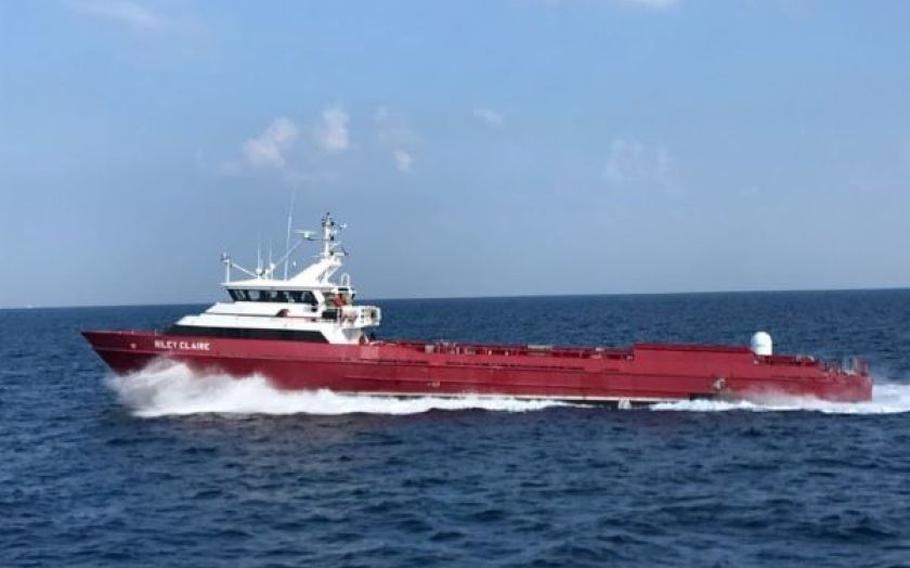 Officials also said that, for the first time, the Navy’s so-called “Super Swarm” drones destroyed a surface vessel, although it did not go into detail about what kind of drones were used.

But despite the wave of publicity the tests generated, Adm. Mike Gilday, chief of naval operations, said at a conference in May the service is still a decade away from having autonomous ships truly operate autonomously.

“I think it’ll be some time before those unmanned platforms are truly unmanned,” Gilday said. “I would say into the 2030, and probably for an extended period of time, they’re going to be minimally manned.”

Much of the Navy’s autonomous development program is classified. Through a spokesperson, the commander of the development squadron, Capt. Jeff Heames, declined to be interviewed for this story and the Navy declined to comment about the capabilities of its autonomous ships.

“Details of payloads and capabilities are classified,” said Cmdr. Nicole Schwegman, a Surface Forces Pacific spokesperson, in an email.

The Navy is still working to demonstrate the technology’s long-term and long-range viability. One reason for caution is the service’s troubled record with other expensive, emerging technologies, such as those in the curtailed Zumwalt class of destroyers, the troubled littoral combat ships and problems with new systems on the $13 billion aircraft carrier Gerald Ford.

The first two Zumwalt-class destroyers — Michael Monsoor and Zumwalt — have also found a home with Surface Development Squadron One. The $24.5 billion Zumwalt program, once planned for 32 ships, was capped at just three due to skyrocketing costs.

The ships were envisioned as 32 futuristic, radar-avoiding destroyers, capable of flinging rocket-powered shells from deck guns to support troops from close to shore. But the Navy’s mission changed as the War on Terror wound down and the rise of China created a new deep-water challenge. With construction cut short at three ships, the per-shell price of the ammunition for the GPS-guided Advanced Gun System rose to $800,000 per round.

Now the Zumwalts are being repurposed as ship-destroying missile carriers. The Zumwalt test-fired an SM-2 missile for the first time last fall and the Navy recently announced that the ships would be the first to field its new hypersonic missiles. The deployment of the missiles on board the Zumwalts was included in the service’s 2022 budget proposal to Congress.

The Michael Monsoor served as the command and control vessel during the recent war-game exercise near San Diego.

“The Navy needs to maintain our competitive advantage,” said Lt. Robert Reinheimer, a Navy spokesperson at the Pentagon, in an email. “We are developing and testing our unmanned systems that standardize autonomy, command and control, payload interfaces, and networks so that we reduce risk and maximize resources (and) funding.”