US, Norwegian militaries meet to talk Marine logistics in case of Nordic threat 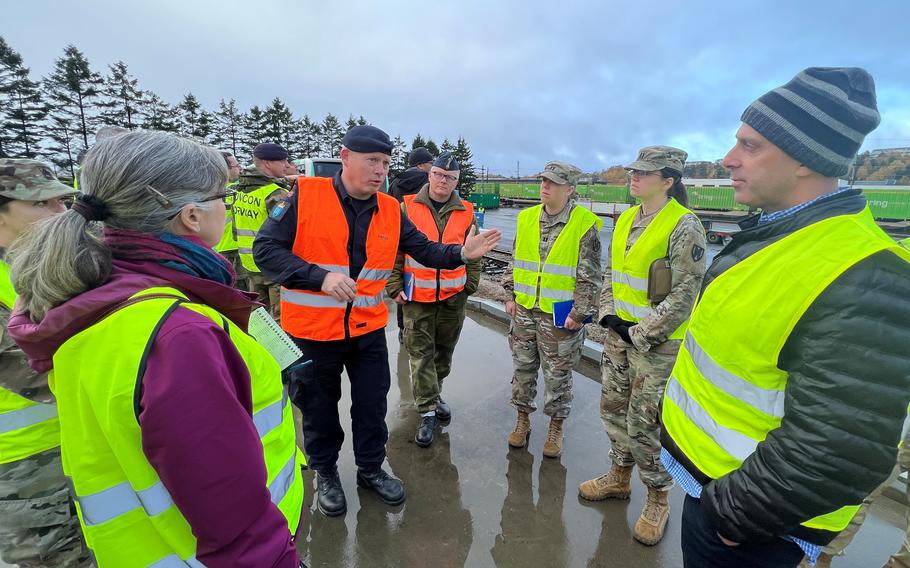 STUTTGART, Germany — The challenges of surging thousands of troops into Norway, which U.S. Marines regard as their gateway to Europe, gave rise to a recent gathering of military officials there to strategize on mobilizing manpower and ammo.

The Stuttgart-based U.S. Marine Forces Europe and Africa joined U.S. Army logisticians and Norwegian personnel for a five-day session starting Oct. 17, during which they worked through deployment scenarios in the event of a regional threat.

Marines would be pressed to deploy rapidly on the necessary scale, said MARFOREUR/AF planner Paul Rosenbloom, who added that coordinating with the Army’s 21st Theater Sustainment Command would be critical.

“I know that is what 21st TSC does, so I reached out to the experts,” Rosenbloom said in a statement Monday.

The U.S. forces and their counterparts from the fellow NATO member country assembled at Rygge Air Base in Norway, where they focused on ways to quickly flow up to 15,000 Marines and their equipment into the country.

Scenarios involved the use of airports and seaports, pre-positioned stocks and ammunition flow, the Kaiserslautern, Germany-based 21st TSC said in the statement.

“In the event Norway is under direct threat, the U.S. Marine Corps is obligated to assist in Norway’s defense,” the Army statement said. The contingency planning coincided with Russia’s unprovoked invasion of Ukraine and the ongoing Russia-Ukraine war, which has sharpened Western allies’ focus on logistical matters.

“That can be decisive,” he said in the statement. “For us, just showing that we are planning for this … I think that would be quite a deterrence, to show (the Russians) that we are able to do this kind of operation.”

The Marine Corps’ history in Norway dates back to the Cold War, when a network of giant mountainside caves was established to store enough firepower for at least 4,600 Marines. 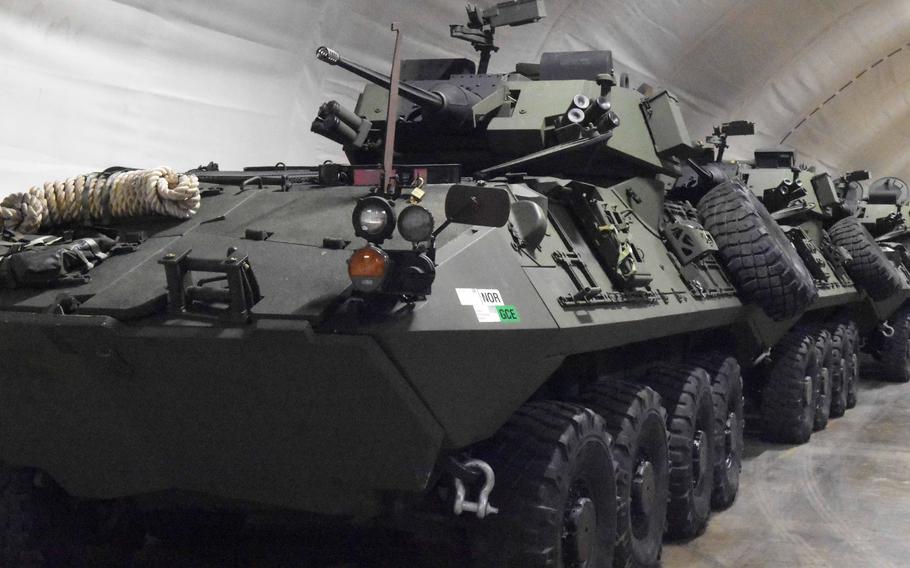 Marine LAV-25s stored inside of one of the Marine Corps Pre-Positioning Norway caves in the Trondelag region of northern Norway,in 2018. (Stars and Stripes)

The idea was to build depots that could protect the hidden stashes in the event of a nuclear attack. The Marines still maintain the cave sites, which have taken on added significance because of NATO’s concerns about a more aggressive Russia.

The Corps also routinely rotates contingents into Norway for periodic drills, with a special focus on cold weather training.