‘US thumbing its nose’ at Russia with missile drills on Hokkaido, security expert says 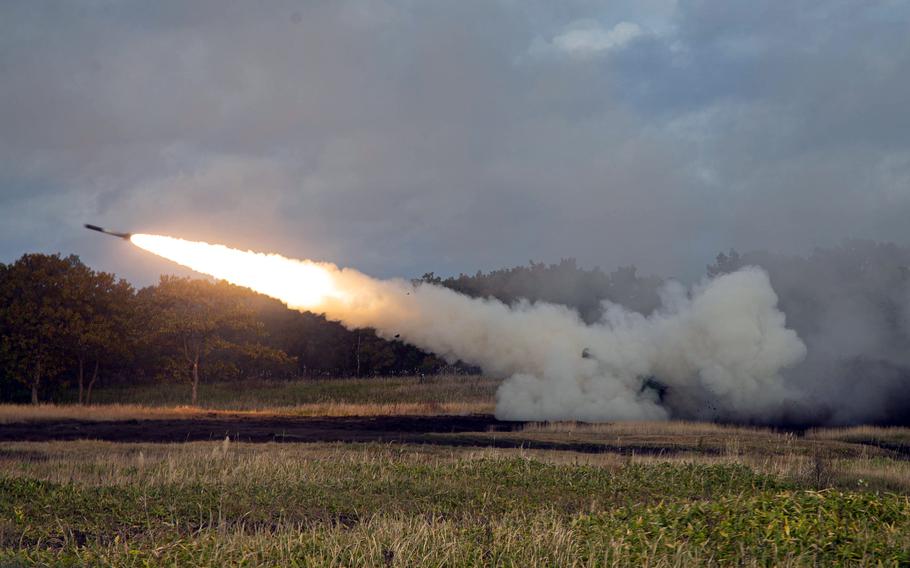 The U.S. Marine Corps last week test-fired missiles on Hokkaido of the same type that have plagued Russian forces at war in Ukraine.

The Marines fired their High Mobility Artillery Rocket System, or HIMARS, and Javelin anti-tank guided missile, systems supplied by the U.S. to Ukrainian forces that have been credited with turning the tide against invading Russians.

Test-firing missiles that are “the scourge of Russia's invading forces in Ukraine … so close to Russia's eastern borders looks like the US thumbing its nose at the Russians,” James Brown, an international affairs expert at Temple University’s Japan campus, said in an Oct. 14 email.

Kunashiri, an island 15 miles north of Hokkaido, is the closest of four islands claimed by Japan but occupied by Russia since the end of World War II.

The Russian military has been expanding its presence in the islands, even as it fights a costly war in Ukraine, the Center for Strategic and International Studies reported Sept. 27.

Russian forces north of Hokkaido defend the Kuril chain and deny access to the Sea of Okhotsk, an important sanctuary for Russian submarines, Brown said.

“There has been a buildup of Russian capabilities on the islands, including the addition of anti-ship missiles and better anti-aircraft weapons,” he said. “However, these capabilities are consistent with defensive goals. Additionally, most Russian drills on the islands simulate defending the territory against amphibious landings, not attacking.”

“Things would have to get a whole lot worse than they currently are for this situation to change,” he said.

A force of 1,600 Marines, led by the Okinawa-based 12th Marine Regiment, an artillery unit, trained on Hokkaido Oct. 1-14, alongside 1,400 troops from Japan’s Northern Army during the Resolute Dragon exercise.

“We are aware of the Russians. You can’t not be because they are very close,” 12th Marines commander Col. Jonathan Sims, who led U.S. forces training on Hokkaido, told Stars and Stripes by phone from Okinawa on Thursday.

Last month, Russia scrapped an agreement with Japan to allow Japanese former residents to visit the disputed islands off Hokkaido without visas, sparking a protest by Tokyo. Japan and the U.S. have imposed sanctions on Russia over its invasion of Ukraine.

The Russians filed a diplomatic protest about the Resolute Dragon drills, Sims said.

“We are all aware of what is going on in Ukraine,” Sims said, noting that the Marines are applying lessons learned from the conflict to their training.

“Watching the way Ukraine is operating and winning has validated it,” he said. “A lot of things we have been practicing out here, they have put into practice there.”

On Hokkaido, the Marines spread out their launchers and fire direction centers to not provide large targets, Sims said.

“We have to be distributed as if we are under a persistent watch by an adversary,” he said.

The Marines practiced setting up bilateral command and control with their Japanese counterparts. Those skills will be honed next month during the Keen Sword exercise and at the Yama Sakura drills in December. Both exercises will happen on Okinawa and Kyushu, Sims said.