‘I get chills thinking about it’: After 246 years, Marines set for their first Black four-star general 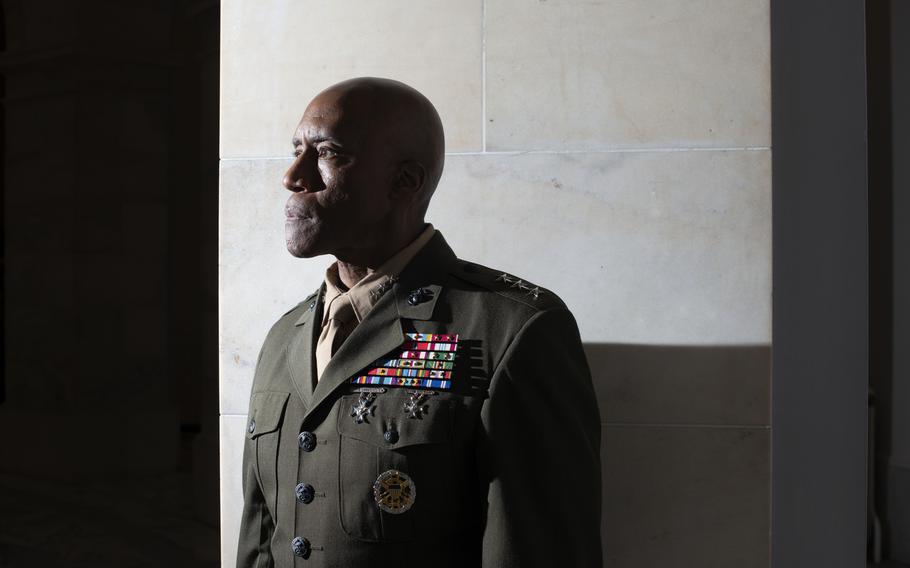 WASHINGTON — In the late 1980s, Maj. Ronald Bailey met a young Marine he knew had promise. Michael E. Langley was a powerlifter who dominated flag football games, an intellectual who set records for how many training courses he wrote and a problem-solver whose bosses frequently tapped him to mediate workplace disputes.

Langley, then a first lieutenant, was also one of few young Black Marines based in the prestigious downtown D.C. barracks.

Bailey, who went on to become a three-star general, took note. He said he offered Langley advice based on his own experience and that of the Black Marines who had mentored him. “You will live under a microscope,” Bailey recalls telling Langley. “You must always set the standard.”

More than three decades later, Langley will be under the microscope yet again after being nominated to lead all U.S. military forces in Africa as chief of U.S. Africa Command. His Senate confirmation hearing is Thursday, and if he’s confirmed, Langley would become the first Black person to receive four stars since the founding of the U.S. Marine Corps 246 years ago. Over that time, more than 70 White men have risen to the Marines’ highest ranks.

Aside from Bailey, a handful of Black men have become three-star generals in the Marine Corps. Other Black officers have attained four stars in the Army, Air Force and Navy. But in the Marine Corps, Black servicemembers saw no one who looked like them in the top echelons of leadership and sometimes doubted whether it was possible.

“As you looked at the horizon, you saw the end,” said retired Lt. Gen. Walter Gaskin, the fourth Black man to be elevated to a three-star general. “You didn’t see what was over the horizon because no one was there.”

Langley has served in Afghanistan, Somalia and Japan. He has held top jobs at the Pentagon and led U.S. Marine Corps Forces Europe and Africa. He currently oversees Marine forces on the East Coast. Gaskin described him as straightforward, deeply competent and not the “beating-on-the-table” kind of Marine.

“You have all the credentials in the world,” Gaskin has told Langley. “No one can doubt you deserve this.”

But there were others who also deserved a fourth star, Gaskin said. He said Lt. Gen. Frank Petersen, who was the first Marine to become a three-star general in 1986, was an example of someone who “no doubt” should have been elevated to a four-star general.

That’s why this moment is not just one of profound pride, Gaskin said. It is also a reminder of the obstacles that kept it from arriving sooner. He said he has told Langley directly: “You carry the legacy ... the weight of all those who came before you who didn’t have the same opportunities.” 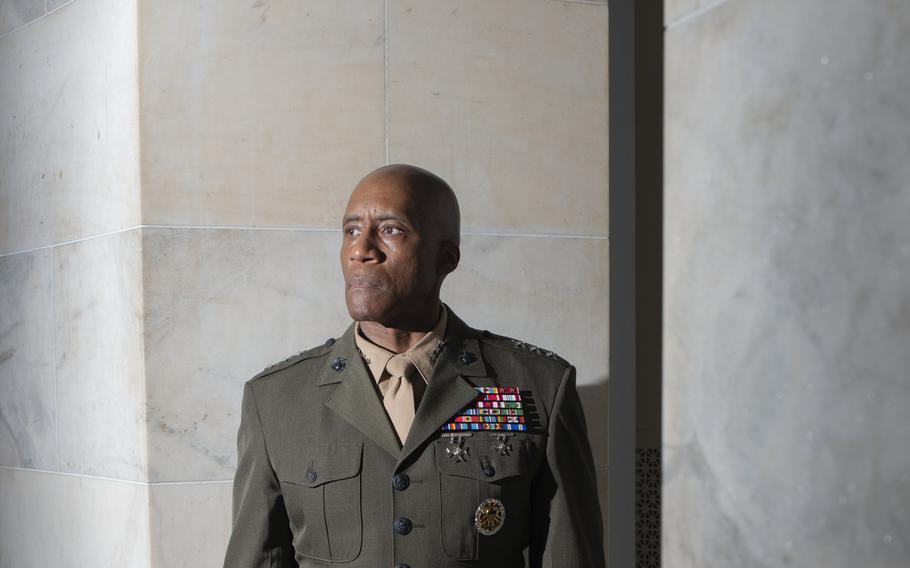 Retired Lt. Gen. Willie Williams, the third Black Marine to receive three stars, said “commitment to purpose and perseverance” shared by Langley and so many other Black Marines led to his promotion.

“Even right now, I get chills thinking about it,” retired Lt. Gen. Ronald Coleman, the second Black Marine to receive three stars, said of Langley’s promotion.

Langley declined an interview for this story, with a spokesman saying the general is focused on the Senate confirmation hearing.

If confirmed, Langley would be based in Stuttgart, Germany, assuming control of roughly 6,000 U.S. troops in Africa, including about 1,300 in West Africa and about 3,500 at a base in Djibouti, a spokeswoman said. He would replace Army Gen. Stephen Townsend, who is retiring.

U.S. forces are mostly engaged in training African militaries and helping build their capacities. Direct combat is rare, but deadly attacks in recent years on U.S. soldiers in Niger and Kenya led to increased scrutiny from U.S. lawmakers of the mission. Under President Biden, hundreds of Special Operation troops are again to be deployed this year to Somalia. President Donald Trump withdrew all U.S. troops from Somalia before leaving office.

Michael O’Hanlon, a senior fellow at the Brookings Institution, said the U.S. military in Africa faces “unique challenges.” Instead of confronting a single threat, the U.S. is focused on helping governments address a variety of challenges tied to climate change, population growth and political instability. Insurgencies in the Sahel region, along with the growing presence of Russian mercenaries, are of chief concern to the United States.

The question that Langley and other leaders should be asking, O’Hanlon said, is: “Where can you meaningfully make a difference without putting in tons of forces or incurring liabilities?”

Langley was briefly based in Stuttgart, leading the U.S. Marine Corps Forces Europe and Africa beginning in November 2020 after his predecessor was removed amid allegations of using a racial slur for Black Americans in front of troops. Langley declined to comment on the allegations against his predecessor at the time, telling Stars and Stripes in an interview that the military, like society in general, was still “evolving” when it came to issues related to race.

Retired Gen. Robert Neller, the Marine Corps commandant from September 2015 to July 2019, said Langley is often reserved, but also can be engaging and warm, drawing others to him. “He gets stuff done, and people tend to like working for him,” Neller said.

Among the generals, Langley is known as a “quiet professional” who “listens more than he talks,” said retired Lt. Gen. H. Stacy Clardy III, who worked with Langley at various points, including in the Pentagon. Clardy counted Langley among the people on whom he could rely, saying he found Langley’s “judgment to be flawless.”

One of Langley’s most formative experiences growing up, he has told friends and mentors, was his father’s decision to retire from his post as a noncommissioned officer in the Air Force. Willie C. Langley did so after his superiors told him he’d have to be deployed overseas again. That move would have taken him away from Langley and his siblings, for whom he was the primary caregiver after their mother’s death. Langley frequently tells that story, noting that he would not be the person he is today without his father’s decision to put his children before his career, Bailey said.

When Langley learned years later that he had become a general, earning his first star, his initial response was: “I can’t wait to tell my dad,” Bailey recalled.

In May, Langley gathered with many of the other three-star generals as an Arleigh Burke-class destroyer to be based at Pearl Harbor was commissioned in honor of Petersen, the first Black Marine aviator and three-star general. There were rumors of Langley’s nomination circling, said Williams, the third Black Marine to receive three stars, but it was too early to talk openly about the possibility.

“We live standing on the shoulders of those who have gone before us,” he said. “And then we provide shoulders for others to stand on.”