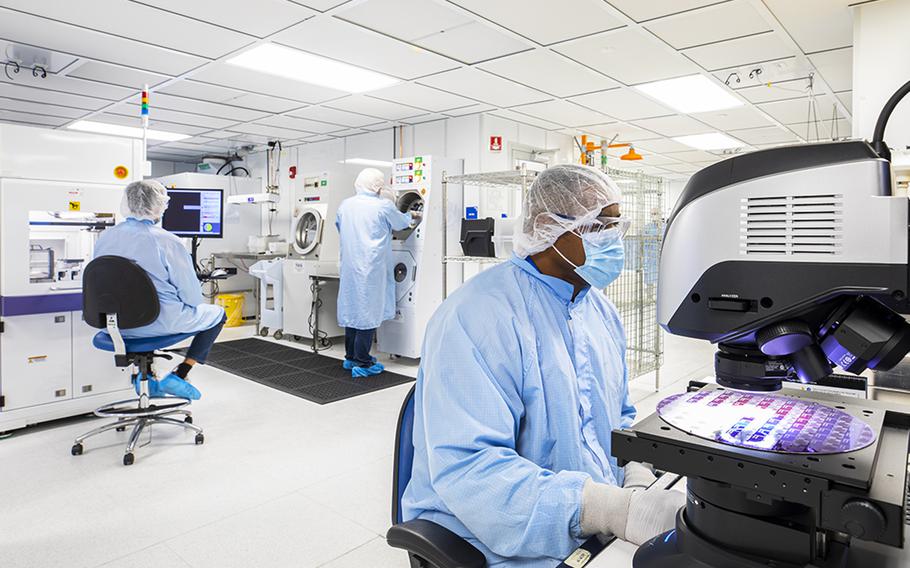 The Marine Corps awarded a $252 million contract to Northrop Grumman to supply infantry troops with the next generation of targeting equipment, according to a company news release Tuesday.

The Next Generation Handheld Targeting System, or NGHTS, will allow a Marine to transmit targeting information to artillery, aircraft, loitering drones, missile systems or warships waiting offshore. The system will operate even when GPS is denied or unavailable, according to the defense contractor.

“NGHTS will significantly enhance the ability of Marines to identify ground targets under a wide range of conditions,” company vice president Bob Gough said in the release.

“Connected to military networks, NGHTS can provide superior situational awareness and accurate coordinates for the delivery of effects from beyond the line of sight.”

Work on the new system will be done at the company’s defense microelectronics plant in Apopka, Fla.

The system can rapidly acquire targets, provide laser guidance and laser spot imaging, according to Northrop Grumman. It is equipped with high-definition infrared sensors good over extended ranges, a high-definition color display and a day-and-night celestial compass.

Each unit weighs less than 10 pounds, including batteries, Gough said in an email to Stars and Stripes on Friday.

Delivery of the first units is expected in 2023; the contract should be fulfilled by February 2030, according to a Pentagon contract announcement on Feb. 17.

“NGHTS is a multifunction device that combines the capabilities of multiple legacy systems into a single, handheld unit,” Gough said in his email. “For the customer, this translates to fewer systems that need to be maintained over time. In an operational scenario, it means Marines need to carry less gear to get the same or better capability.”

Northrop Grumman, based in Falls Church, Va., is a global aerospace, defense and security company with 90,000 employees. The majority of its business is with the U.S. government, principally the Department of Defense and intelligence community, according to the company release.