Marine Corps Base Hawaii wastewater back to permitted bacteria levels

(Tribune News Service) — The water reclamation facility at Marine Corps Base Hawaii in Kailua reported Thursday that its wastewater bacteria levels are back under allowed limits.

MCBH on Feb. 9 issued a news release reporting that the enterococci bacteria count at the facility’s effluent water was at, which is greater than the allowed 57, 850 CFU. On Wednesday that number was down to an estimated 20, 000 CFU, according to a news release today.

MCBH said the facility contributes about 10% of the total effluent that goes to the ocean, and the rest is treated by the City and County of Honolulu. The outfall point is about 2 miles offshore from MCBH at 110 feet below the ocean surface.

A clean water health advisory will stay in place until lifted the by state Department of Health, MCBH said.

The first reports of elevated bacteria levels were reported on Feb. 8, the news release said. The suspected cause was a “large scale effort to clean out the sediment and dead algae “ meant to maximize the efficiency of polishing ponds, according to the news release.

That maintenance work has been completed, allowing the ponds to regain optimal efficiency and enhance effluent quality.

In September, the DOH issued a warning to the public to stay out of the water near the outfall location after elevated bacteria levels were detected in August. In October, an accidental release of treated sewage from the facility also caused enterococci levels to exceed permitted levels. 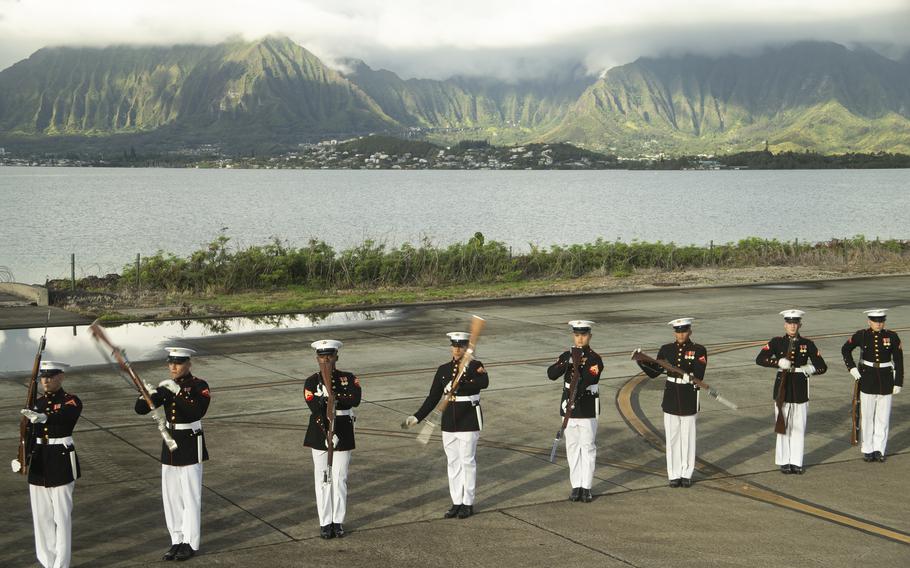