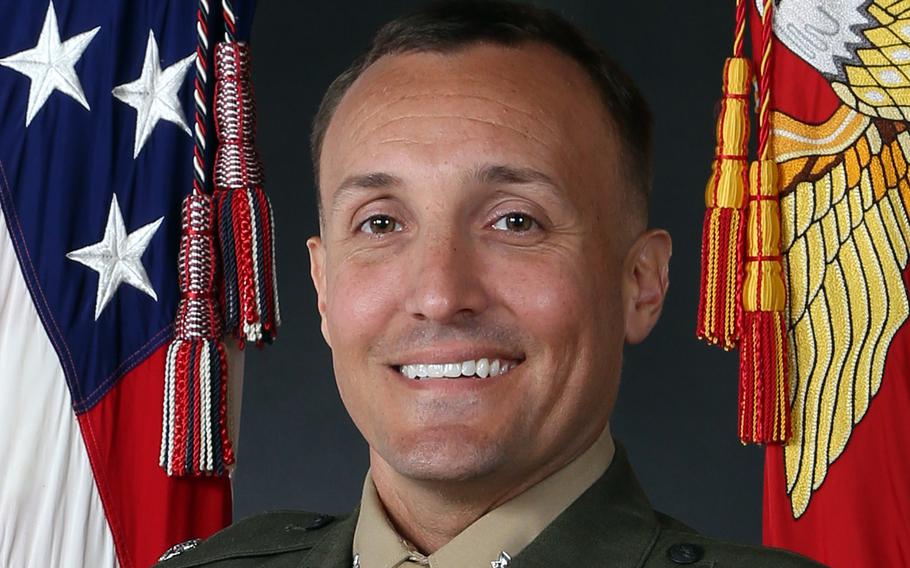 A Marine officer who criticized military and civilian leaders over the Afghanistan evacuation in a widely shared video this summer has been discharged from the service.

Lt. Col. Stuart Scheller had mixed emotions after being released, he said in a Facebook post crediting the Marine Corps with “forging me into a man” and thanking those who “served, led, bled and suffered alongside me” throughout his 17-year career.

But the now former infantry officer also accused the Marine Corps of slandering him, among a list of other “defeats” that followed his demand for accountability from senior officials over failures in the nearly 20-year war, just hours after an Aug. 26 bombing in Kabul killed 13 U.S. troops.

Scheller was given a general discharge under honorable conditions, the lowest characterization allowed under a plea deal reached during his October court-martial, he said. He also lost his retirement benefits.

In an emailed statement Saturday, a Marine Corps spokesperson said Scheller was no longer on active duty and was separated Friday.

Conservative lawmakers and critics of President Joe Biden rallied behind Scheller after his first video. He followed up with other controversial videos and posts that led to him being jailed and eventually court-martialed.

He was quickly fired from command of the Advanced Infantry Training Battalion at Camp Lejeune after the first video, later pledging to resign his commission and refuse any benefits in a video recorded in a school bus in the North Carolina woods.

The Corps soon issued a gag order, which he defied, before putting him in confinement ahead of a special court-martial in October on six charges of violating the Uniform Code of Military Justice.

He would eventually plead guilty to charges that he had displayed contempt toward officials, disrespected and willfully disobeyed commissioned officers above him, was derelict in performance of his duties and failed to obey an order or regulation, and displayed conduct unbecoming of an officer and a gentleman.

But Scheller said Thursday that out of respect for senior leaders, he had not given a single media interview throughout the ordeal.

Now, he said, he plans to launch a media blitz beginning with a Jan. 4 appearance on Tucker Carlson’s show on Fox, he said. Carlson has lambasted the military in recent months over its handling of the Afghan War, perceived politicization and progressiveness.

In his latest post, Scheller said he’d expanded his social media accounts and announced the launch of his website AuthenticAmericans.com.

At trial, he said his life had spiraled after the first video, as his wife left him, fellow Marine officers abandoned him and the Corps launched an investigation into his actions. But he kept posting with support from others.

"Many Gold Star families, junior enlisted Marines and members of Congress reached out to support my statements," Scheller said, according to The Washington Post.

A group of 27 Republican lawmakers had called on the Corps to release him from the brig ahead of the trial, and Congress members Rep. Louie Gohmert, R-Texas, and Rep. Marjorie Taylor Greene, R-Ga., testified at his trial.

He was also backed by more than $2.5 million in donations through the Pipe Hitter Foundation, run by former Navy SEAL Eddie Gallagher and his wife, Andrea. Gallagher was tried on war crimes accusations in 2019 and acquitted of most of the charges.

Scheller eventually pleaded guilty under an agreement that allowed the military judge to sentence him to no more than a letter of reprimand and seizure of two-thirds of his pay for up to a year — a sum that would total in the tens of thousands of dollars.

He was ultimately sentenced to a letter of reprimand and $5,000 in forfeited pay, though the Corps had sought to have more of his pay docked. Scheller agreed to resign his commission.

The Marine judge who oversaw the trial, Col. Glenn Hines, rejected the service’s call for further punishment and blasted the service over its handling of the situation, Marine Corps Times reported.

Scheller has previously framed his actions as part of a revolution, promising at one point to “bring the whole (expletive) system down,” though he later clarified he meant to do so “in a constitutional manner.”

His latest post harkened to the American Revolution and to George Washington’s mounting of a surprise attack on forces allied with the British king on Dec. 26, 1776.

Scheller plans to make one social media post a day, beginning on the anniversary of that attack this year, leading up to his appearance on Carlson’s show, he said.

“The attack on December 26th wasn’t decisive,” he said. “But as history shows, it was a turning point in the war.”