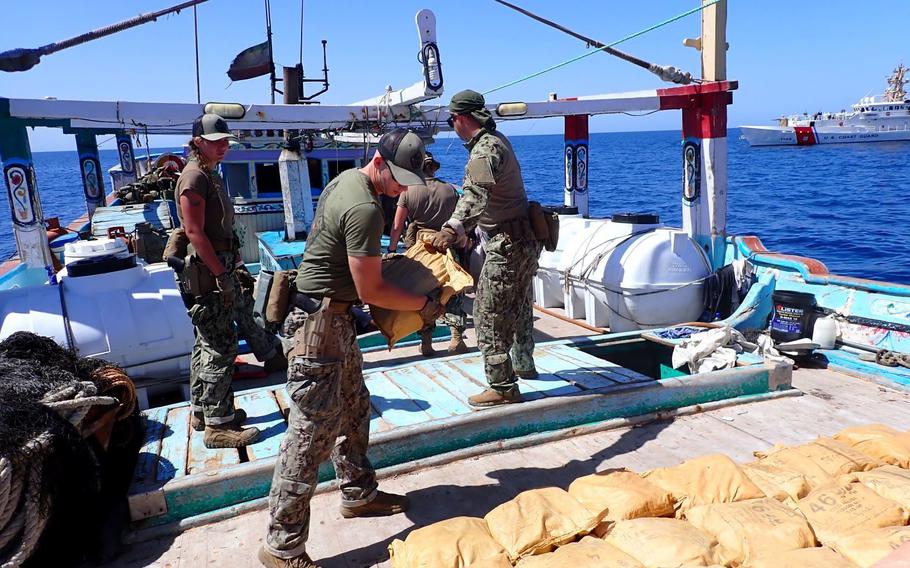 A U.S. Coast Guard cutter seized an estimated $48 million in illicit drugs from a fishing vessel in the Gulf of Oman earlier this week, bringing an international maritime task force’s total to more than $300 million in drug busts so far this year.

The fast response cutter Glen Harris seized 11,023 pounds of hashish and about 1,764 pounds of methamphetamine Monday from the vessel, which was in international waters, U.S. Naval Forces Central Command/U.S. 5th Fleet said in a statement Tuesday.

Glen Harris is part of the Saudi-led Combined Task Force 150, one of four under the Combined Maritime Forces. CTF 150 conducts maritime security operations in the gulfs of Oman and Aden, the Red Sea and the Indian Ocean, according to the task force website.

The interdiction follows an Oct. 2 bust by a British navy frigate also operating in CTF 150 that netted $45 million in crystal meth from another fishing vessel in the Gulf of Oman, NAVCENT said in a separate statement Sunday. 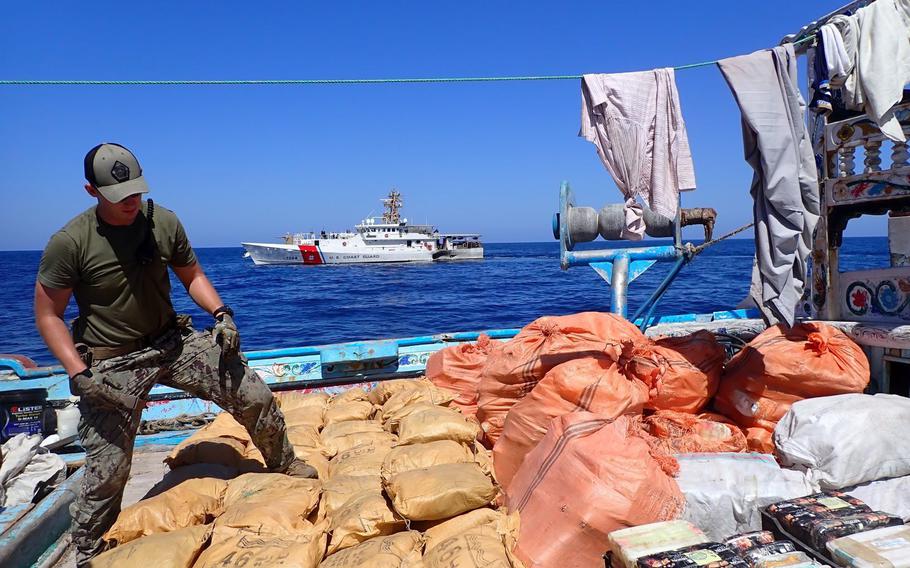 Illicit drugs seized by a Coast Guard cutter from a fishing vessel in the Gulf of Oman on Oct. 10, 2022, were worth $48 million. (U.S. Coast Guard)

Last month, another Coast Guard fast response cutter seized 5,313 pounds of heroin worth an estimated $85 million, also from a fishing vessel traveling in the same waters.

A day later, a U.S. Navy destroyer confiscated $10 million of hashish from another fishing vessel, also in the Gulf of Oman, Stars and Stripes reported Sept. 30.

The Glen Harris, which arrived in the NAVCENT/5th Fleet area of responsibility in January, also interdicted heroin, methamphetamine, amphetamine pills and hashish worth a total of $48 million in busts in May and August, the Navy said.

Headquartered in Bahrain alongside NAVCENT/5th Fleet, the Combined Maritime Forces includes 34 member countries that operate across the Middle East.