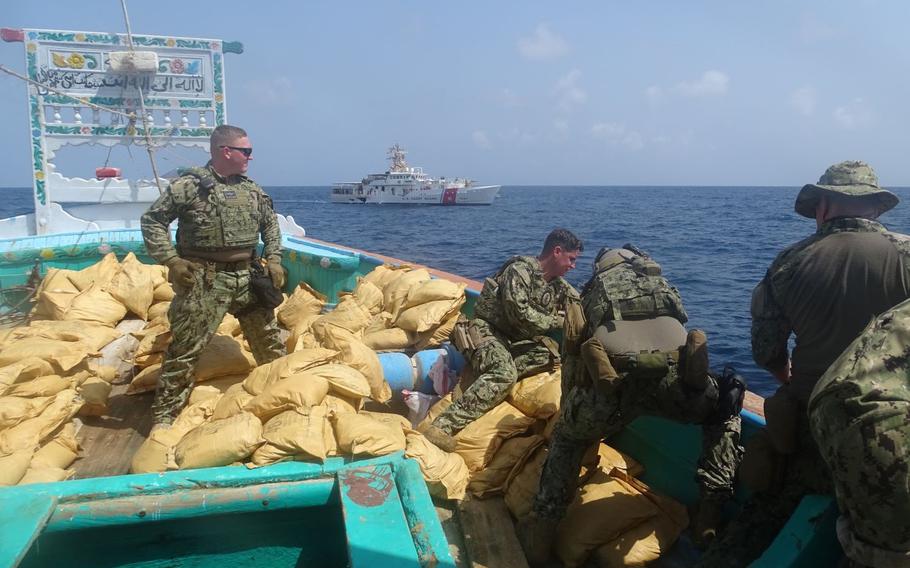 The U.S. seized nearly $100 million in illicit drugs this week from fishing vessels in the Gulf of Oman as part of a multinational effort in the Middle East to stem the tide of trafficking on the seas, Navy officials said.

On Tuesday, the Coast Guard fast response cutter Charles Moulthrope seized 5,313 pounds of heroin worth an estimated $85 million from a fishing vessel in international waters in the Gulf of Oman, U.S. Naval Forces Central Command said in a statement the same day.

On Wednesday, the destroyer USS Delbert D. Black confiscated 15,873 pounds of hashish worth an estimated $10 million from another fishing vessel, also in the Gulf of Oman, the Navy said in a separate statement Thursday. 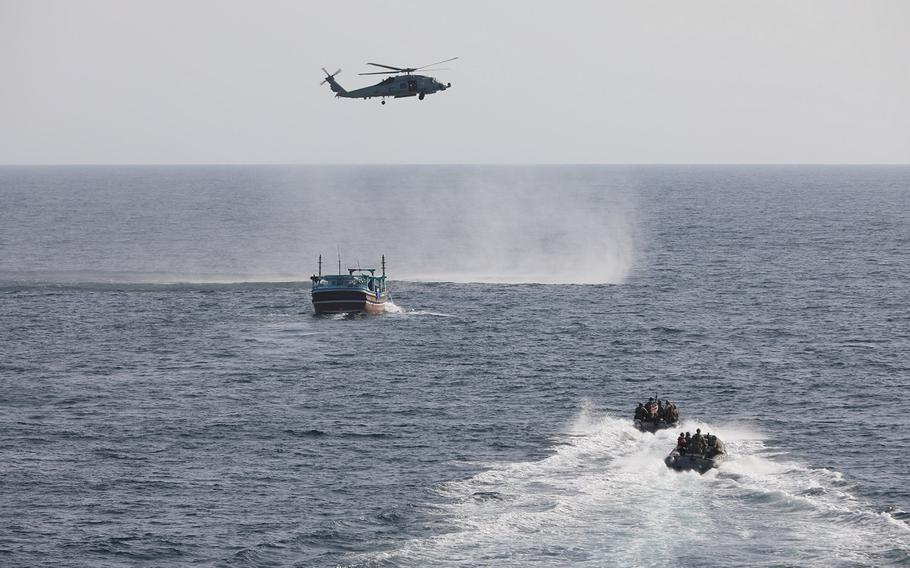 An interdiction team from the destroyer USS Delbert D. Black approaches a fishing vessel in the Gulf of Oman on Sept. 28, 2022, as an MH-60R Sea Hawk provides aerial support. (Jeremy R. Boan/U.S. Navy) 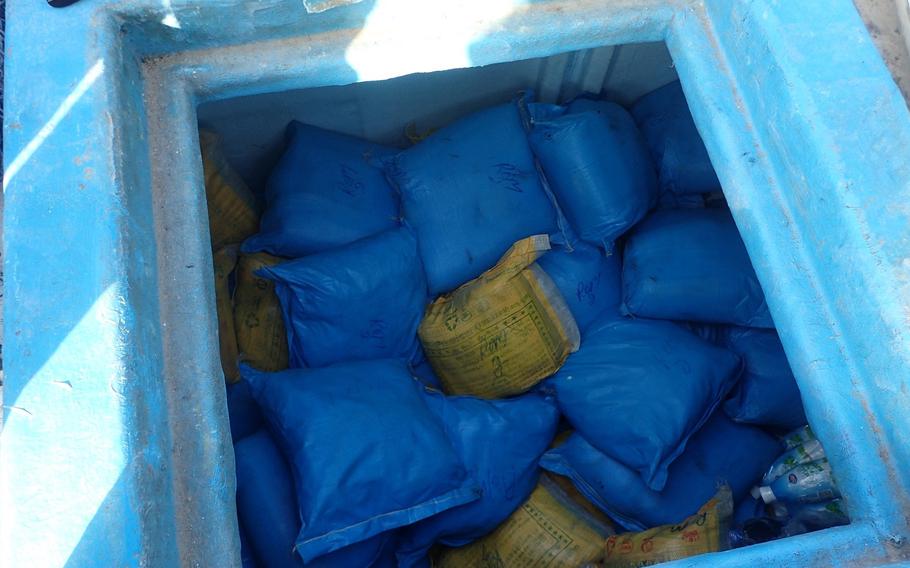 Bags of illegal narcotics sit in a storage compartment aboard a fishing vessel interdicted by crews of the USS Delbert D. Black in the Gulf of Oman on Sept. 28, 2022. (U.S. Navy)

Delbert D. Black has been patrolling waters in the Middle East since August in support of 5th Fleet, which is headquartered in Manama, Bahrain, the Navy said.

Homeported at Naval Station Mayport in Florida, the ship deployed in August as part of the USS George H.W. Bush Carrier Strike Group, which is operating in the Mediterranean Sea in the U.S. 6th Fleet area of responsibility.

This is the first deployment for Delbert D. Black, which has a crew of more than 300 and a detachment from Helicopter Maritime Strike Squadron 48, the Navy said.

The Coast Guard’s Charles Moulthrope was operating in support of the Saudi Arabia-led Combined Task Force 150, one of four task forces under Combined Maritime Forces.

Homeported in Bahrain, the ship has a crew of nearly 30 and has been operating in the Middle East since May 2021.

The multinational partnership has made 13 drug interdictions so far this year, resulting in the seizure of nearly $300 million in heroin, methamphetamine, amphetamine pills and hashish, the Navy said.