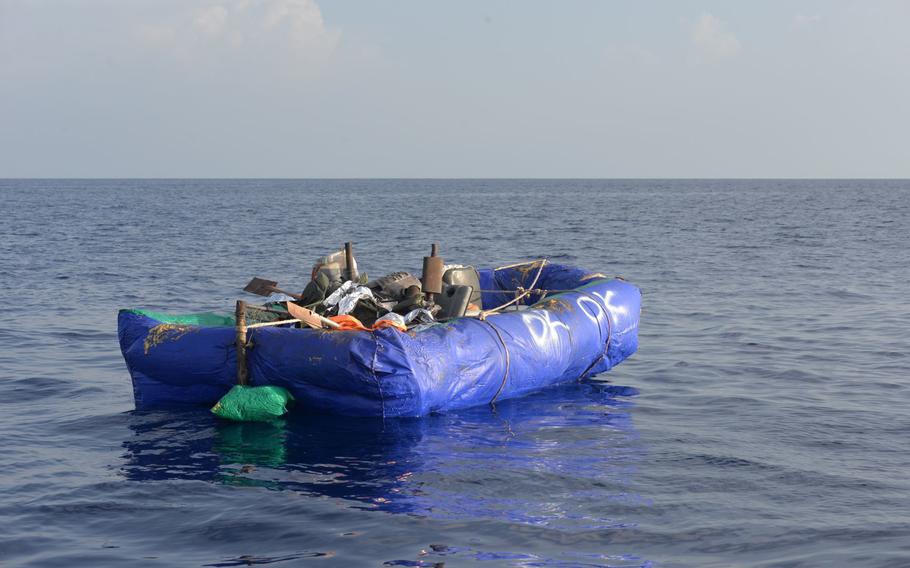 (Tribune News Service) — The U.S. Coast Guard on Saturday returned 35 people to Cuba after stopping them off the Florida Keys in five separate instances.

The stops took place between Wednesday and Sunday. In two cases, people were traveling on inflatable rafts. In another, migrants were using a 20-foot fishing boat.

The other stops involved people on what the Coast Guard calls “rustic” vessels, which typically means homemade makeshift boats.

Marine migration attempts from Cuba to the U.S. continue to climb with the number of people willing to make the dangerous trip across the Florida Straits now above 700.

Despite warnings from U.S. officials that these trips can be fatal, migration attempts persist as Cuba remains mired in economic, political and healthcare crises.

“Navigating the Florida Straits is difficult and unpredictable in rustic vessels,” said Lt. Cmdr. Mario Gil, the Coast Guard liaison officer at the U.S. Embassy in Havana. “Taking to the seas on unsafe vessels is dangerous and can result in loss of life.”

In all five recent instances, the people were brought aboard the Coast Guard Cutter Raymond Evans and were in good health, the agency said.

The Coast Guard reported the following stops at sea:

▪ On Friday, a Customs and Border Protection Air and Marine Operations airplane crew notified Sector Key West of a rustic vessel with nine people aboard about two miles south of Marathon.

▪ On Thursday, someone notified Sector Key West of a green raft with three people aboard about 23 miles southeast of Marathon.

▪ Also on Wednesday, a Customs and Border Protection Air and Marine Operations airplane crew spotted a 20-foot fishing vessel with five people aboard about 25 miles south of the Middle Keys city of Marathon.