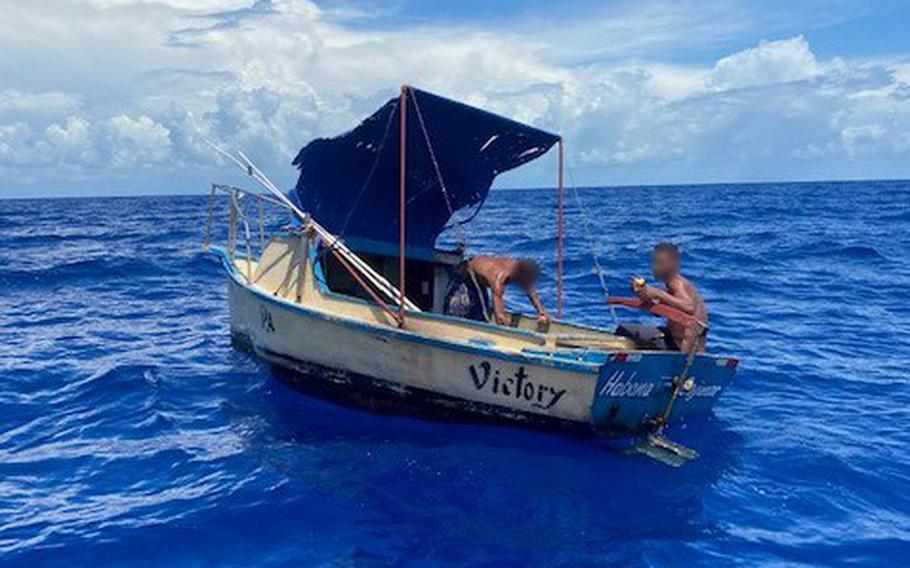 (Tribune News Service) — The U.S. Coast Guard on Wednesday returned 19 people who were caught at sea off the Florida Keys last week in four separate instances, according to the agency.

Since Oct. 1, Coast Guard crews have stopped 663 Cubans willing to make the dangerous journey across the Florida Straits in attempts to reach the United States, compared with 49 in all of fiscal year 2020. The federal government tracks migration by fiscal year, which runs from October to October. In fiscal year 2019, the Coast Guard stopped 313 Cuban migrants.

“Navigating the Florida Straits is difficult and unpredictable in rustic vessels,” said Lt. Cmdr. Mario Gil, the Coast Guard liaison officer at the U.S. Embassy in Havana. “Taking to the seas on unsafe vessels is dangerous and can result in loss of life.”

In each of the four recent instances, the Coast Guard said it learned of a “suspicious vessel” on the water. The migrants found aboard were transferred to the Coast Guard Cutter Charles David Jr., which returned all 19 people to Cuba on Wednesday.

The Coast Guard reported these details about the stops:

▪ On Aug. 7 at 10 a.m., someone notified the Coast Guard of a vessel about 15 miles east of Key Largo. Two Cuban migrants were aboard.

▪ On Aug. 7 at 4 p.m., a Coast Guard Air Station Miami aircrew notified Coast Guard Sector Key West of a vessel about 48 miles south of Marathon. Seven Cuban migrants were aboard.

▪ On Aug. 9 at 5 a.m., someone notified Coast Guard District Seven of a vessel about 78 miles southeast of Key West. Six Cuban migrants were aboard. The Coast Guard found that one person had a “valid manifestation of fear” of returning to Cuba and was transferred to the proper authorities.

▪ On Aug. 9 at 10 a.m., someone notified Coast Guard District Seven of a vessel about 78 miles south of Key West. Five Cuban migrants were aboard.