US troops intercept drone flying near THAAD base in South Korea 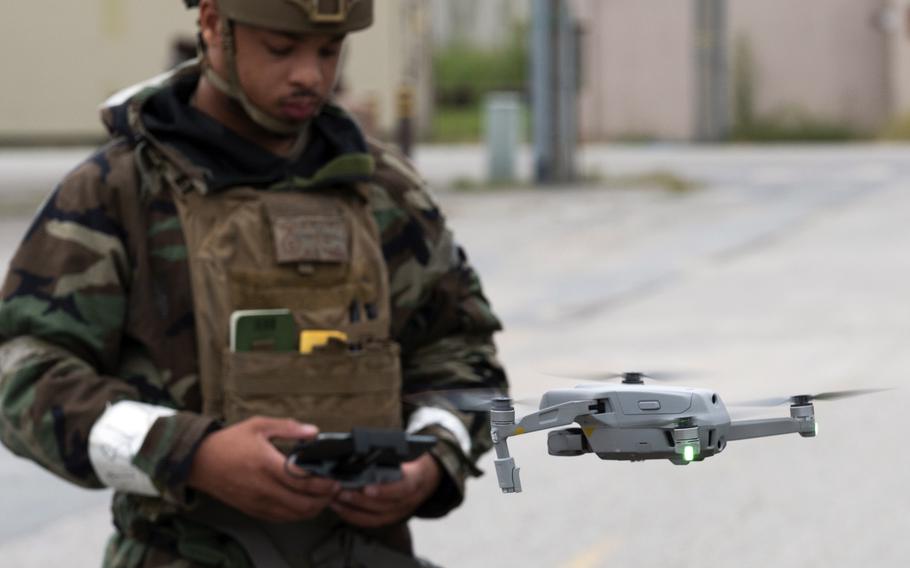 The troops “swiftly acted to deny its entry" and an investigation is ongoing, he said.

The site houses a Terminal High Altitude Area Defense system, also known as THAAD. The United States deployed the anti-missile battery to South Korea in 2017 as a defense against threats from North Korea, U.S. Forces Korea said at the time.

A U.S. soldier at the site spotted the drone at 12:54 p.m. Tuesday, according to a Yonhap News report the next day that cited South Korean military officials. The U.S. military used a jamming system to intercept the drone, causing it to possibly crash, the officials reportedly said.

A search for the drone was underway Wednesday but military officials do not believe it originated in North Korea, according to Yonhap’s report.

South Korea’s military is attuned to drone incursions after North Korea sent five of them into the country’s airspace on Dec. 26. The South scrambled fighter jets and deployed helicopters to northern Seoul and the western coast, where the drones were spotted.

None of the drones were captured and at least one is believed to have returned to North Korea, the Ministry of National Defense said last month.

South Korea’s Joint Chiefs of Staff at the time apologized for failing to capture any of the drones and said it was difficult tracking them due to their small size.