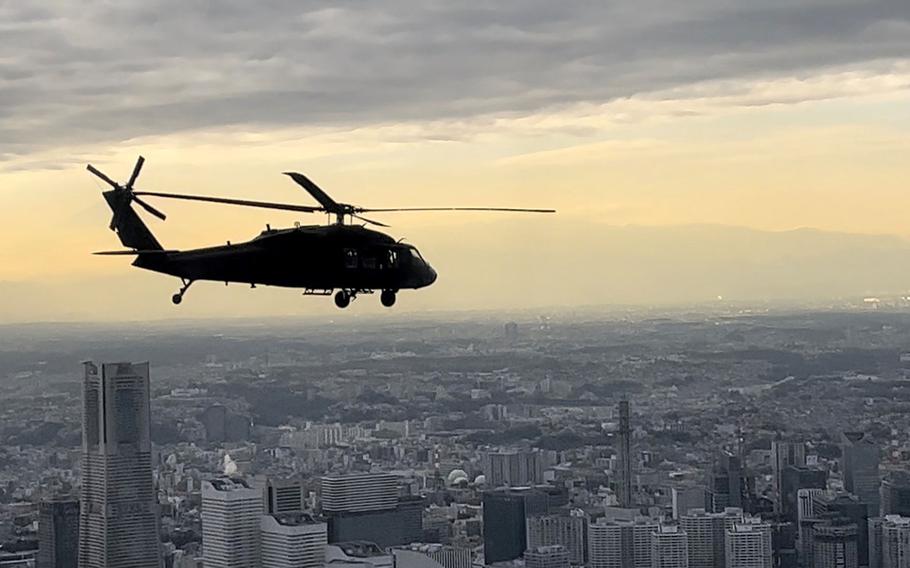 CAMP ZAMA, Japan – An aerial armada of helicopters and tiltrotor aircraft from the U.S. Army and the Japan Ground Self-Defense Force took its 42nd annual lap around Tokyo Bay on Tuesday, a tradition called First Flight.

About two dozen aircraft left Camp Zama, headquarters of U.S. Army Japan, and Japan’s Camp Kisarazu around 2:15 p.m., flew in formation over Kanagawa prefecture, including the cities of Yokohama and Kawasaki, crossed to the east side of Tokyo Bay and returned home by 3:45 p.m.

The commander of U.S. Army Japan, Maj. Gen. Joel Vowell, took in the view from one of two Army UH-60L Black Hawks. The Ground Self-Defense Force sent most of the aircraft, including MV-22 Osprey tiltrotors and long-body CH-47 Chinook helicopters, and led the way.

“This is a symbol of starting the new year for two reasons,” Vowell told Stars and Stripes after the flight. “It’s a symbol of good luck working together, and just like the first jump for the paratroopers, it wishes a safe start to the new year.” 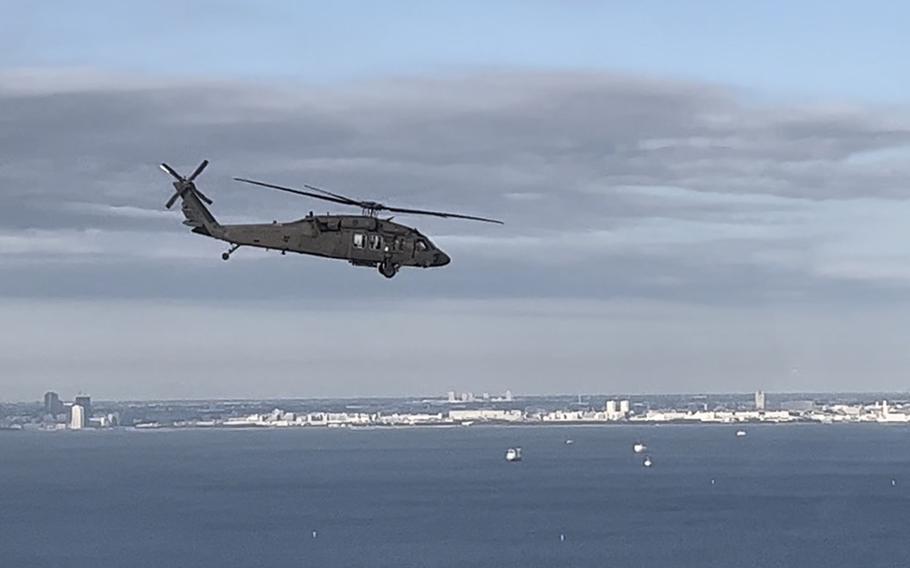 “Making these partnerships, these relationships, with our Japanese counterparts is one of the best experiences you’re going to get in the Army,” she said after the flight. “I don’t think there’s a better aviation experience in the Army than U.S. Army Japan.”

The flight was the first in three years in which aircraft numbers were not limited by COVID-19. The pandemic, which began in March 2020, put a damper on many joint exercises by the Army and its Japanese counterparts, Vowell said.

“Last year when we did this, it was very constrained,” he said. “There was no face to face and so there were some video calls and telephone calls, and it was harder to do the coordination up front.”

“It’s caused us to be less interoperable,” he said. The military often uses the word “interoperability” to describe the ability of a country’s armed forces to use another country’s training methods and military equipment. 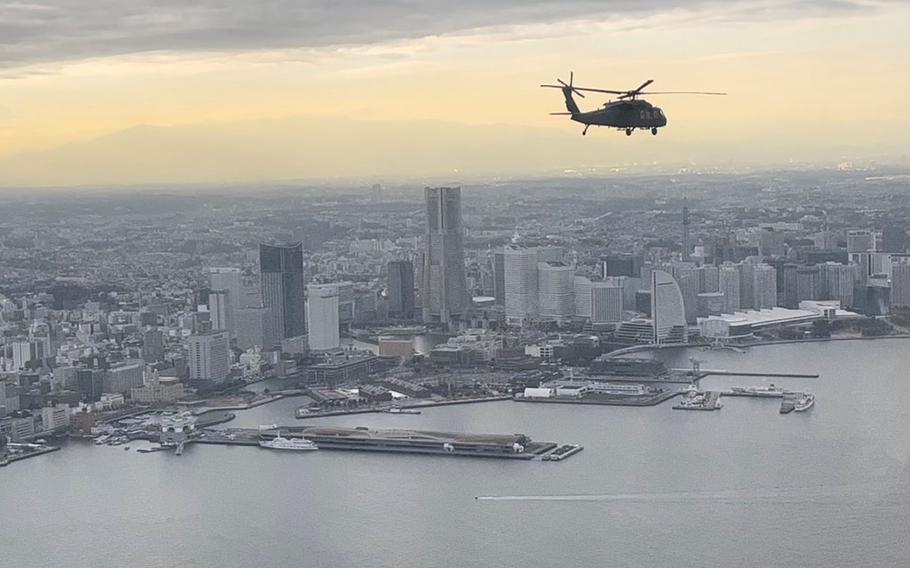 “I’m proud that we’ve mostly moved past that and we’re getting back to that normalcy that we need to be able to understand how we can support missions, fight and train together,” Vowell said.

“This battalion is punching way above their weight,” Vowell said. “The missions they support throughout the year extend beyond just Japan. They fly missions to Thailand, the Philippines, Indonesia and Australia, so the aviation unit does a lot more than just support and stay interoperable with Japan.”

The aviation battalion flies missions throughout the Pacific in helicopters and fixed-wing aircraft.

“Our reach is unbelievable, but it’s because these guys work so hard every single day,” Kiluk said. “The Army will teach you how to be a pilot or a crew chief and those are skills that you can take beyond your Army career, but there’s no other place like this.”