‘I just want them to do better’: Soldier’s mom files wrongful death claim after loss of her son at Fort Hood 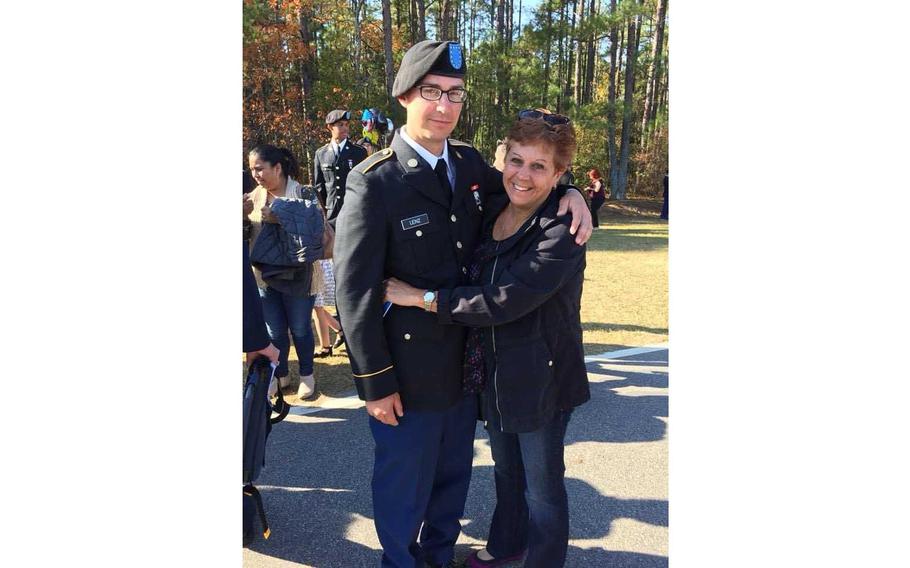 Spc. Joey Lenz with his mother Margie Taylor when he graduated from Army basic training in 2017. Lenz died Feb. 1 while assigned to Fort Hood, Texas, from the interaction of drugs prescribed to him. Taylor filed a $32 million wrongful death claim against the Army. (Photo provided by Margie Taylor)

AUSTIN, Texas — The mother of a Fort Hood soldier who died while asleep in the barracks has filed a $32 million wrongful death claim against the Army for overmedicating her son after identifying and ignoring his heart condition.

Spc. Joey Lenz, 32, was a generator mechanic assigned to the 3rd Brigade Combat Team of the 1st Cavalry Division, when he died Feb. 1 of a heart attack. The medical examiner’s report on his autopsy showed his heart was enlarged three times the normal size for a man his age, his mother Margie Taylor said.

Lenz was in the intensive care unit at Fort Hood’s Carl R. Darnall Army Medical Center for one night in March 2021. While he was there, lab tests showed he had likely suffered a heart attack and that follow-up care was needed. Lenz wasn’t told about the results and no follow up occurred, according to Taylor, who lives about a three-hour drive from Fort Hood in Conroe, Texas.

In January, Lenz was prescribed four new medications, including antidepressants and one for heart problems, in addition to five others previously prescribed to treat migraines, pain, allergies and depression. His medical records don’t show that medical staff did any testing before prescribing the new drugs, according to Taylor.

She said she received the records in late July and her son’s enlarged heart was due, in part, to his environment, mental stress and combination of drugs prescribed to him.

Her attorney Daniel Maharaj said he is still waiting for the Army to complete its final investigation into Lenz’s death, but his own review confirms what Taylor found.

“He was overprescribed medication given his heart condition and heart issues that were noted in his medical records,” Maharaj said.

The final cause of death placed on his death certificate was mixed drug intoxication, Taylor said. Aside from his prescriptions, he had kratom, a legal supplement, in his system.

“I would like accountability. I would like them to say, ‘Yes, we messed up,’ because they did mess up,” she said of the drive behind her wrongful death claim filed earlier this month. “How many other lives are going to be lost before they change things? If I don't do anything, if I don't follow a claim, nobody will notice. They want me to go away.” 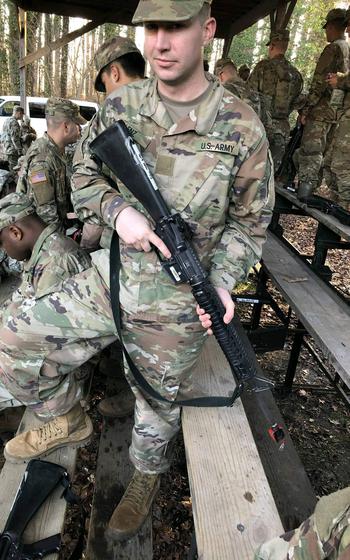 Col. Wayne Marotto, spokesman for Fort Hood, said he could not comment on the claim because policy prevents Fort Hood officials from discussing pending litigation.

After more than four years in the Army, Lenz was set to be honorably discharged in March and already had a job lined up Houston. An animal lover who volunteered at shelters, he was eager for pets of his own, Taylor said.

“All he wanted in life was to have kids, a dog and a cat,” she said.

The wrongful death claim is the first step toward filing a lawsuit against the Army under the Federal Tort Claims Act, a federal law that allows people to file civil lawsuits against the government. Service members and their families earned the right to file claims of medical malpractice through the Richard Stayskal Military Medical Accountability Act of 2019.

“My end goal is to save other families from having to go through this. It needs to stop,” Taylor said. “I know Joey would be encouraging me to keep going because it matters.”

The families of two other Fort Hood soldiers, Spc. Vanessa Guillen and Sgt. Elder Fernandes, who both died in 2020 filed claims against the Army earlier this year.

Guillen’s family filed a $35 million claim that the 20-year-old soldier faced sexual harassment, assault and mental anguish before her death in April 2020. Investigators believe a fellow soldier, who later died by suicide, killed her in an arms room on base.

Fernandes’ family is seeking $25 million in damages, claiming he did not receive adequate mental health care at Fort Hood’s hospital in the week before the 23-year-old died by suicide.

With Taylor’s claim against the Army, she said she isn’t bashing the service.

“I just want them to do better,” she said.

Outside of accountability, Taylor said she has already begun meeting with members of Congress to enact changes in the Army that she believes could have saved her son’s life. She’d like a service member’s annual physical to include blood, heart and neurological screenings alongside a full physical exam, a cap on prescriptions without intermittent physical or lab tests, and more done to understand and monitor prescription drug interactions.

In February, she said she will return to Washington, D.C., to meet with more lawmakers.

“I'm trying to do something positive with what I know and what I've learned,” Taylor said. “It's about making our military safe because they protect us and make us safe. It's not that complicated."