VICENZA, Italy — Not all paratroopers with the U.S. Army’s 2nd Battalion, 503rd Infantry Regiment deployed to Latvia last month in response to Russia’s invasion of Ukraine.

Some went skiing in Italy’s rugged Dolomite Mountains. But it was no vacation.

Scores of battalion scouts, the most physically fit of an already fit brigade, spent weeks under the tutelage of Italian Alpine, the Italian army's specialist mountain infantry famed for their winter warfare skills.

Alongside Italian and French troops in an exercise called Steel Blizzard, the scouts learned winter combat techniques, such as skiing uphill, shooting on skis and avalanche rescue. They humped across cold, unforgiving terrain for miles, fought simulated battles, then slept in the snow.

"I think it was one of the most beautiful environments I've ever been in," said 1st Lt. Jack Hanley, one of 46 paratroopers who participated in the training, which started in January and concluded Friday. 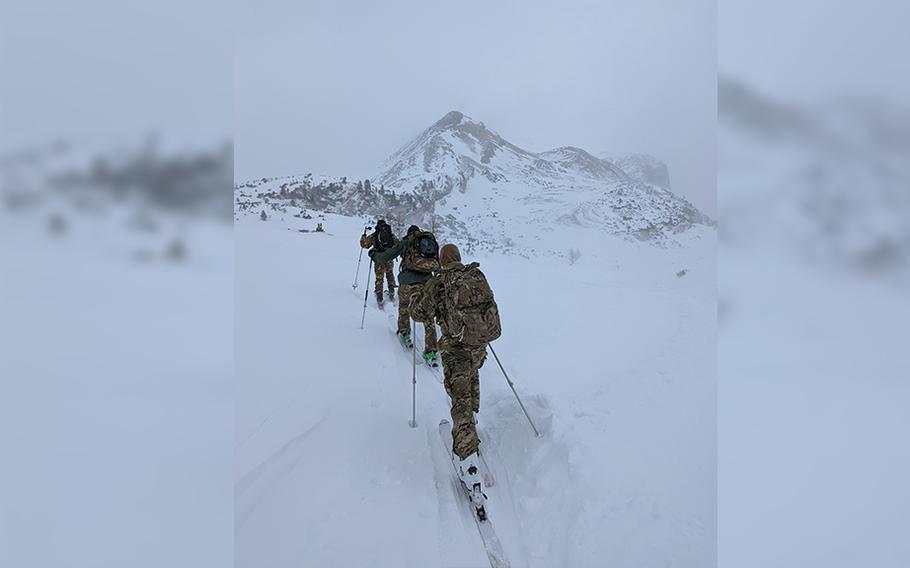 Soldiers with the 173rd Airborne Brigade ski up a slope near Usseaux, Italy, in February. The unit attended training led by the Italian Alpine, the Italian army’s specialist mountain infantry famed for their winter warfare in World War I. (Jack Hanley/U.S. Army) 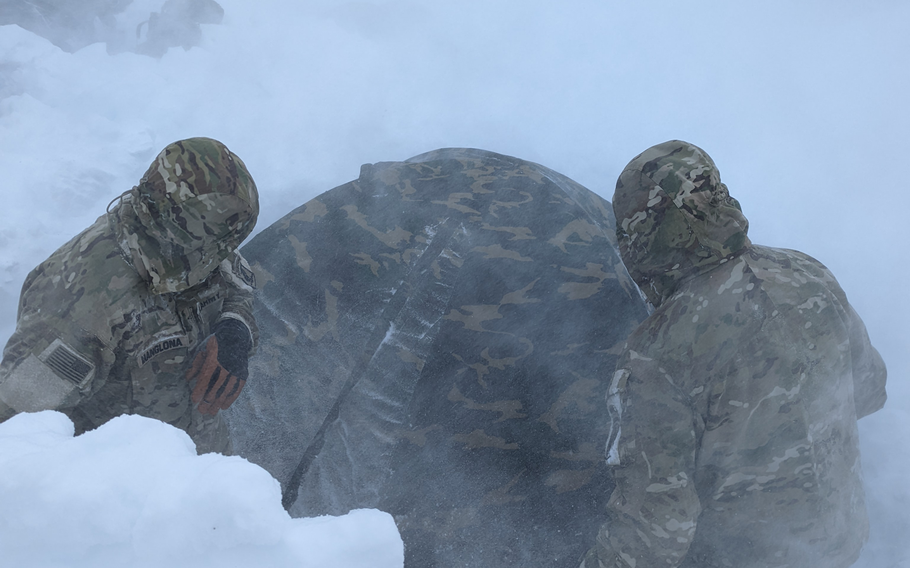 Soldiers with the 173rd Airborne Brigade establish a campsite in the Dolomite Mountains during a multiweek exercise in winter warfare techniques led by the Italian army. The training included mountainside war games lasting three days that used Ospreys and Italian helicopters to insert troops 8,200 feet high on a mountain. (Jack Hanley/U.S. Army)

"It was a great opportunity for the guys to be out on the mountain, learning skills that translate to their jobs, conquering difficult slopes as well as climbing mountains on skis," Hanley said in a recent phone interview.

Only six of the scouts had ever previously been on skis, Hanley said.

"But by the end of the third week, 99% of us qualified for the advanced Italian ski course," he said.

In recreational terms, that means they could successfully navigate a black diamond run.

As the training progressed, the recreational aspect gave way to hard work. On one overnight movement, they skied for 8 miles cross-country, and, with gripping "skins" on the bottom of their hybrid skis, up the mountain.

They slept in tents that night. On another night, they slept "tactically" a few hours at a time outside without tents, Hanley said, adding that the temperature got down to minus 10 degrees Fahrenheit.

Steel Blizzard is conducted in the Dolomites and a forest west of Turin every few years. Brigade troops train with Italian and French service members under NATO auspices. 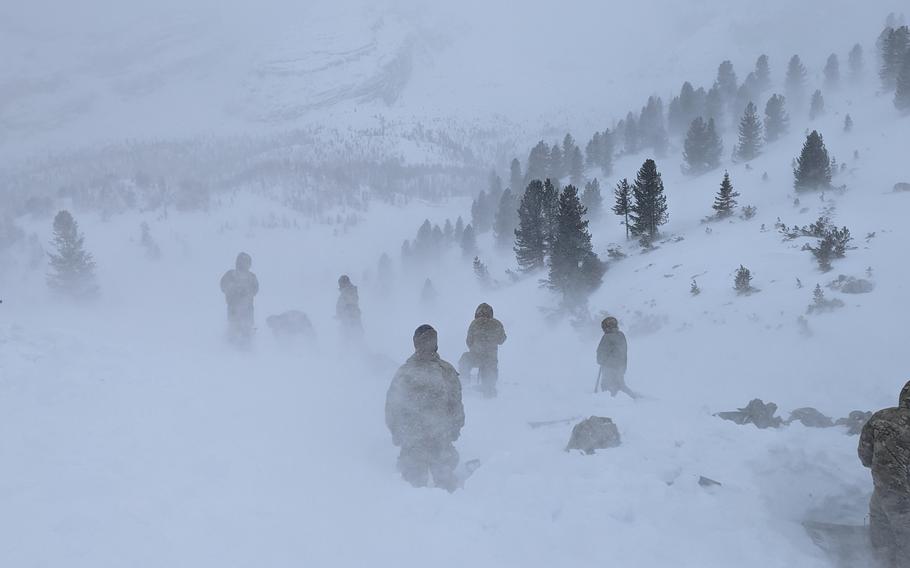 Soldiers with the 173rd Airborne Brigade train with the Italian army in the Dolomite Mountains during a multiweek exercise in winter warfare techniques near Usseaux, Italy, in February. (Jack Hanley/U.S. Army)

The training is all in English, even when Italians are speaking to each other, Hanley said.

Steel Blizzard’s concluding three days grew more intense. Ospreys and Italian helicopters inserted the troops on a mountain at an elevation of 8,200 feet.

Winter warfare was waged on a significant scale in World War I and World War II, and training for it continued during the Cold War as preparation for a potential conflict with the Soviet Union.