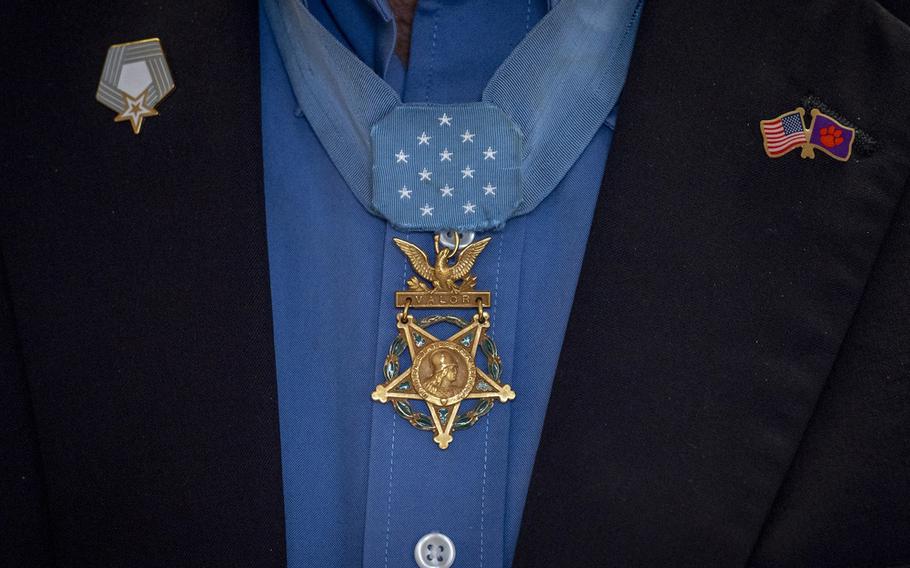 Nine U.S. Army soldiers may receive the Medal of Honor or have previous awards upgraded to the Distinguished Service Cross after President Joe Biden signed the 2022 National Defense Authorization Act on Monday.

The defense spending bill, which authorizes $740 billion in funds for the Department of Defense, also contained a clause that authorized Biden to present the Medal of Honor - the United States’ highest military award - to five soldiers. Another four additional soldiers are also eligible to have their Silver Star awards upgraded to the Distinguished Service Cross, the Army’s second highest award behind the Medal of Honor.

The provision bypasses constraints imposed by U.S. law that stipulate the awards must be made no more than five years after the deeds that earned them for the recipients.

Three of the five eligible to receive the Medal of Honor served in the Korean War; the remaining two served in the Vietnam War. All five were previously decorated:

Johnson, Nakamura and Orig earned their awards posthumously; Kaneshiro was killed in a subsequent action, according to the Military Times.

The four soldiers eligible to have their Silver Star awards upgraded to the Distinguished Service Cross all served during the Battle of Mogadishu in Somalia in 1993, also known as the Black Hawk Down incident. They are:

The upgrades are not the first of their kind this year for Mogadishu veterans. In July, the Army upgraded 60 medals for Army special operators who took part in the battle, most of whom were not named publicly. Those included 58 Silver Stars and two Distinguished Flying Crosses.