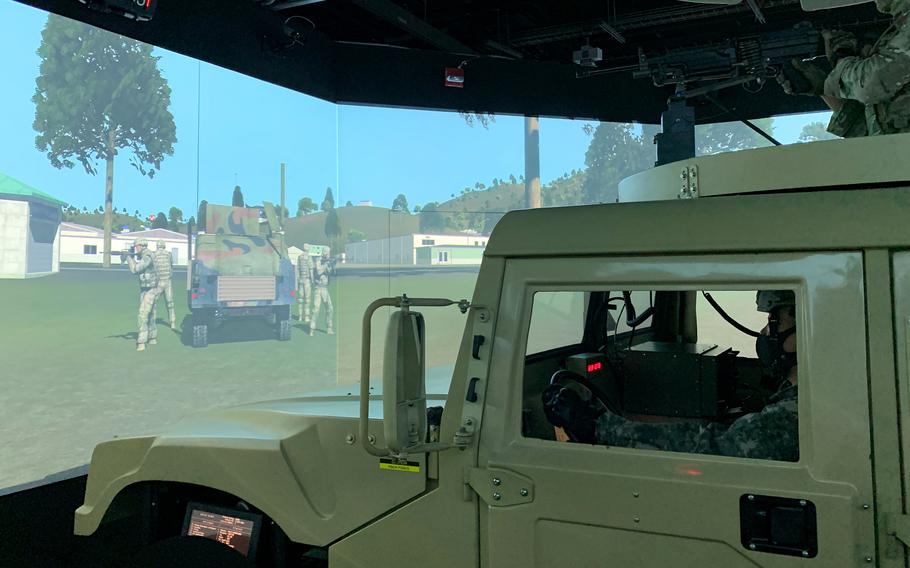 CAMP HUMPHREYS, South Korea — Senior noncommissioned officers from the U.S. Army and South Korean military resumed an annual joint-exercise at Camp Humphreys on Monday, following a yearlong pause due to the COVID-19 pandemic.

The “Mangudai” senior leader development training is a three-day exercise focused on refreshing sergeants major with fundamental tasks that are traditionally conducted by junior soldiers, along with working alongside their counterparts in the U.S. and South Korean militaries. The term is derived from the 13th century Mongol tribes’ selection process, according to the Army.

Forty-eight sergeants major, over half of whom are from South Korea, participated in the exercise at the Lt. Gen. Thomas J. Vandal Training Center on Humphreys, the largest U.S. military base overseas.

“This training really continues to build a relationship … with the [South Koreans] and U.S.,” Command Sgt. Maj. Walter Tagalicud, U.S. Forces Korea’s senior-most enlisted soldier, told Stars and Stripes on Tuesday. “We have to set the example of what ‘right’ looks like. We, as the senior enlisted leaders, are trainers at the lowest level to the highest level.” 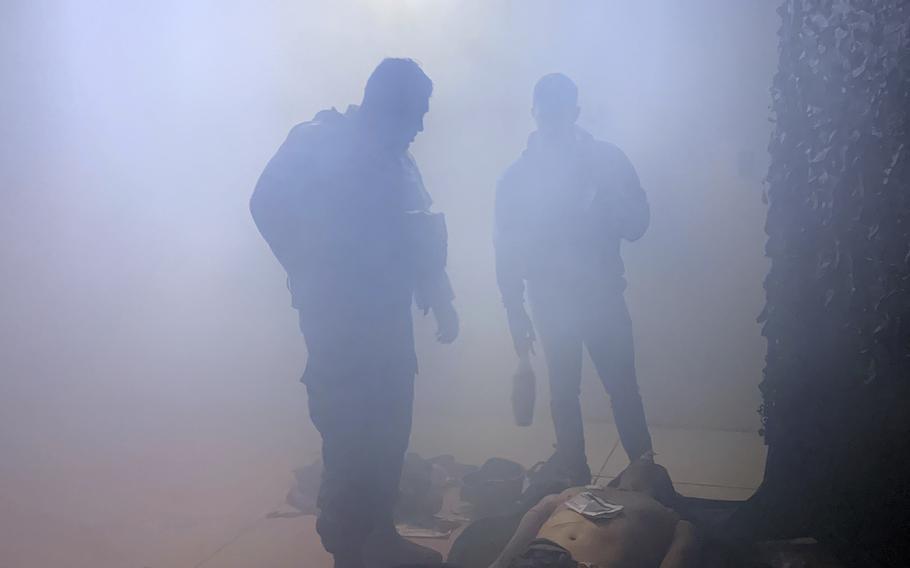 In one scenario, South Korean troops conducting a simulated convoy with their American counterparts were forced to fix jammed M249 machine guns and M16 rifles during an ambush.

At one point, the troops communicated among themselves over the radio in Korean but were forced to change to English after having their access to interpreters revoked.

That language barrier is a key element in the training, said Master Sgt. Philip Piennette, an infantryman and a trainer in the exercise.

“In an ideal scenario … there will always be an interpreter present,” he said. “However, the reality of combat, for those who have served in Iraq and Afghanistan, know that that is not always the case. So, when you have an alliance or partnership, you have to develop the ability to communicate through a language barrier.”

Roughly 28,500 U.S. troops are stationed in South Korea, the majority of them at Humphreys, about 40 miles south of Seoul. The base is home to Eighth Army, the 2nd Infantry Division, U.S. Forces Korea and United Nations Command.

The U.S. and South Korean militaries frequently train together and have widely publicized their activities. Recently, however, the allies reduced the number of military assets used in the exercises and limited the amount of information about them. limited media access to the events.

A South Korean military official who spoke with Stars and Stripes on the customary condition of anonymity said in October that while the COVID-19 pandemic played a role in scaling back the exercises, the military was making its joint operations “low-key” in light of the ongoing diplomatic outreach to North Korea.

The communist regime regularly protests military drills by the allies and continues to demand the full withdrawal of U.S. troops from the Korean Peninsula.