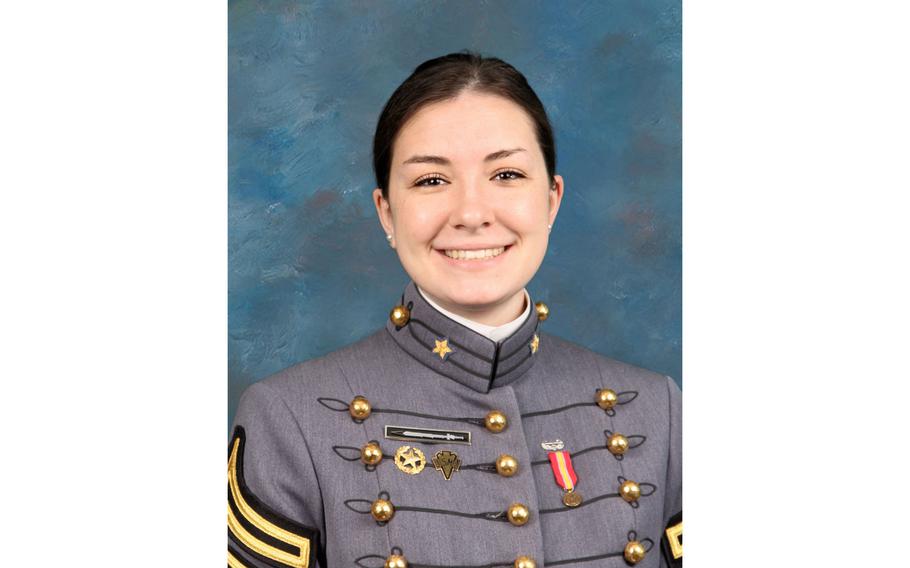 Three years ago, Pratt was one of them — a nervous freshman, or plebe, at the United States Military Academy, enduring heat, rain and the uncertainty of basic training.

Now she's about to become the top cadet at West Point.

On Sunday, the senior from Liberty Lake will become the First Captain of the Corps of Cadets. She will follow in the footsteps of Douglas MacArthur, William Westmoreland and other top American generals who held the same position.

Pratt becomes only the seventh woman in the two-century history of West Point to carry the mantle of First Captain.

When Pratt assumes her new duties on Sunday, she will be responsible for the overall performance of about 4,400 cadets by implementing a class schedule and acting as a liaison between the Corps of Cadets and the academy's administration.

"Being named First Captain means for me an opportunity to serve others to the best of my ability and pay tribute to the legacy of those mentors and friends who have helped me throughout my time at the academy," said Pratt, a 2018 graduate of Central Valley High School.

Last month, rifle in hand, she led the underclassmen through their paces. Some were exhausted, mentally and physically. That's when Pratt stepped up.

"Cadets often get cynical out here, but if you can provide a fresh perspective for them, that definitely helps people improve their moods," Pratt said earlier this summer.

"We all got together and sat down one night and had a meeting," Pratt said. "I talked with the trainees about my experiences at West Point, and senior officers talked about working in a combat environment and I feel that discussion, boosted everyone's morale."

"As the regimental commander, I learned more about leadership in these 2 1/2 weeks than in any other leadership position I've held in the past," Pratt said. "This summer's motto is 'Eager to Serve, Willing to Lead,' which stems from the idea that your service comes first, and this leadership position allows me to provide the service the cadets need to be successful."

Pratt also has set a strong example, winning awards for academic research and performance, the Dean's Pentathlete Award for five semesters for earning an "A" in every graded academic, military and physical event in one semester, and the Superintendent's Award for Excellence for being in the top 5% of the class academically, militarily, and physically.

A club soccer player in Spokane, she was co-captain of the academy's women's handball team.

Pratt is leading through a sense of duty but also from a sense of history — not surprising, considering she's majoring in military history with a minor in Arabic.

On Monday, she recalled a trip to Europe while still at Central Valley. Always a student of military history, she visited the Normandy American Cemetery and viewed the headstone of a 16-year-old boy who died in that campaign.

"You realize in that moment that I have already outlived that person who had sacrificed his future to be able to help those who were on a different continent," Pratt said Monday.

On that same trip, Pratt visited the site of a Nazi concentration camp. Gazing at a photo of one of the victims, she "looked into the eyes" of a victim and saw the transformative power of the armed services "in helping to empower others."

"I asked why she chose the Army and not another branch, and she said that's where she could make the biggest difference," Sarah Pratt said.

After hearing the news of her promotion, her parents, Sarah and Gavin, were "overwhelmed with emotion," her mother said. "She truly believes in what she is doing."