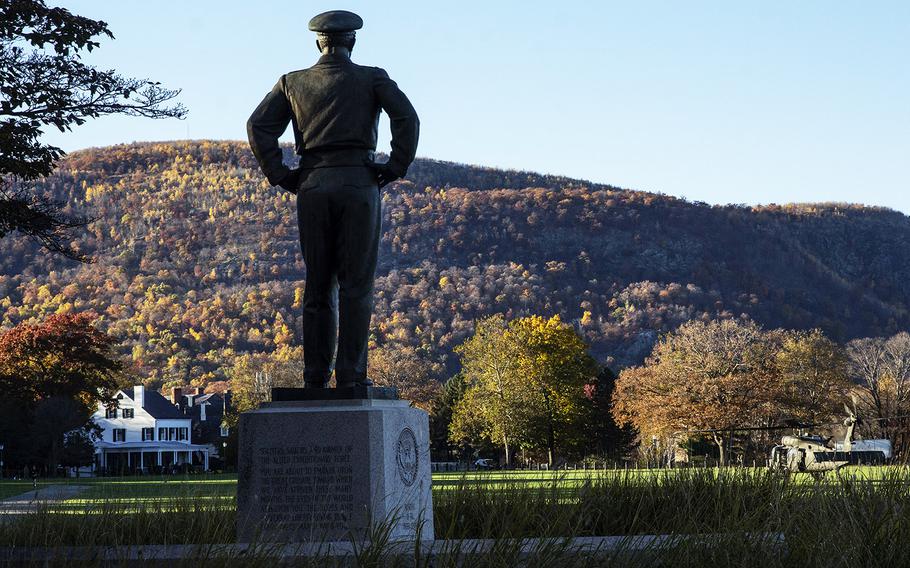 Buy Photo
A statue of Gen. Dwight D. Eisenhower, Class of 1915, overlooks The Plain at the U.S. Military Academy in West Point, N.Y., in 2016. (Joe Gromelski/Stars and Stripes)

Buy Photo
A statue of Gen. Dwight D. Eisenhower, Class of 1915, overlooks The Plain at the U.S. Military Academy in West Point, N.Y., in 2016. (Joe Gromelski/Stars and Stripes) 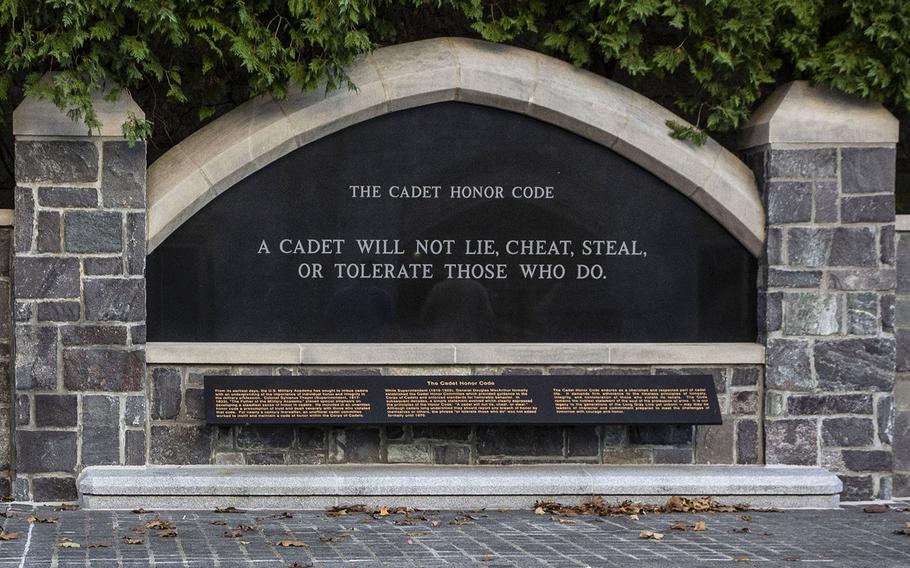 WASHINGTON — The U.S. Military Academy at West Point accused more than 70 underclassmen of cheating on a math final exam in the spring while the students were taking online courses because of the coronavirus pandemic, officials at the New York institution said Tuesday.

West Point officials said 72 plebes — the academy’s term for freshmen — and one second-year cadet were accused of cheating on a calculus final in May when instructors found “irregularities in the mathematical work submitted by cadets” during the grading process. Academy officials said 59 of the accused cadets admitted to cheating on the test. There are about 1,200 cadets in each underclassmen class.

“[The] West Point honor code and character development program remains strong despite remote learning and the challenges brought by the pandemic,” Army Lt. Col. Christopher Ophardt, an academy spokesman, said in a statement. “Cadets are being held accountable for breaking the code.”

West Point cadets are strictly held to the storied academy’s code: “A cadet will not lie, cheat, or steal, or tolerate those who do.” The code is enforced by West Point upperclassmen, a role that is meant to prepare them for the challenges of ensuring discipline as Army officers upon their graduation, Ophardt said.

West Point upperclassmen, guided by Army lawyers and military ethics experts, led the probes into the cheating allegations, which is the largest academic scandal reported by the academy since 153 cadets resigned or were expelled for cheating on an electrical engineering exam in 1976.

After investigations and preliminary hearings were completed late last month, four cadets resigned from the school and two cases were dismissed for lack of evidence.

The incident was “disappointing” for West Point, Ophardt said, adding the academy’s honor system was properly addressing the scandal. He said the 67 cadets still involved in the incident “will be held accountable for their actions.”

West Point officials believe the cheating incident would not have occurred had the students not been studying remotely. Cadets were instructed to return to their homes after West Point’s spring break in March as the coronavirus spread rapidly across the United States. They completed the 2019-2020 school year via virtual learning. West Point returned its cadets to campus at the beginning of the fall semester in August, and students have been taking courses in person and virtually.

Ophardt declined to provide details Tuesday about how the students cheated because cases remained open.

Among the 59 cadets who admitted cheating, 55 were enrolled in an academic rehabilitation program that West Point instituted in 2015 called the Willful Admission Process, the school said. To be eligible for that program, cadets must show sincerity in admitting to breaking the honor code, demonstrate a desire for rehabilitation, not have had any previous violations, and must be recommended for retention by upperclassmen, according to a West Point description of the program.

That six-month program pairs cadets with mentors and forces them to meet several times each week to discuss the meaning of West Point’s honor code and write essays on their experiences. It was meant to provide young cadets who make a mistake with a second chance to prove they can become capable Army officers, according to the school.

The four remaining cadets who admitted to cheating did not meet criteria for the Willful Admission Program, officials said. They will face boards who will determine their futures at West Point.

The eight other cadets who did not admit to cheating and whose cases were not dismissed will face hearings to determine whether they violated the honor code. If they are found guilty, a board will determine their punishment, including the potential for expulsion, officials said.

Ophardt said Tuesday that school leaders consider the 1976 cheating case much more serious, partially because it was coordinated by firsties -- cadets in their senior year. Those involved were caught in the act, but the administration botched the handling of the investigation, he said.

“It was a mess,” Ophardt said. “The whole system broke down.”

After that scandal, the Army secretary hired Frank Borman, a former astronaut, to lead a commission to review the incident. That probe determined about 90 of the cadets in that case did not receive fair due process. West Point in 1977 offered reinstatement to those cadets. Seventy of them took the offer, graduated and commissioned into the Army, Ophardt said.

One member of Congress on Monday called for West Point to be transparent about the new cheating incident.

"Our West Point cadets are the cream of the crop and are expected to demonstrate unimpeachable character and integrity," Rep. Jackie Speier, D-Calif., who leads the personnel subpanel of the House Armed Services Committee, told USA Today, which first reported the cheating allegations. "They must be held to the same high standard during remote learning as in-person."