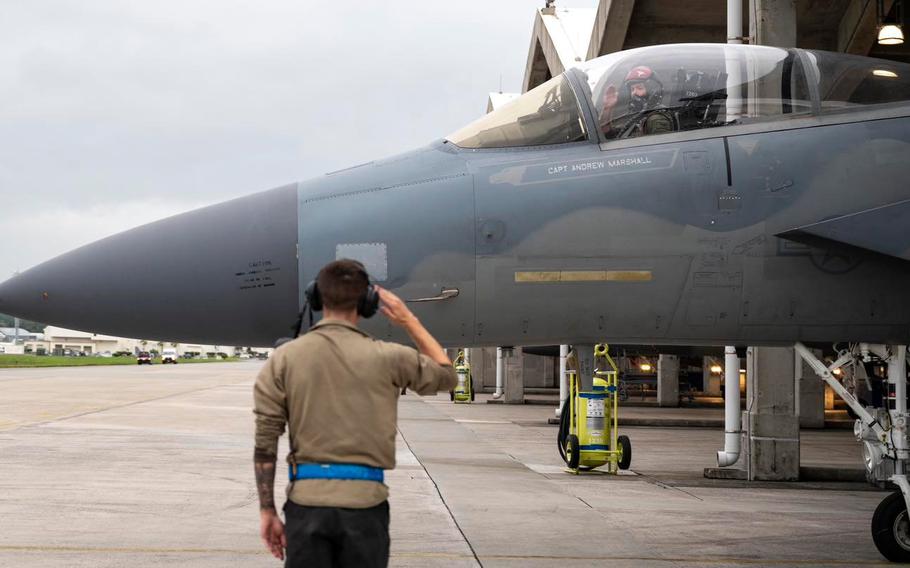 The first contingent of F-15C/D fighters to permanently depart Kadena Air Base, Okinawa, lifted off Thursday, bound for service with the National Guard or storage in the Air Force boneyard.

The Air Force on Oct. 27 announced plans to replace the two units of F-15 Eagles positioned on Okinawa — the 44th and 67th Fighter Squadrons — with rotating units of more advanced, fifth-generation F-22 Raptor stealth fighters for the foreseeable future.

About a dozen Raptors from Joint Base Elmendorf-Richardson, Alaska, touched down at Kadena on Nov. 3.

The phase-out of the 48 Eagle fighters positioned 43 years on Okinawa is supposed to take place over two years with no gaps in fighter coverage, according to the Air Force. 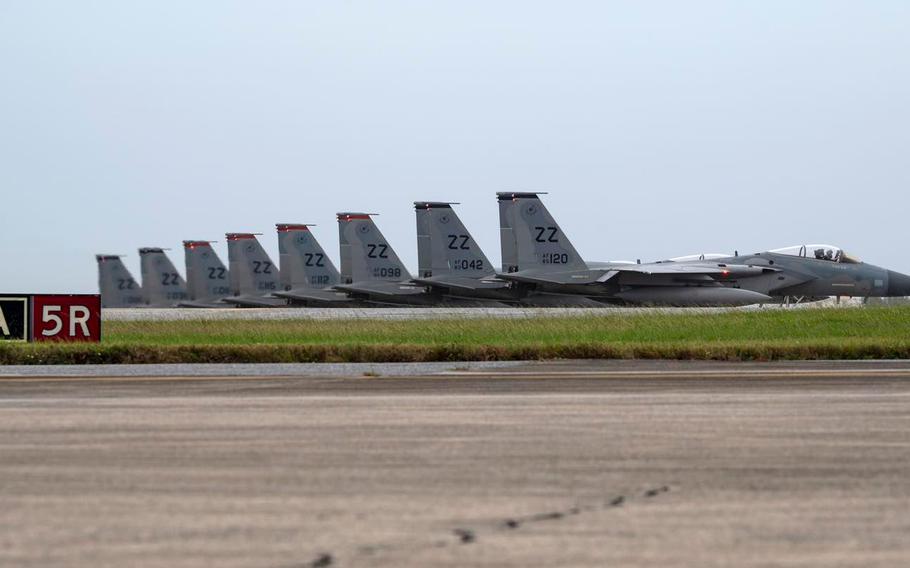 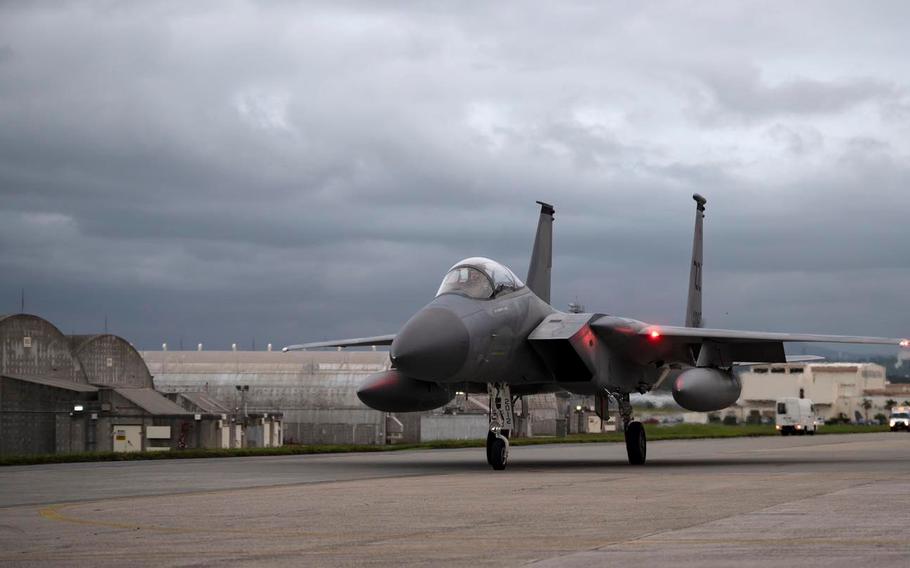 An F-15C Eagle of the 44th Fighter Squadron taxis down the flightline for the final time at Kadena Air Base, Okinawa, Dec. 1, 2022. (Jessi Roth/U.S. Air Force)

A spokesman at Kadena, Staff Sgt. Kyle Johnson, on Friday declined to say how many F-15s departed Thursday or how many F-22s are expected inbound. But the official Facebook page for Kadena showed eight F-15s ready to taxi for take-off Thursday.

“Unfortunately, we don't discuss details of inbound and outbound deployments due [to] operational security concerns,” an email from Johnson states.

“Me and the boss took a picture with his favorite F-15C Eagle before it leaves Kadena for good,” Woods wrote on the post. “Bittersweet.” 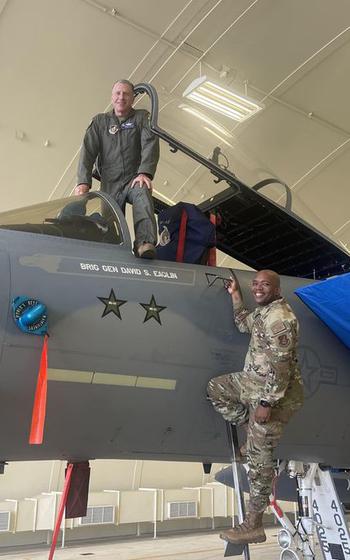 The Air Force plans to pull the F-15s from Kadena in phases and replace them with F-22s on six-month rotations.

Some fighters will remain in service with Guard units across the U.S. while others are stored at the 309th Aerospace Maintenance and Regeneration Group at Davis-Monthan Air Force Base, Tucson, Ariz., Waters wrote.

The 18th Wing, originally the 18th Tactical Fighter Wing, received its first F-15C on Sept. 29, 1979, according to Waters. The 67th Fighter Squadron, “The Fighting Cocks,” was the first fully operational Eagle squadron within the Pacific Air Forces, she wrote.

The Eagles are being retired due to "challenges" related to becoming obsolete, "sustainment costs, and technical airworthiness," the wing said in a previous statement.

The Raptor by Lockheed-Martin and Boeing is a multirole fighter designed for air dominance, according to the Air Force. It had 183 of the $143 million aircraft as of August.