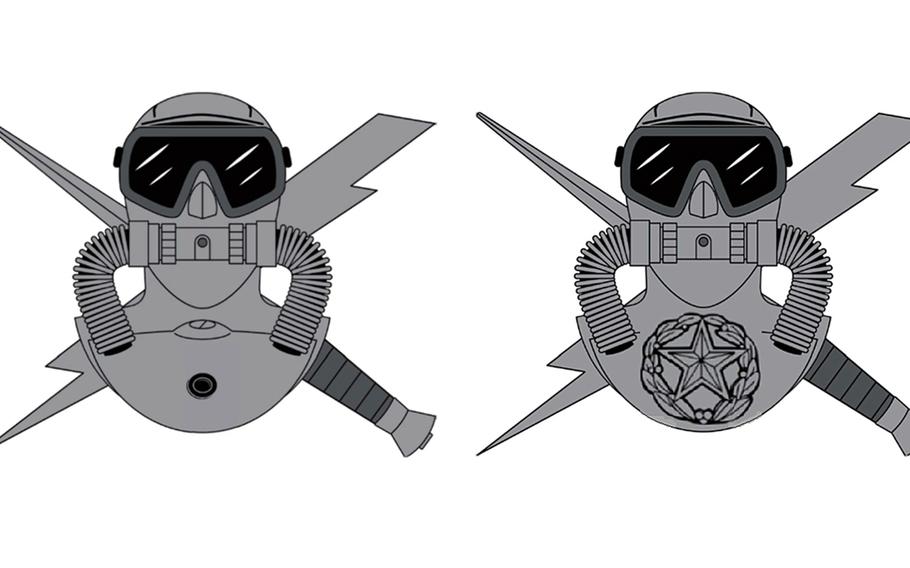 The Air Force’s elite combat divers will soon have a decoration of their own to wear.

Since 2006, airmen who graduated from the Air Force Combat Dive Course have been awarded the Navy scuba qualification and badge even though their jobs are different.

Personnel from the 350th Special Warfare Training Squadron, which is based in San Antonio, developed the new badges, the Air Force said.

Both officers and enlisted personnel may wear the new insignia as soon as it becomes available in Army and Air Force Exchange Service stores.

The patch version is expected to be in AAFES stores by the end of the month, but the metal badge is still being developed.

“Having our own service-specific qualification badge accurately represents our unique capability to augment missions ... and, most importantly, highlights our members’ heroic actions,” Maj. Gen. Charles Corcoran, deputy chief of staff for operations, said in a statement.

Other military services also have replaced the Navy scuba badge with their own.

In 2004, the Army replaced the Navy decoration for divers with the special operations diver badge. And in 2001, the Marine Corps authorized the creation of the combatant diver insignia.